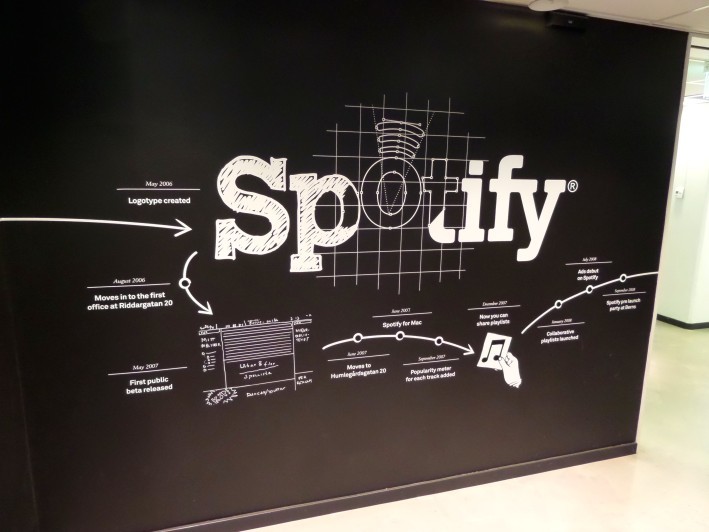 Spotify has raised $350 million in a new funding round at an $8 billion valuation, according to sources from CNBC, who added that Goldman Sachs' institutional clients took part in the fundraising.

An earlier report from the WSJ said the company was raising $400 million at an $8.4 billion valuation.

The news reports come as Spotify is reportedly seeing a significant increase in ad revenue. The company has not yet formally announced new financing and declined to comment on CNBC's report.

Spotify raises $350 million at $8 billion valuation: CNBC
Comments
Follow the developments in the technology world. What would you like us to deliver to you?
All

NEXT
Startup Spotlight: Weekdone, the Estonian startup that wants to help teams work better together
Aside from shining a light on some of Europe’s…
Charmaine Li