Kano, the UK startup that enables anyone to build and code their own computer, has raised $15 million in growth capital. TechCrunch reported the news of the funding, which comes from Jim Breyer of Silicon Valley VC firm Breyer Capital, Collaborative Fund and Jim O’Neill, former chairman of Goldman Sachs Asset Management.

Kano is also offering regular Joes like you and me the chance to invest in the round, via the Quire equity crowd-funding platform — with up to $500,000 available for community backers.

The latter move is particularly interesting, given that Kano earlier raised $1.5 million on Kickstarter. 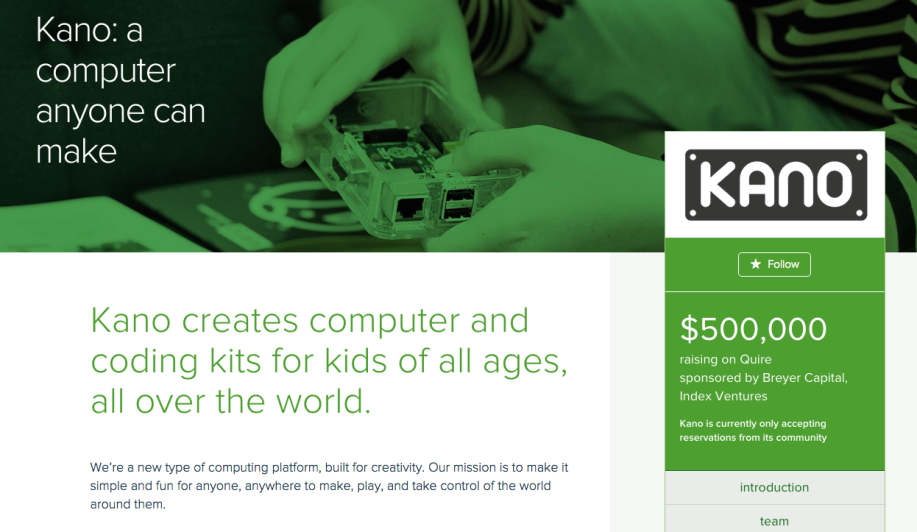 London startup Kano lands $15 million in Series A funding to expand footprint of its DIY computer kit
Comments
Follow the developments in the technology world. What would you like us to deliver to you?
All