Behind Zendesk: CTO Morten Primdahl dishes out on the challenges of going global

Zendesk started out in a loft in Copenhagen and has since become an internationally-oriented company headquartered in San Francisco. We spoke to co-founder and CTO Morten Primdahl about the journey.
Charmaine Li 14 May 2015
Share
Facebook Twitter Linkedin

What started out in a Copenhagen loft, where three friends used a kitchen door as a desk, has since become Zendesk, an internationally oriented (and public) customer service software company with more than 800 employees across its 11 offices in the US, Europe, Asia, Australia and South America. 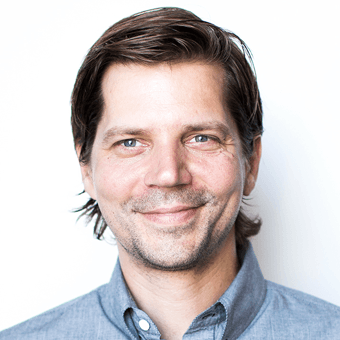 Going global is a tricky business for many European startups, so we spoke to Zendesk CTO Morten Primdahl at the Heureka Conference in Berlin recently about the technical challenges of setting up an international-facing company and why the Danish team eventually decided to move to the US.

From Copenhagen to San Francisco and then back again

Founded in 2007 by Primdahl, Mikkel Svane and Alexander Aghassipour, Zendesk aimed – from the very beginning – to change the help desk software industry with a product that was simple and transparent.

“We saw how broken the industry was with very expensive products that weren’t made for the user, that didn’t work for small companies and we were inspired to build something better,” recalled Primdahl, who previously worked with Svane at a Germany company that sold enterprise software systems for help desks.

After Zendesk when live in 2007, the team continued to develop the product in Copenhagen and began to seek out investment. But Danish investors weren’t ready for them yet.

“In 2008, there was the credit crunch and it was hard to get money anywhere, but particularly in Denmark. Back then, the accessible cash was very low and not many investors had the right risk profile to invest in an early-stage company. So we had a very hard time finding money there,” he told me.

Eventually, Zendesk raised $500,000 in seed funding from notable German investor Christoph Janz. Then the ball got rolling and the team secured an undisclosed Series A investment that took them to Boston in early 2009.

However, the trio quickly realized that they needed to be in San Francisco, where Zendesk already had a lot of customers and where there seemed to be a better cultural fit. A couple of months later, the company announced a $6 million Series B round and soon afterwards moved its headquarters to San Francisco.

Like many others, Primdahl is convinced that the best software development happens in Silicon Valley and San Francisco. “There’s such a high concentration of talented people who have seen startups go from inception to death to exit so many times,” he elaborated, “When you move into that climate, you can’t help but learn and get inspired by these people.”

Zendesk’s goal was to be global and cater to a wide audience from day one, which at the time meant offering its service in English as well as translating the application into several languages. But it wasn’t without its challenges: “On the technical side, when we moved to San Francisco, we had no engineers left in the rest of the world... Basically, we consolidated the engineering department in San Francisco and were growing so fast we couldn’t keep up with hiring,” Primdahl said.

In San Francisco, startups are competing with the likes of Facebook, Twitter and Google for top talent and it’s no easy feat, especially since they have deep pockets, he explained. Because Zendesk needed to grow its team, Primdahl decided to go back to Denmark to search out tech talent and eventually hired five people, who then (re-)built an office in Copenhagen, which is now a team of 25.

“All of a sudden, we had more talent and more access to talent. Then we replicated that model in Melbourne and Dublin,” he said, “Working on a global scale is just a different mindset in terms of being able to hire the best people around the globe.”

In April 2014, Zendesk took another approach and acquired Singapore-based live chat startup Zopim, which expanded its footprint in Asia. It was the company’s first acquisition and the deal was reportedly worth up to $29.8 million.

These days, Zendesk competes with the likes of two other San Francisco-headquartered companies, among others: Salesforce, a company best-known for its customer relationship management tools, and Freshdesk, a fast-growing rival that recently reeled in more backing.

Aside from all the money sloshing around in the US for entrepreneurs, one of the first things that Primdahl learned upon arriving across the pond was how different people presented themselves.

“Danes are very humble and don’t really sell themselves. If a Dane walks in the door and says, ‘Hey, I think I can do this.’ You know for sure they can do it,” he posited, “Americans are raised to sell themselves more. They’re trained to stand up and present in front of the class from a very early age, so have a more outspoken nature. They’re more charismatic in presenting themselves, but it also means that sometimes they oversell themselves.”

It was an important nuance to be aware of, especially when hiring engineers in the US, Primdahl added.

So, any last words of advice for European entrepreneurs wanting to take their startup global?

“I think you should global from day one, it’s okay to solve local needs and grow small business here , but you might as well do it in a way that scales for you at a global level. And when you’re dealing with engineering, the costs are not much different – so don’t box yourself in at the get-go. Have an open mind about where it could take you,” responded Primdahl.

Behind Zendesk: CTO Morten Primdahl dishes out on the challenges of going global
Comments
Follow the developments in the technology world. What would you like us to deliver to you?
All