An IPO isn't the only possible exit for Spotify. Don't believe me? Google it...

All the signs are pointing to a Spotify IPO within the next year or two. However, Neil Murray argues that there's still one company out there who could yet provide another exit option for Spotify.
Neil Murray 29 June 2015
Share
Facebook Twitter Linkedin
Share
Send email Copy link

With the recent announcement that Spotify have hired Barry McCarthy, the CFO who took Netflix public back in 2002, came another sign that the preparation for Spotify's IPO is now in full swing. And with $526 million fresh in the company's bank account, and a valuation of $8.53 billion, they look set to reward their investors by going public next year or early 2017.

Although this is the most logical outcome for the inevitable exit,  it's not the only one, as I believe that Spotify could still be acquired. In fact, while we've been speculating about Spotify going public for two or three years now, we're still no closer to a SEC filing. Rather than seeing it as them waiting for the right time for the market to suit,  I actually view this delay as a gesticulation in the hope of a potential acquirer showing their hand.

But Who Could Afford to Buy Spotify?

Of course, with the price likely to be around $14-16 billion, this limits the potential buyers dramatically, but there are still companies out there who could afford to buy them despite the lofty price-tag.

Although it may appear a premium to pay, the rewards are clear, as despite streaming being common practice in various countries around mainstream Europe, the fact is, the market is still largely untapped.

There's still only 250 million people worldwide who choose to stream their music, and only around 37 million of these pay to do so. So, although it may have appeared that Apple were late to the party with Apple Music, in fact they are probably joining at just the right time, as more and more people become comfortable with listening to music via streaming services.

So could Apple actually be considered a potential acquirer of Spotify themselves? They've certainly got the money for it, and if you'd asked me six months ago, I'd have considered them as one of the strongest contenders. However, with the launch of Apple Music, they've clearly opted to go it alone, and are probably right in doing so, as they will become the de facto music streaming service of choice due to their dominance in the phone market, meaning Apple Music will come with everyone's phone, along with a free three month trial to entice users in.

With around $14 billion in cash and securities burning a hole in their pocket, Facebook earn the right to be a contender too, especially as they are already the beneficiaries of an existing healthy relationship with the Swedish streaming giants. However, these existing ties serve as a negative mark, as Facebook would likely have leveraged their relationship with Spotify already if they were still a serious candidate.

And despite the subsequent purchase of WhatsApp for $19 billion, during the Instagram acquisition announcement, Zuckerberg said: "This is an important milestone for Facebook because it's the first time we've ever acquired a product and company with so many users. We don't plan on doing many more of these, if any at all."

WhatsApp was simply too good an opportunity at that time to pass up on, but I don't think Spotify fits into that bracket for Facebook, so I see Zuckerberg enforcing his loosely placed rule in this case.

It is more than possible however that both Facebook and Apple have considered an acquisition before, most likely at the end of 2013 when Google were supposedly sniffing around.

And that brings us onto our number one contender, and the company that I believe if there were to be an acquisition of Spotify, would be the likeliest buyer: Google. 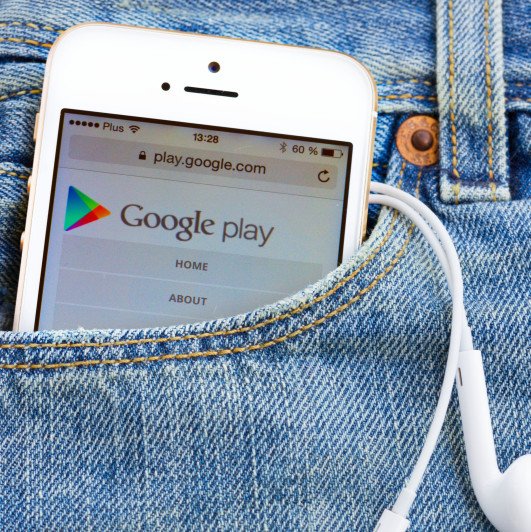 Both Google and Spotify declined to comment at the time of the previous rumours, however Google disclosed in a December 2013 letter to SEC that it had "pursued but discontinued a potential buyout of a foreign company, with a valuation estimated in the range of $4 to $5 billion."

The person close to the matter whose information was the basis for the story revealed that Google got cold feet due to the high price Spotify was asking (believed to be north of $10 billion), as well as Google'S CEO Larry Page's apparent lack of enthusiasm for subscription-based services.

(It should also be noted that Re/Code reported that their sources claimed there had been no such talks).

Well, the price-tag is even higher now, but the market has changed, and therefore possibly Page's apparent view of it has done so too. And with Apple showing their intent to own this opportunity, Google's hand is being forced so perhaps they're now more prepared to splash the cash to make Spotify the largest acquisition in their history (currently Motorola at $12.5 billion).

Already in the last couple of days, they've moved to compete with Apple and Spotify by offering a free ad-supported tier for streaming with Google Play Music in an attempt to go head-to-head with their biggest rivals. However, when your main competitors are the market leader and the world's largest technology company (by assets) as well as being the third-largest mobile phone manufacturer then you're going to need to do more than bringing your offering in line in order to win the battle.

Google Executives have reportedly long been disappointed with Google Play Music, and although the market is opening up, the competition is stiffening, so it will take a bold move in order for them to compete properly in this space. Acquiring the market-leader would enable them to do this and would give them a genuine chance of going head-to-head with Apple in this blossoming market.

There'd also be the added bonus of no bidding war with Apple and Facebook seemingly out of the picture, meaning the path would be clear for Google to revisit their previous discussions with Spotify and make a run at them again.

Although my viewpoint differs from the general consensus of an IPO, I'm not the only one with it. In fact, several of my sources close to Spotify happen to share this very opinion, and all consider an acquisition by Google to be a reasonably strong proposition.

One thing's for sure, an acquisition would suit Spotify a lot more than going public. Their controversial business model, and lack of profits does not make it an ideal fit for the scrutiny that comes with operating in the public market, and would be much better served under the care of a larger company, and for me, there is only one that can or should fit the bill - and that's Google. Stay tuned.

An IPO isn't the only possible exit for Spotify. Don't believe me? Google it...
Comments 3
Follow the developments in the technology world. What would you like us to deliver to you?
All

NEXT
Onefinestay raises $40 million growth round for its upscale spin on Airbnb
Onefinestay, a 6-year-old London company that is often billed as an upscale version of Airbnb,…
Robin Wauters