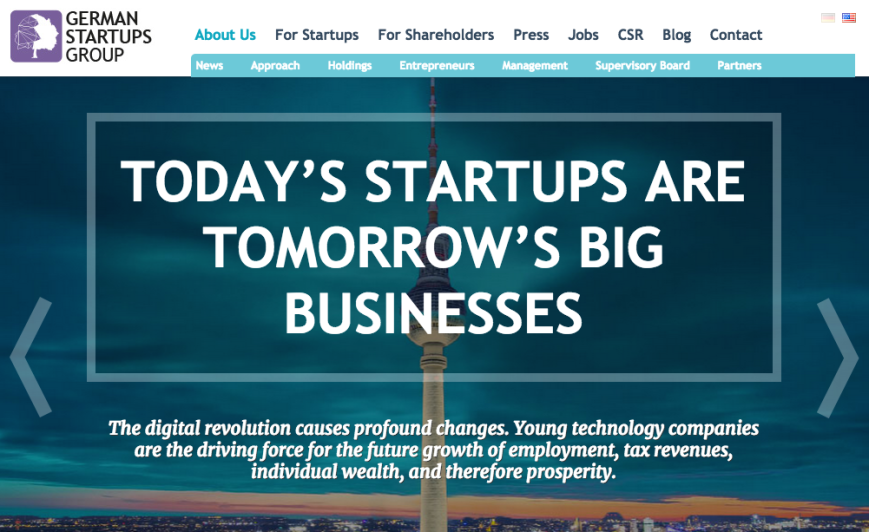 Last month, after we reported that German VC investment firm German Startups Group was gearing up for an IPO, critical voices were raised (publicly and privately) about its prospects for a successful float even in today's relatively frothy environment.

Well lo and behold: German Startups Group, which has stakes in the likes of Delivery Hero, SoundCloud, Mister Spex and Book A Tiger, yesterday announced that it has postponed its IPO indefinitely.

One of the most active VC investors in Germany's tech sector, the Berlin-based investor in a statement said it decided to postpone the planned flotation "due to the fragile capital market environment the company has seen". The company adds that its "management sees no chance of listing the company on the stock exchange at a fair price and generating the desired oversubscription" at this time.

The company had planned to raise up to 62 million euros in the offering, but last week already extended the offer period for investors to subscribe to its shares.

In a subsequent press release, German Startups Group founder and CEO Christoph Gerlinger reflected on the undoubtedly painful decision to cancel the IPO for now:

“Of course, we are extremely disappointed that we had to make the decision to postpone our planned IPO today after long, intensive preparations. Various companies have already changed or put their IPO plans on ice in recent weeks. Both we and our banks were convinced until only recently that we would be able to cope with what is currently an extremely difficult market environment due to the fact that our operational business is not affected by it. Unfortunately, we have seen that our estimation of the situation was apparently too optimistic."

It remains to be seen whether German Startups Group will try again in the near future - which will be difficult either way after this blow - or decide to stay private.

More (in German) on Deutsche Startups and Gründerszene.

"No chance": VC investor German Startups Group puts its IPO on ice
Comments
Follow the developments in the technology world. What would you like us to deliver to you?
All

NEXT
Zalando sales climb up to €738 million in Q2, but profit takes a hit due to 'an increase in payment cost'
Online fashion retail giant Zalando has…
Robin Wauters