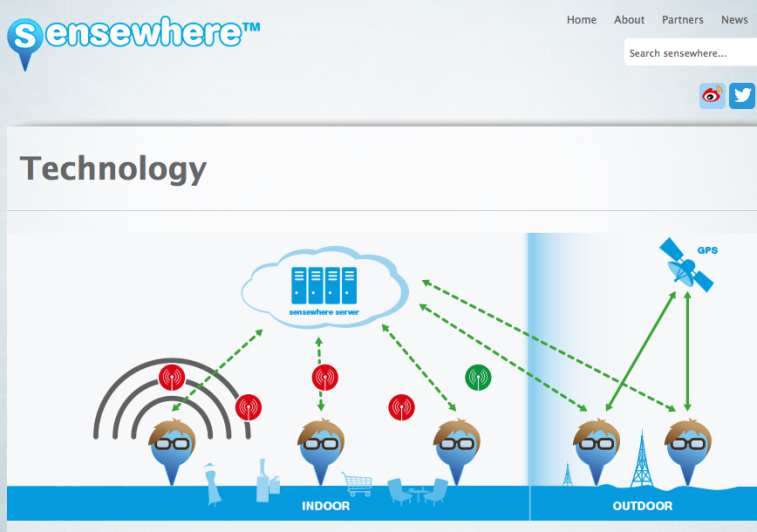 Chinese Internet powerhouse Tencent has made a strategic investment in Sensewhere, an Edinburgh, Scotland-based indoor mapping technology company. TechCrunch earlier noted the investment and strategic partnership between the companies, calling Sensewhere a startup.

That's a bit of a stretch, as Sensewhere was founded in 2005, after the technology was developed by a team of researchers at the University of Edinburgh more than a decade ago. Sensewhere provides hyper-local and indoor positioning solutions that drive location-based services on mobile devices. Tencent did not disclose how much it invested in the Scottish tech company, but it will incorporate Sensewhere's software in its own GPS systems and other relevant mobile platforms, including advertising and wearable devices.

What probably helped seal the deal: Sensewhere was recently granted key patents for the technology it has developed in both the US and China.

The company earlier received investment from the Scottish Enterprise Smart:Scotland scheme and later raised an undisclosed amount of funding from existing investors.

The investment and partnership echo a similar deal struck a year ago between Baidu and Finnish indoor mapping tech startup IndoorAtlas.

Chinese Internet giant Tencent invests in Scottish indoor mapping technology company Sensewhere
Comments
Follow the developments in the technology world. What would you like us to deliver to you?
All

NEXT
Zalando grows H1 2015 sales by 31.5% to €1.38 billion, raises growth outlook for the full year
Zalando's revenues in the first half of this…
Robin Wauters