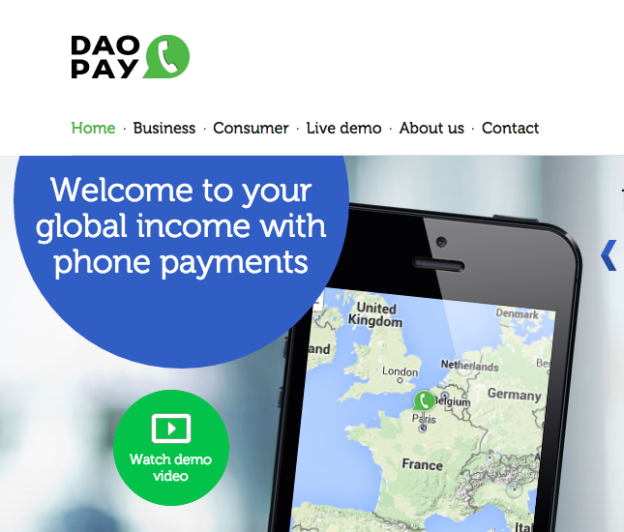 DaoPay, a 14-year old Austrian company that offers carrier billing payment solutions, says it has acquired the 'pay by call' business of American rival Boku for an undisclosed amount.

"Boku's pay by call business is a perfect fit for DaoPay. With this strategic purchase we are able to strengthen our position and serve more clients than ever before."

DaoPay offers a payment service that currently enables users (theoretically, 2.7 billion people) to pay by phone in 54 countries around the world, using both mobile or landline phones.

DaoPay is predominantly used for purchases of digital content such as virtual goods, in-game purchases, membership/subscription fees and other services.

DaoPay, a 100% privately owned company, said the acquisition of Boku's pay by call business will be completed in the third quarter of this year, and expects to process the highest number of transactions in the company's history by the end of 2015.

Austrian phone payments service provider DaoPay acquires Boku's 'pay by call' business
Comments
Follow the developments in the technology world. What would you like us to deliver to you?
All