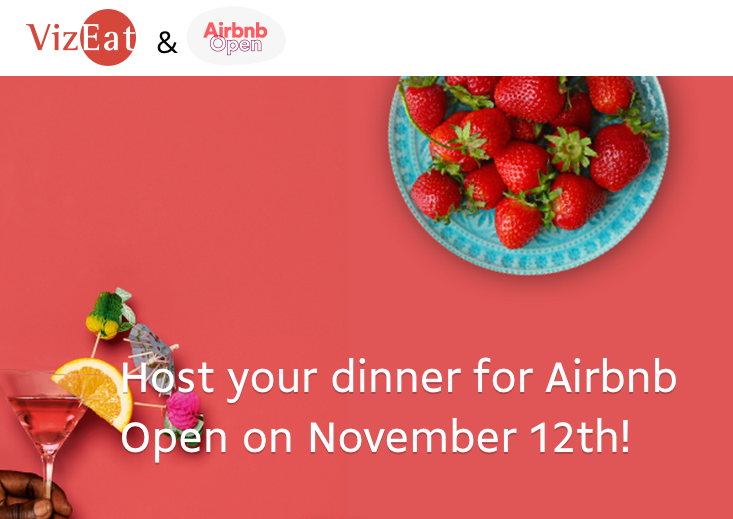 French (food) sharing economy startup VizEat is gearing up to offer thousands of authentic meals in Parisian homes for the Airbnb Open event happening on 12-14 November, where over 6,000 members of the Airbnb community are expected to attend.

Chip Conley, Head of Global Hospitality & Strategy at Airbnb, comments on the partnership: “We are happy to be partnering with the European leader in social dining. VizEat will help us introduce a new layer of local experiences to the Airbnb community."

Airbnb, which recently announced that it has over 50,000 listings in Paris alone, is organising the gathering for the first time outside of San Francisco, illustrating the growing importance of European destinations for the American company.

Conley hinted that Airbnb is poised to partner with more European startups in the future (the company earlier hooked up with Russia's Ostrovok and Spain-based Trip4real).

VizEat CEO and co-founder Jean-Michel Petit also commented on the partnership news, saying that "the table is the original social network" and that "peer-to-peer dining is effectively the next frontier of the sharing economy". Bon appétit indeed.

VizEat was started in early 2014 and has since raised €1 million in a round led by UK-based Eurovestech and acquired its smaller (also French) rival Cookening.

The startup boasts 35,000 members from over 60 countries today, and says the number of meals it offers has grown by 50% every month since its launch.

In other news, Airbnb acquired tiny Russian design studio Lapka, for some reason.

European 'social dining' startup VizEat scores partnership with Airbnb for Paris event
Comments
Follow the developments in the technology world. What would you like us to deliver to you?
All