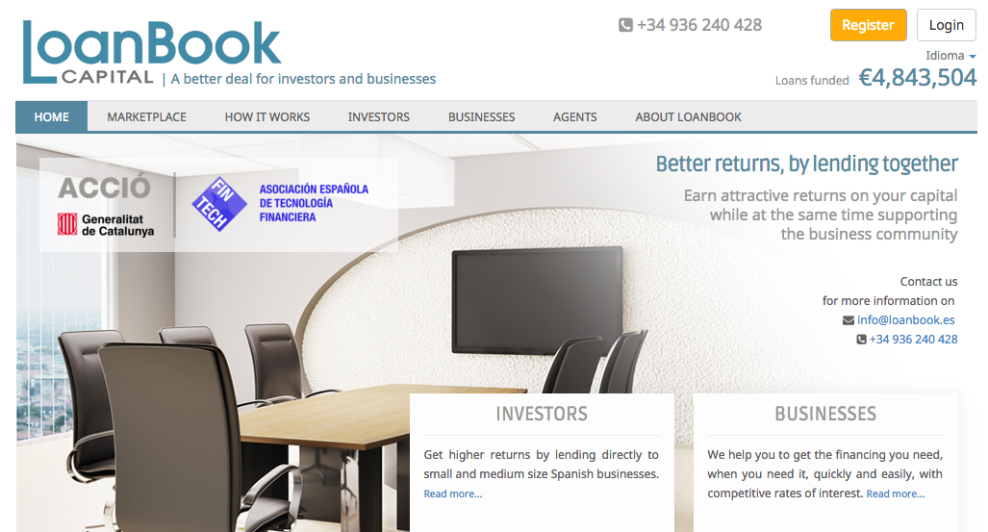 Barcelona-based LoanBook Capital has raised €1.1 million in funding in a round led by European fintech investor Gustav Andersson, who will also provide an additional €2 million of lending capital through LoanBook’s marketplace, which focuses on the provision of working capital loans and other types of financing to Spanish SMEs. The equity investment brings the total of capital raised by LoanBook to €2.7 million since its launch in 2013.

Not much is known (or shared) about Andersson, who will also be joining LoanBook's board of directors, aside from this nugget in the press release: he has "invested in a range of fintech projects throughout Europe and currently has equity or lending capital investments in 3 platforms".

LoanBook says it has funded nearly €5 million of loans since its launch, with over 100% growth in monthly credit origination during the last six months. The startup raised the capital to have a swing at becoming the largest business lending marketplace in Spain.

Spanish fintech startup LoanBook secures €1.1m in equity funding + €2 million of lending capital
Comments
Follow the developments in the technology world. What would you like us to deliver to you?
All