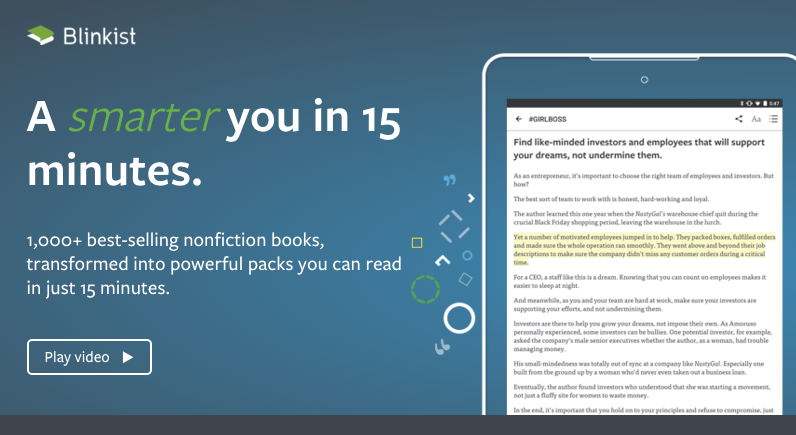 American investment firm Greycroft Partners has reportedly made an investment in Berlin-based Blinkist, a startup that summarises nonfiction books into digestible summaries that take roughly 15 minutes to read. There are more than 1,000 books on its platform today.

Greycroft has made investments in Europe before, notably in Germany-based 9flats, Estonia-based Fortumo, Iceland-based QuizUp and London's Azimo and Lostmyname, among others.

Deutsche Startups briefly mentioned the Blinkist news in its 'ticker' earlier today, noting that e.ventures also participated in the new round.

In our earlier interview with CEO Holger Seim, he mentioned that the company has previously secured €1.8 million in seed funding. Prior backers include IBB Beteiligungsgesellschaft, MGO Digital Ventures and Deutsche Telekom's hub:raum.

Clever book summarising app Blinkist raises €4 million in funding from Greycroft Partners
Comments
Follow the developments in the technology world. What would you like us to deliver to you?
All

NEXT
500 Startups to kickstart its first acceleration program for 12 Nordic startups, takes them to the Opera
Back in November, global seed investment firm…
Robin Wauters