Thinking outside the .com box: how getting creative with new domain names can help you make a mark

Editor’s note: This is a sponsored article, written in collaboration with our editorial team but financially supported by another organisation, in this case, .CLOUD. The author is Francesco Cetraro, Head of Registry Operations for the new Top-Level Domain.

As a self-confessed domain geek, every time I am at an event I spend quite a lot of time looking at the Web addresses used by exhibitors and startups to advertise their wares. The result of my informal survey is that still a large majority swears by the mantra that ".com is king", even if it means having to go through all sorts of keyword acrobatics to find an available one.

Particularly if the name chosen for the product is a fairly generic one, their Web address will invariably swell to include generic keywords like "get", "hello" or "app" and the occasional dash.

To be honest, I do understand why this happens.

For many startups (and businesses of all types in general, really), the early days can be a very stressful period: the focus is often on building up the product, trying to find a viable business model, looking for those initial paying customers.

Buried in a long list of very important decisions, business owners often just want to get online quickly and settle for the first available option. But what if instead of seeing this as one of many meaningless chores on the way to greatness, we stopped and looked at this as an opportunity to shine and differentiate ourselves from the pack?

What if the domain we choose actually contributed to making our story clearer and more compelling to our audience? What if, by simply taking a bit more time to look beyond what everyone else is getting, one was able to find something that truly fits?

In recent times, hundreds of new domain extensions have been hitting the market with the promise to make it even easier to find something unique and descriptive. 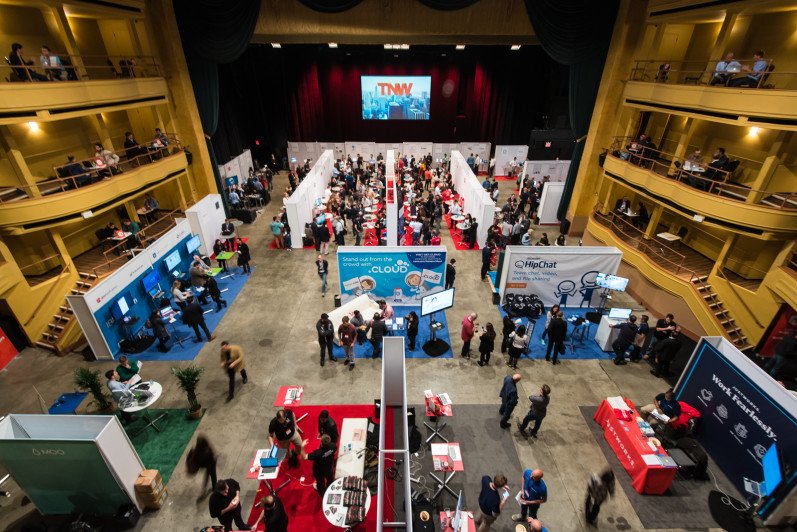 However, the idea of using the domain extension to one's advantage and include it in the narrative is definitely not new.

All Minion lovers out there will remember fondly the first time their yellow heroes appeared on the screen, in a movie that was cleverly promoted online with the Despicable.me domain name. For many, it was indeed the launch of .me that opened their eyes to the possibility of using domain names in a funky, more personal way.

But even before that, a few smart marketers were already pushing the envelope with cool domain hacks. A few years ago, my local Swedish milk company Skånemejerier launched an informational campaign to advertise the benefits of a varied diet and exercise for children. The campaign featured the adventures of the cool calf Kalvin - "kalv" means calf in Swedish - and his friends, printed on the milk cartons.

When the time came for Kalvin to get an online presence, there was really only one option that made truly sense: Kalvin.mu. Where many only saw .mu as the country-code Top-Level Domain (ccTLD) of Mauritius, Skånemejerier saw the opportunity to truly engage milk lovers of all ages with a clever domain choice that gave a quirky spin and added credibility to the entire campaign.

Another great example of adding useful context to a website through a 'domain hack' is open-source messaging app Pidgin. The pidgin.im URL provides immediate context to the fact that Pidgin is all about Instant Messaging, playing very effectively with an easily understandable alternative meaning of what is normally just the country code for the Isle of Man.

The obvious limitation of using ccTLDs for domain hacks is, however, that they are only good if your target audience gets the reference. For instance, using a .io domain really only makes sense if your services are targeted at a very tech-savvy audience. Anybody else will most likely completely miss the reference, making what you thought a very clever domain choice not so clever after all.

One of the key selling points of new extensions is that they make it easier to bridge that gap by offering meaningful context to those willing to consider a slightly longer Web address for their business. On top of that, another added bonus is that many good keywords that are taken in legacy extensions are still available in these younger top-level domains.

Take for instance Swedish startup “Confetti”: the domain confetti.com has been registered since 1996, so even if the current owner were willing to sell, the price tag would probably be quite hefty. Not to mention the fact that even if they owned confetti.com, most people would still be left wondering about what “Confetti” exactly does.

By opting for the domain confetti.events not only did they manage to get an exact match of their name without too much fuss, but the “.events” extension gives a pretty immediate hint of what the company does even before visiting their site.

While many of these new extensions are however only relevant to a specific language context (for example, an Italian plumber will hardly find any benefit in its home market by using a .plumber domain), others like .online, .club or .cloud have a meaning that is more universally understood and gives them a broader appeal.

Companies that previously had to use these keywords as part of longer .com addresses like mycompanyonline.com or myproduct-cloud.com now have the option to refresh and give a different spin to their online presence.

German company ePages, one of the leading providers of e-commerce solutions for SMBs, recently launched a brand new portal promoting their cloud-based SaaS offering to Resellers using the epages.cloud domain.

The new domain has not replaced their official epages.com URL, but it is instead used to highlight a dedicated 'side-entrance' to a a part of their business that is steadily growing in importance but that previously used to be buried under 3 levels of navigation on their large corporate site.

This is just one example of how even established companies can benefit from taking a deeper look at what is currently available on the market, and take full advantage of the important part that a good, more descriptive Web address can play in a well-thought-out online strategy, helping get a few more leads through the door.

In other words, it is definitely not a case of simply throwing away the old for the new, but rather to take a holistic approach and consider what ultimately makes sense for your business. On one side, this clearly means it would be very shortsighted to dismiss the importance that .com domains and the local ccTLD in each specific market have and will continue to have for the foreseeable future.

They clearly do have an established position on the market and in the mindset of end users: to put things a bit into perspective, new extensions only account for 11 million of over 299 million domains registered worldwide, ,and .com and .net alone added almost as many domains to the count just in the third quarter of 2015.

This means one should definitely make a reasonable effort to obtain the .com domains matching one's business and products' name, as well as other relevant ccTLDs.

At the same time, it is increasingly becoming open for debate whether the .com domain should necessarily be considered the only option when deciding what Web address to advertise as primary.

It would be unfair and equally shortsighted to judge the value and potential of new extensions based simply on numbers of registrations, also considering they have only been around for a bit more than a couple of years now.

Smart marketers will instead increasingly see this as a great opportunity to pick and advertise the Web address that feels most relevant to their business and to the image they want to associate to it.

After all, it is extremely easy to simply redirect all the other URLs without losing any important Google juice.

With the number of available extensions constantly growing, it might however feel like a daunting task to keep track of what your options are. Many domain registrars are actively working to improve their search pages and will already allow you to search for multiple keywords rather than a specific string. They also often present a long list of available domains in their search results, including many new extensions, which should help narrow down the options to a few good candidates.

Furthermore, sites like ICANNWiki and nTLDStats offer a pretty good starting point to see which new extensions are available (or coming up soon). If you need inspiration, some registries have excellent resources highlighting how their extensions are used in clever ways, such as Name.Kitchen or Worldof.Cloud.

Thinking outside the .com box can really pay off. What will you register next?

Thinking outside the .com box: how getting creative with new domain names can help you make a mark
Comments 10
Follow the developments in the technology world. What would you like us to deliver to you?
All