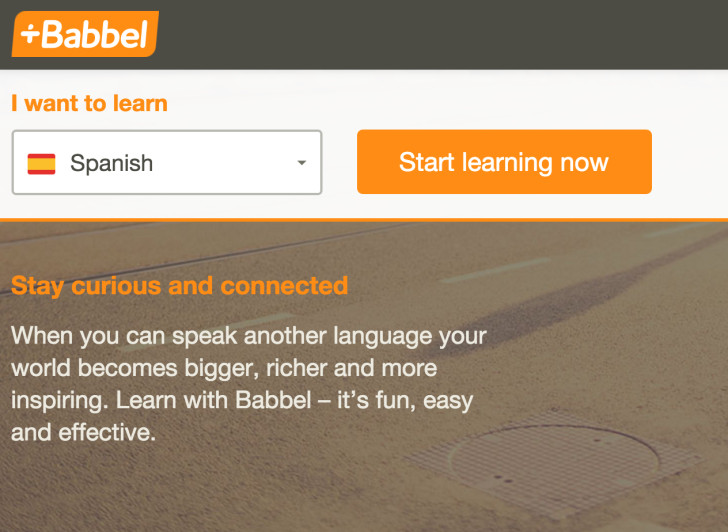 Babbel, the Berlin and NYC-based education technology company that wants to make language learning accessible to everyone, has hit a milestone worth noting. The company, nearly a decade old already, has reached 1 million paying customers (via SPIEGEL Online).

In 2015, the Berlin company opened new offices in New York, as it focuses on attracting more American subscribers to its premium-only offering, and its staff has swelled to over 400 people today.

Its growth has brought Babbel to the forefront in the sector - the company was just named as a leader among the world's most innovative edtech companies by Fast Company.

To pursue further growth, Babbel has strengthened its management team with the edition of Arne Schepker (CMO, formerly VP of Brand Marketing at Zalando) and Martin Kuetter (COO, formerly COO of Delivery Hero).

Looking to learn a new language? 12 European startups that want to help

Berlin-based language learning app maker Babbel hits 1 million paying customers
Comments
Follow the developments in the technology world. What would you like us to deliver to you?
All