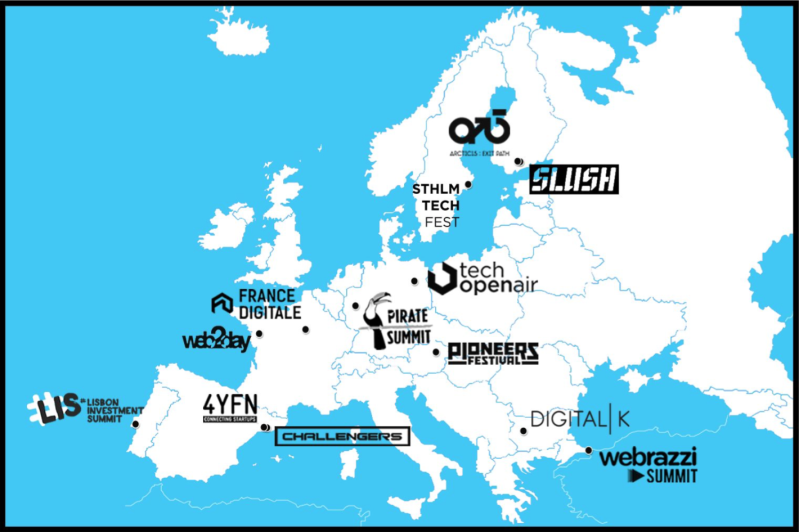 Startup Sesame, a young program that helps startups build out their networks across European borders, today announced the six companies that will join the second edition of its 'event accelerator' (listed below).

The organisation has also partnered with global investment firm Atomico, who in a recent report estimated that approximately 630.000 people have attended one of the 25.000 technology-­related meetups and events in Europe in 2015.

Unsurprisingly, the reasons why startup attend tech events in the first place are diverse: some are looking for funding from international investors, others are looking to expand operations across borders, and other do it simply to increase visibility or build out their professional networks.

For its second program, Startup Sesame received 180 applications from startups in 35 countries. After the call for entries, the following six startups were selected:

The sixth one is TOPDOX, from Portugal. Startup Sesame and Atomico are hosting a kick­-off event at Second Home in London today, where the above startups will get to pitch and get feedback before embarking on their 'tech event journey'.

“Startup Sesame helps fast-growing European startups navigate the annual event circuit in Europe to accelerate their growth and development of powerful international networks. In our continued efforts to help unlock more of Europe's potential by building closer links between our tech hubs, Atomico is proud to partner with Startup Sesame”.

Startup Sesame partners with Atomico, takes 6 startups on a whirlwind tour of Euro tech events
Comments
Follow the developments in the technology world. What would you like us to deliver to you?
All