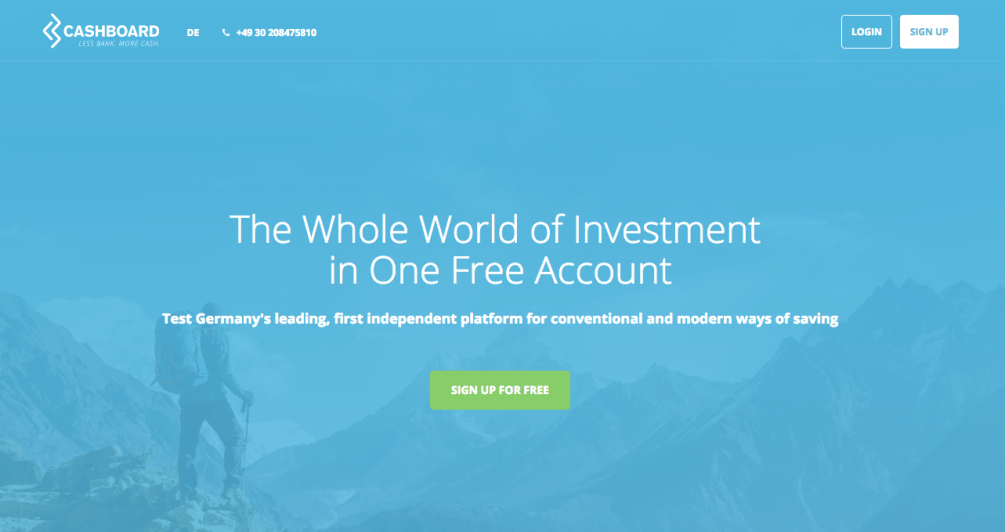 The investment comes from Digital Space Ventures, a $50 million fintech fund from Luxembourg. Also participating in the round were existing investors Redalpine Capital, Earlybird, and 500 Startups. Previous investors in the company also include Makers and ProSiebenSat.1.

German fintech is now on track to attract more investment than British fintech in 2016, according to KPMG and CB Insights, the first time the UK has not been the European fintech capital since the pair began monitoring funding in 2011.

Cashboard, a marketplace for investment projects, plans on using its new funding to grow its team and offer its services in more countries.

With Cashboard, a client can set their saving goals and how much they want to invest, and Cashboard suggests a selection of assets and providers based on their chosen level of risk. It then invests on their behalf ensuring that their portfolio is well diversified. It charges a 10 per cent performance fee on net profits each year.

The startup says it is different from robo-advisors because it gives clients access to more types of asset classes rather than just selling Exchange Traded Funds (ETFs). These products range from call money (short term loans typically offered by a bank), stocks, to crowd lending.

Robert Henker, the company's CEO, told TechCrunch that the company is "not just another robo-advisor" and aims to build the first curated marketplace for retail investment. “We identify and combine the best products from the best providers on one online platform making them understandable and accessible for everyone,” he says.

Berlin-based fintech startup Cashboard raises €3 million
Comments
Follow the developments in the technology world. What would you like us to deliver to you?
All