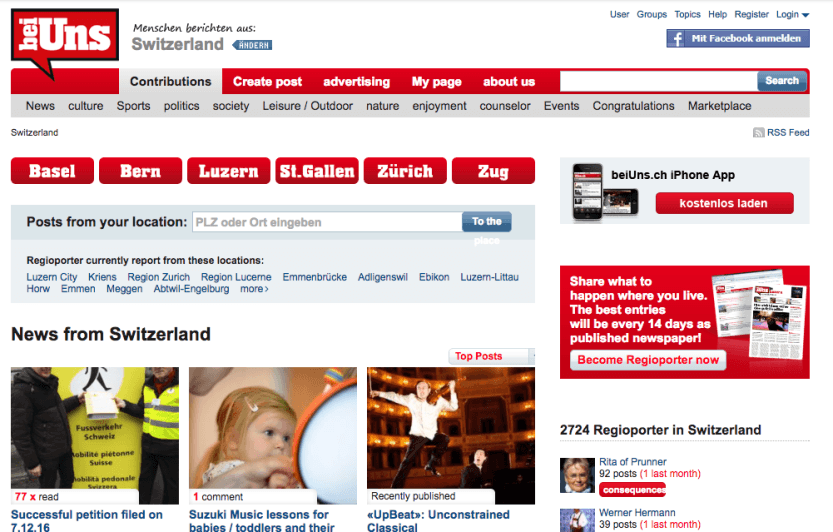 Luzerner Zeitung AG is expanding its portfolio by purchasing BeiUns.ch, a local media platform launched in 2011 targeted at German-speaking Switzerland.

BeiUns.ch, which is a portal for local and regional content, says its integration into a larger media company will make it possible extend its reach and become more well known.

Swiss local media platform BeiUns.ch acquired by Swiss newspaper group
Comments
Follow the developments in the technology world. What would you like us to deliver to you?
All