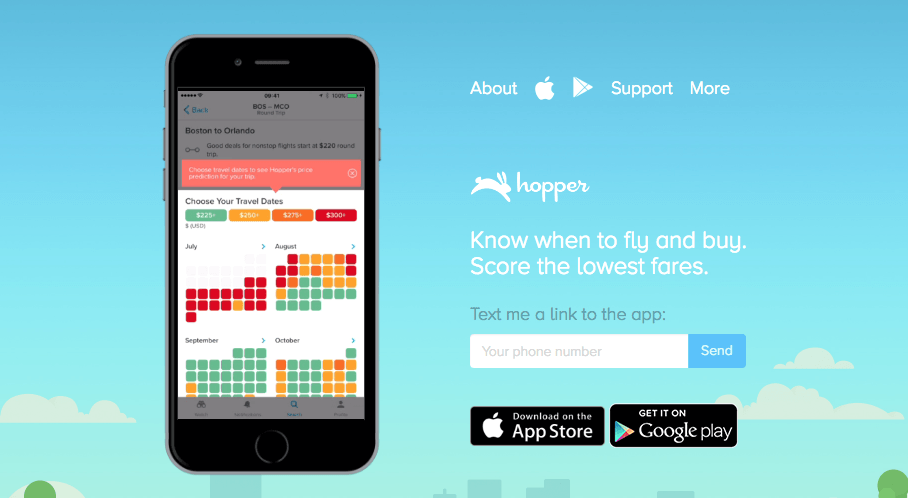 Founded in 2015, Hopper is a travel app that make predictions about flight prices. The apps, available on iOS and Android, have seen an increase over the past year from 1 million to 10 million users.

With the funding, CEO and founder Frederic Lalonde hopes to "take over the world" of travel—the company currently does business in 130 countries and plans to continue expanding. Specifically, they plan to partner up with more airlines and to grow their team from 40 to 120 employees by the end of 2017.

Correction: Hopper is based in Cambridge, Mass., not Cambridge, UK, as the article previously stated.

Airfare prediction app Hopper raises $61 million
Comments
Follow the developments in the technology world. What would you like us to deliver to you?
All

NEXT
Save the date: We’re organising Mobile Sunday in Barcelona again! (26 February 2017)
After the successful event we organised earlier…
Robin Wauters