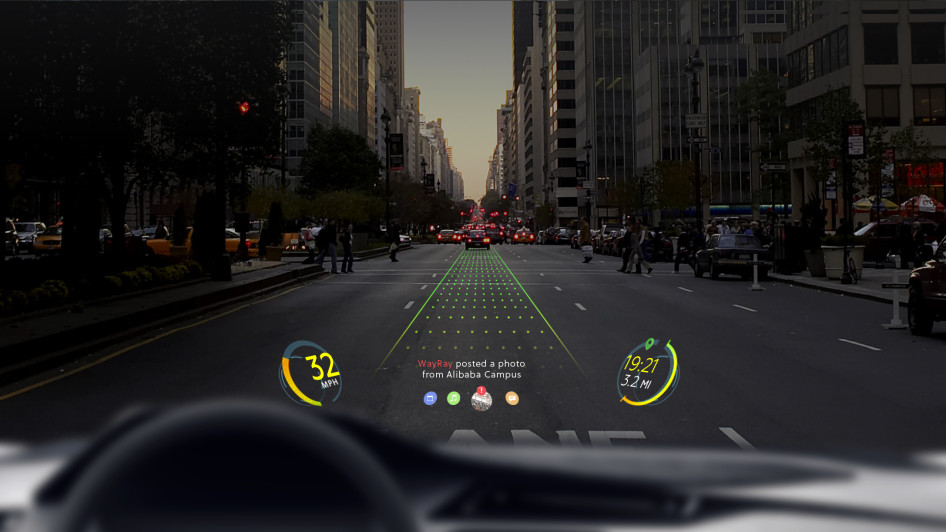 Swiss augmented reality startup WayRay has raised $18 million in a funding round led by Alibaba Group and has announced new partnerships to bring its AR tech to cars.

WayRay develops holographic AR navigational solutions for connected cars and has also announced a new deal with Chinese “internet car” maker Banma Technologies to build AR navigation and infotainment systems for cars. Banma has also received investment in the past from Alibaba as well as Chinese automaker SAIC Motor. The new AR system is expected to be built into one of Banma’s 2018 car models.

“At the moment, WayRay is the world’s only developer that integrates augmented reality systems into cars,” said Vitaly Ponomarev, CEO of WayRay. “It gives us an advantage over traditional HUDs and provides the opportunity to collaborate with the largest global car brands.”

Later this year, the company plans to release the consumer version of its principal product Navion, he added, and secure contracts with car manufacturers to install its system in their cars.

“We believe there is huge potential in the development of leading-edge technology like augmented reality and its application to various industries, like Wayray’s AR navigation system in the auto sector,” said Ethan Xie, senior investment director of Alibaba Group in a statement. “The potential of augmented reality makes it an exciting and promising area.”

WayRay raises $18 million to bring AR tech to cars
Comments
Follow the developments in the technology world. What would you like us to deliver to you?
All