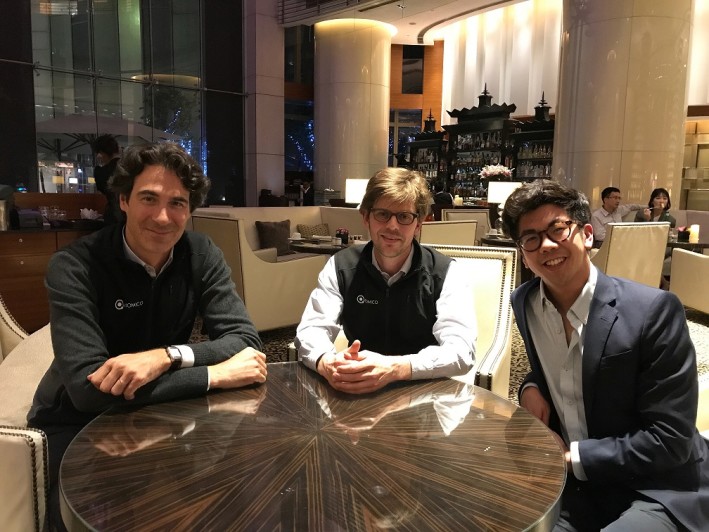 China presents a significant opportunity for European games companies but the market remains a difficult one to crack, according to a report from VC firm Atomico.

In the last 15 years there have been 24 billion-dollar games companies, six of which are European (11 are Chinese). Europe is considered the global capital of mobile games with the continent home to 36% of mobile game publishers. At the same time, game revenue from China has doubled over the last two years and 600 million Chinese gamers spent $24 billion on the market in 2016.

Per the report, European game companies generate 69% of their revenue outside of Europe with these companies doubling their share of Chinese game user spend – net revenue grew from $28 million in 2014 to $254 million in 2016.

However even with these large revenue figures, only 7% of European game earnings came from China, which Atomico calls a “missed opportunity”.

The report, Europe meets China: Opportunities in the world’s largest games market, was co-produced with data from App Annie, CB Insights, Unity Technologies, and S&P Global. The report was further informed by interviews with investors and game firms like Rovio, Armada Interactive, Seriously, and Supercell.

The report also used the iOS App Store as a sample: Europe has 4.6% of the Chinese iOS games market. This is still rather small but is up from 2.5% two years ago. Investments and acquisitions in the games market has been steadily increasing with a growing influence from Chinese investors. The 20 largest M&A transactions of the last five years topped $46 billion in exit value. European companies made up 70% of this and out of these European investments, 55% of this deal value came from Chinese investors and acquirers.

One of the most high-profile deals was Supercell being acquired by Chinese giant Tencent last year. Supercell would then go on to acquire London’s Space Ape Games earlier this year. In 2015, Beijing fund NetEase Capital invested in Finnish studio Reforged.

Over 100 European games firms have been acquired since 2012 with Europe accounting for 39% of all games exits since 2015 while Europe has produced 20 games IPOs since 2012.

The games market continues to move fast and China has become the most valuable games market by spend, said Tom Wehmeier, head of research at Atomico.

“European games companies can still build a big games company without going to China, but if you want to be considered a world-leading studio today, you can’t ignore it. It is here that the most valuable companies of the next decade will need to cut their teeth,” said Wehmeier.

Despite the opportunity that China presents, the competition is intense, he added.

“It’s a daunting market for outsiders and is undoubtedly the most challenging market to enter; the numbers bear this out. A staggering 93% of total spend on iOS here in China is spent on Chinese games; that’s more localised than any other country, including Japan and Korea.”

Mattias Ljungman (pictured, middle), cofounder and partner at Atomico, added that China still has an “undeniable appetite” for international content, pointing to the success of international films and musicians. “It’s clear that great overseas IP can succeed in China too,” he said.

“And one thing we know that Europe brings to the table is great content - with amazing gameplay, beautiful design, and engaging and emotional stories. Of course, China is a famously tough nut to crack, but the huge potential for revenue growth means no games studio wishing to be a global leader can fail to target it.”

Atomico report: Europe’s game companies need to look east to China
Comments
Follow the developments in the technology world. What would you like us to deliver to you?
All