Last year tech.eu visited Copenhagen to get a sense of the city’s startup ecosystem at a town hall meeting of Copenhagen For The Win, or #CPHFTW, a grassroots initiative to help stimulate the startup scene.

We’ve seen a lot of efforts like these to get ideas and money flowing in the same vein as its Nordic neighbours, and indeed the rest of Europe.

One year later, tech.eu found itself at the TechBBQ conference and the adjoining Techfestival, which have grown into Copenhagen’s flagship events for tech and startups. It’s a chance for the city to do a little showing off with the work it has done. 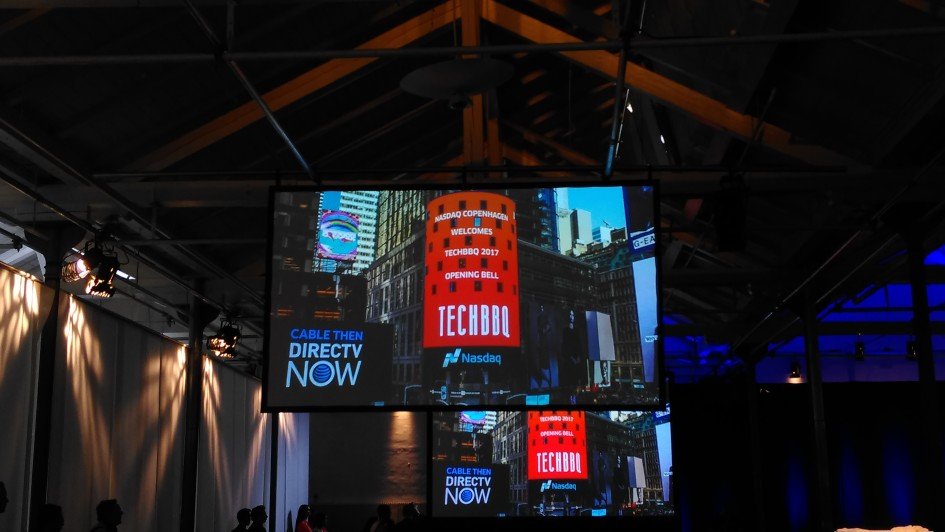 Meeting founders and investors, something becomes clear: there is a slew of programs and early-stage investment opportunities here to help startups and founders find their path.

The latest addition to the pack is ByFounders. The new fund was announced the same week as TechBBQ and will invest 750 million kroner (€100 million) in Nordic and Baltic startups and is backed and supported by founders from Tradeshift, Unity, Vivino, and Zendesk to name but a few.

Government-supported InnoFounder is an incubator program for recent graduates. The one-year initiative provides a monthly stipend (equity free) for would-be entrepreneurs to develop ideas into businesses with the help of mentors and established entrepreneurs from the local Danish ecosystem.

The incubator is headed up by Christoffer Malling, former managing director of #CPHFTW, who took over with a group from the Danish Design Centre after the government sought to refresh the program.

“They want a public programme where students are given the opportunity,” explained Malling, “instead of going into a corporate or a big public institution and have a career there, they’ll give their innovative business idea a chance.”

The tools are there to get started.

While there are lot of resources and support networks available for budding startups in Copenhagen, the common thread among many TechBBQ attendees and makers and doers in the ecosystem is that it’s time for Copenhagen to scale and mature.

According to data presented at TechBBQ by Vækstfonden (Danish Growth Fund), Denmark comes up short on investments compared to neighbours Finland and Sweden, with both countries taking the lion’s share of VC activity. This shouldn’t surprise anyone given the volume of big name companies from these two countries, but it speaks to the challenges that face Danish startups.

While Denmark has produced some banner companies in the likes of Zendesk and Unity for example, the local ecosystem continues to evolve and look for its next global success story.

“We really want to help startups scale. That’s something we’re not very good at in Denmark. We’re good at being innovative but not very good at scaling them,” said Thomas Krogh Jensen, CEO of Copenhagen Fintech, a public/private organisation tasked with growing the fintech space. 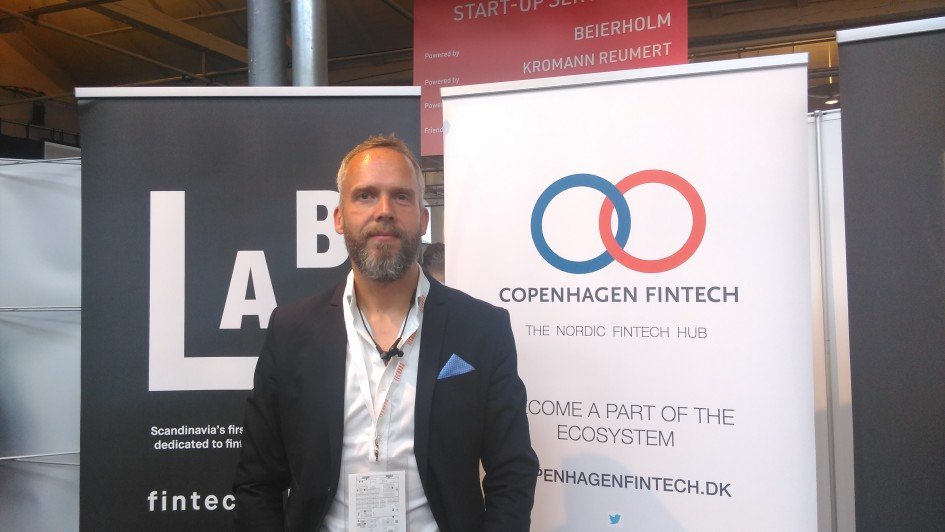 This may be due to a lack of later-stage funding. Copenhagen-based firm Seed Capital invests solely in Danish startups at the early stages. For partner Niels Vejrup Carlsen, this has been rather evident. “It will always be a challenge that we don’t have local big investors,” he said. “We’re part of the early stage scene where I think we’re quite strong.”

Thorvald Stigsen, cofounder of Momondo and early stage fund Nordic Makers, on the other hand, believes it has been necessary to build a solid foundation of early-stage capital because once upon a time, many early-stage funds “did not have very fair conditions”, which needed to change first.

“It’s not that hard to find early-stage capital, seed capital, but once you really want to scale with the risk included, it’s very hard to find that risk capital in Denmark,” added Jensen.

While the search for later-stage capital can sometimes mean relocating, the other challenge is talent and business partners. It’s a rather common theme that emerges when you talk about any city or country.

For Ida Tin, moving was necessary. The Danish entrepreneur relocated to Berlin several years ago to build her female health tech startup Clue.

“Six and a half years ago there wasn’t the same ecosystem there was today obviously,” she explained. The relevant partners and ecosystem was in place in the German capital, which she needed to get started with her cofounder.

“I think now even with the ecosystem that is here, I still would prefer to be in Berlin,” she said.

“I think it’s wonderful what’s happening in Copenhagen, I want Copenhagen to be a good ecosystem for entrepreneurs. But even in Berlin, there are things we have to go to Silicon Valley to find knowledge about. The scaling part I still find challenging and even more so here in Copenhagen.” 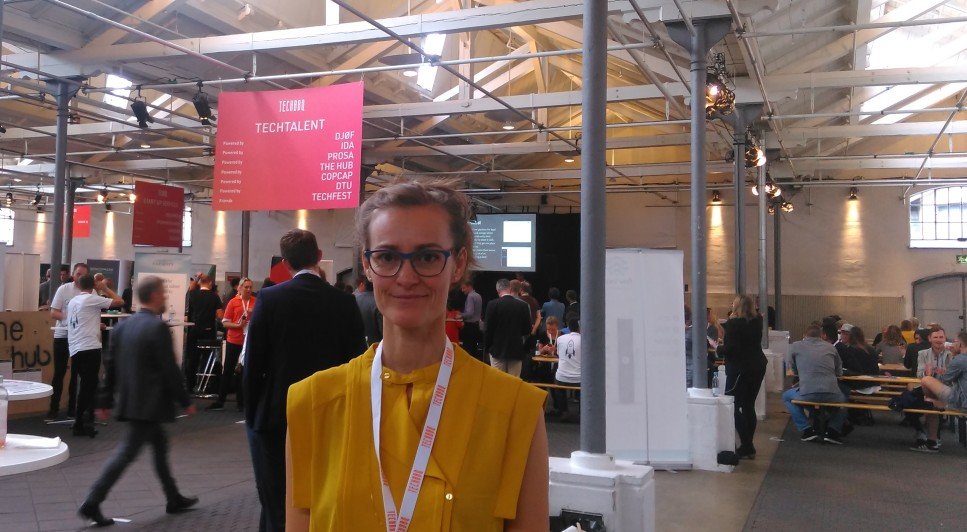 Clue hasn’t been impervious to talent shortages, regardless of location. It’s still in the middle of an ongoing search to find a CTO.

Meanwhile Pleo is a Copenhagen-based fintech startup. It raised $3.25 million earlier this year and has launched in the UK but will be remaining in its native city “for the time being”.

“I think that could be a likely outcome. I’m not sure if we’re going to move entirely but we might set up operations locally in the biggest markets so the UK would be a natural place for us to look at,” CEO Jeppe Rindom told tech.eu.

Pleo has endured its fair share of talent hurdles. Rindom uses the example of an engineer working out of Singapore for a US company earning good money at low tax.

Getting business or corporate partners can be another headache. Copenhagen Fintech maintains a dialogue with Danish banks with a view to connecting its startups with potential partners. However, that hasn’t really panned out.

“We have examples now of Danish startups partnering up with foreign banks and launching in markets other than Denmark for their first time because they simply couldn’t get the necessary partnerships in place in Denmark,” said Jensen.

“You talk about legacy IT systems but you also have legacy cultures.”

Other ecosystems will continue to provide lessons for Copenhagen. While the likes of Berlin, London, or Stockholm may seem more advanced, no one city or ecosystem has perfected this scaling art yet.

“The world is not like Denmark. The world is a lot of things, you need to go out and learn,” said Jesper Lindhardt, former CCO at Trustpilot who recently left the company to seek ways to advise startups at the beginning of the journey so that one day they’ll be world beaters.

“A company goes through three stages, the product development, the market development, and the organisational development,” added Momondo’s Stigsen. Danish founders need the right competences to pass each stage, which makes development of the talent landscape all the more important. 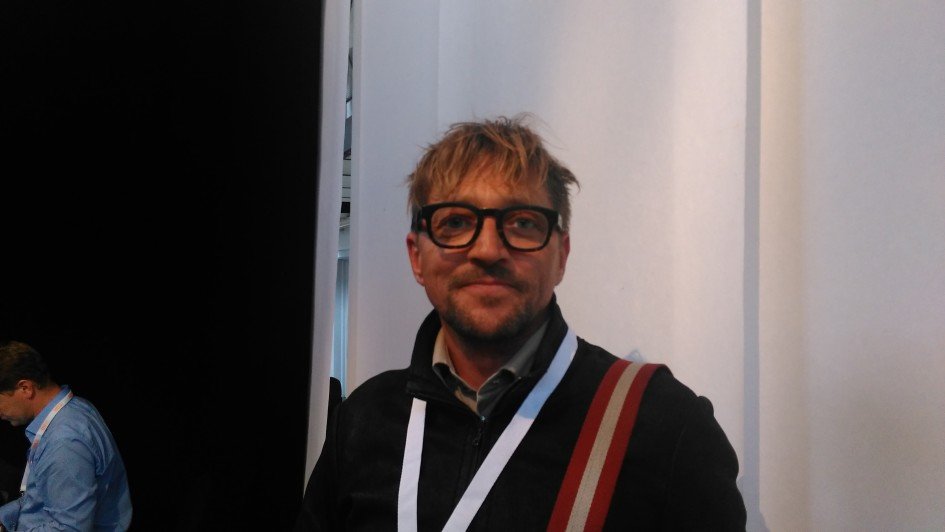 Despite this seemingly dense wave of concerns around Copenhagen’s ecosystem, the vibe at events like TechBBQ and Techfestival was noticeably optimistic, while still acknowledging the reality ahead.

“If you look at the Danish ecosystem, it has been under development for a long time but seriously the last ten years. I think you have to look at this in a time context and maturity context because I personally think the situation is going to change,” said Seed Capital’s Carlsen. “We have a lot of companies now maturing past the A stage. I think we will see more companies maturing to later stages.”

Copenhagen’s startup ecosystem finds that it's time to scale and mature
Comments
Follow the developments in the technology world. What would you like us to deliver to you?
All