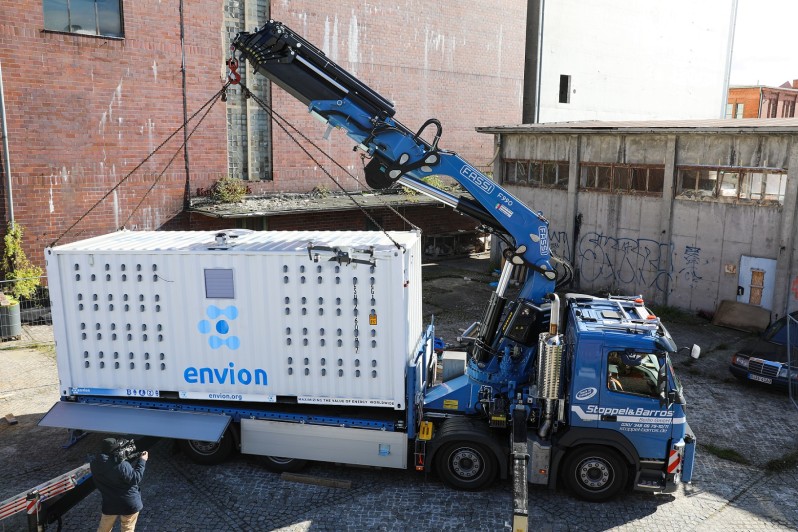 The investment comes from Quadrat Capital, the private investment firm of Evion’s CEO Matthias Woestmann, with participation from other angel investors.

Envion builds mobile mining units (MMUs) for mining cryptocurrency that accesses local clean energy sources and uses its own cooling system. This, the company claims, is a greener way of mining coins that reduces CO2 emissions and energy costs. Cryptocurrency mining is notoriously hard on electricity.

The company expects it will reach mass production of its MMUs next year and has signed a partnership with Germany’s Fraunhofer Institute for Solar Energy Systems (ISE) to examine how the MMUs can be integrated into the German electricity system.

As well as the funding round, the company is launching an ICO for its own token that it says could raise $100 million hard cap.

“Our goal is to provide the lowest cost structure in the blockchain mining industry,” said Matthias Woestmann.

Envion raises €1 million to make cryptocurrency mining greener
Comments
Follow the developments in the technology world. What would you like us to deliver to you?
All