The overwhelming success of Adyen's IPO this week shows an example of and could give a boost to the growing popularity of listing locally within the European tech community. The Amsterdam-founded payment company has held the largest tech IPO in Europe of the last five years, placing €849 million, with its market capitalisation reaching €13.4 billion at the end of the opening day.

The landscape of IPOs by European technology companies is getting more lively by the year. It also appears to be a pretty democratic environment that's not exclusive to unicorns and other mythical animals but could become a viable alternative to post-Series B VC funding.

Euronext, the largest stock exchange in continental Europe where Adyen held its IPO, has seen about 100 tech companies going public since 2014. Across Euronext's branches in Amsterdam, Brussels, London, Lisbon, Dublin, and Paris, there are 346 listed tech companies in digital services, cleantech, biotech, medtech, media and communications (TMT), software IT consulting, and technology hardware. Together, they represent a market capitalisation close to €80 billion. 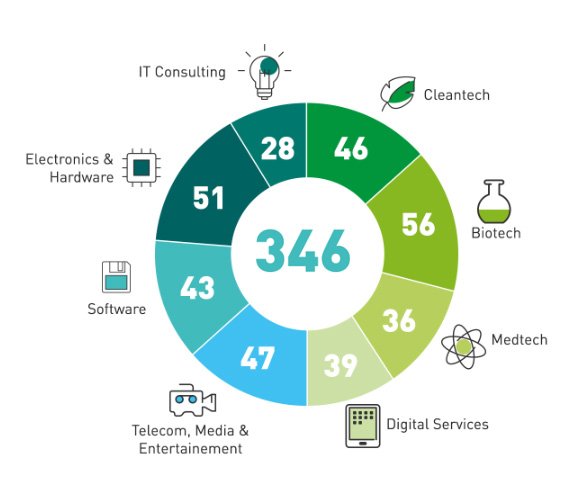 To attract more tech companies and familiarise them with capital markets, Euronext has launched a unique pan-European educational programme. It gives tech leaders all the information they need to reach the next stage of their growth and go public within 18 to 30 months. TechShare is a 10-month programme already set in France, Belgium, the Netherlands, and Portugal with 145 participants in three classes since 2015. The programme will welcome new European countries in September 2018, when tech companies from Germany, Switzerland, Italy and Spain will join.

Over the past few years, Euronext saw several particularly interesting technology companies listed on the exchange. Coming from different countries and industries, they represent the diversity of the European tech scene and show good examples of successful local IPOs.

German hardware-oriented company X-Fab (listed in March 2017) specialises in the design and manufacturing of analogue and mixed-signal integrated circuits. It develops micro-electro-mechanical systems (MEMS) and silicon carbide circuits. Market capitalisation at the listing time reached over €1 billion, and IPO was oversubscribed by 156 percent.

Amsterdam-based Takeaway (listed in September 2016) is a leading online food delivery service active in Europe. If you live outside Switzerland and Belgium, you most probably know the company by a different name, like Thuisbezorgd in the Netherlands or Lieferando in Germany. The order book of Takeaway was multiple times oversubscribed within the price range on the first day of book-building, with a wide range of global institutional investors having placed sizable orders in the order book. The market capitalisation at IPO was close to €1 billion and has more than doubled since then.

France's Wallix (listed in June 2015) was the first pure cybersecurity player to list on Euronext, raising €10 million and valued €96 million at IPO. Within three years of listing, the company had been able to double its sales to €11.5 million and provide liquidity to VCs. In May 2018, Wallix raised an additional €37 million at a €150 million market valuation to further accelerate its growth.

IoT pioneer Kerlink from France (listed in May 2016) raised €11 million at a €37 million market capitalisation at IPO. Since listing, the company has expanded in the US, India, Singapore, and New Zealand, while growing the market cap by 77 percent. In May 2018, Kerlink secured €21 million in funding at a valuation of €91 million.

European tech IPO market gains popularity
Comments
Follow the developments in the technology world. What would you like us to deliver to you?
All

NEXT
Two-day “Off the chain” workshop comes to Berlin in late June to discuss state channels and scalability
Editor’s note: This is a sponsored article,…
Andrii Degeler