This year is coming to an end, making it a good time to look back, sum up the results, and focus on what went well during the past months. For a cohort of Japanese startups that have just attended the Slush conference in Helsinki, Finland, the event is definitely going to be one of the main milestones of the year 2018. In the dark and crowded halls of the conference, the carefully selected startups showed off their products and held meetings with European partners, customers, and investors. This year's batch brought to Slush by the Japan External Trade Organisation (JETRO) was very diverse and included products from an interactive sake glasses to innovative materials to voice analysis. “Our goal here is to give the startups an opportunity to meet with as many potential investors and partners as possible so that they can establish a presence in Europe and expand their business here,” said Daisaku Yukita, Deputy Director-General at JETRO London. “In addition to that, we offer our startups individual support, mentoring, and consultations, thanks to contracts with some of Europe's strongest accelerators.” Coming to Europe and looking for an investment, partnerships, or potential customers, the startups had had a busy week in Helsinki packed with meetings and conversations. For most of the founders, it was the first time in the Finnish capital, but not necessarily at a Slush conference. “I've been to Slush in Tokyo before as a speaker, it's very similar to this conference,” said Hazumu Yamazaki, CSO of Empath, into a microphone connected to a laptop at the startup's booth. On the screen, a real-time emotional analysis of his voice was showing that he was generally calm. “We already have paying customers — about 1,000 enterprises in 50 countries. At Slush, we had a lot of meetings and good conversations, especially with big European enterprises. We've just had a chat with Elise, the Finnish telecom operator, and they're interested in using our technology for their contact centre.” At a stand next to Empath, Kaz Oki from Mui Lab showed off his IoT product that looks like a piece of wood — that is, until you touch it and realise that it's a full-blown home hub with LED lights under a layer of veneer. The startup came to look for larger companies that'd be interested in licensing Mui's intellectual property (IP) to use in car interiors, working desks, smart speakers, or any other IoT devices. The days of the conference coincided with the ending of Mui's successful Kickstarter campaign, in which the startup raised over $100,000. 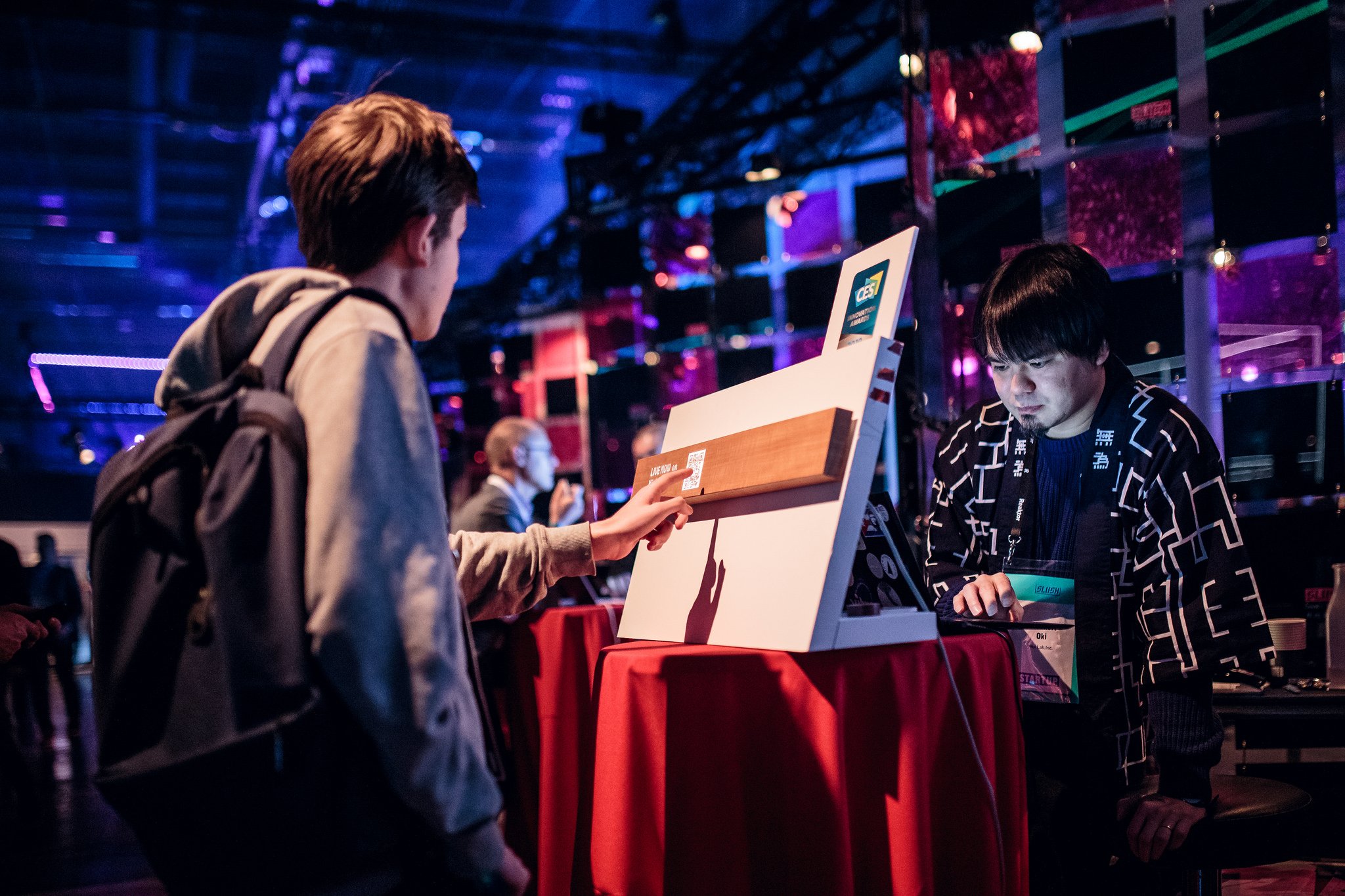 The other startups in the Japanese pavilion also seemed to have quite a bit of attention. “We've had a lot of meetings with potential customers and partners, and it turns out they have the same issues while working on innovations in IoT engineering as our clients in Japan,” said Masahiko Yamanaka from Vanguard Industries. “We can definitely support them in prototyping and market validation.” Ryohei Mori, the founder of the innovative materials startup GS Alliance, has been hesitating as to where to establish the European branch of the company, choosing between Finland and Germany, but ultimately made a decision in favour of Helsinki. “I've talked to some Finnish and German companies here, they're very interested in our materials,” he said. “But it looks like Finland is a better place . The country seems to care very much about being environmentally friendly.” Another crowd favourite was predictably Yume Cloud, the “Internet of sake” startup that has come up with an idea of an interactive, LED-backlit glasses for the traditional Japanese drink. The company came to Slush to look for partnerships with restaurants that serve sake and received a few relevant requests, the CEO, Daisuke Yoshida said. CONNECTEC JAPAN, an R&D-intensive company from Niigata that has developed a low-temperature chip bonding technology for IoT, has benefitted from the advanced healthtech industry in Finland. The startup is one of the 92 companies selected by the Japanese government as part of the J-Startup programme, which offers support to high-potential projects. “We're looking not for investors but for potential customers,” said the company's Process Development Director Hiroshi Komatsu. “We've talked to more potential customers here than we expected, especially companies working with medical devices.” Although coming to Europe with very different products and expectations, the startups in the Japanese pavilion at this year's Slush have definitely achieved all their goals. It's also safe to say that the European ecosystem would benefit hugely from having more “intercontinental” entrants that bring a different culture and a fresh look at products and services.

Japan startup pavilion at Slush: The first impressions
Comments
Follow the developments in the technology world. What would you like us to deliver to you?
All