Tech.eu Insights creates insight and guides strategies with its comprehensive content and reports. Browse popular Insights content.
Examine the effects of the latest technology with the Tech.eu lens, see the details and create powerful strategies. Take immediate action to access exclusive articles and reports.
Review Advantageous Packages
Does your company have Insights access? Check it
Events
Sponsored by Turing Fest

Passing the Turing Fest: Come to Edinburgh in August to Build, Grow, and Lead

Editor’s note: This is a sponsored article, which means it’s independently written by our editorial team but financially supported by another organisation, in this case, Turing Fest. If you would like to learn more about sponsored posts on tech.eu, read this and contact us if you’re interested in partnering with us.

As we're moving slowly into the summer season with little going on in terms of tech events and conferences, it's a good time to start planning the fall season. Here's our suggestion for a great starting event — Turing Fest in Edinburgh on August 27th to 29th.

The event was rebooted in 2016 to focus on content that more directly helps attendees get better at what they do, and build better products and companies. At first to bring together the Scottish ecosystem, then to become one of the most interesting startup conferences in Europe.

The idea behind Turing Fest is to offer a comprehensive view of all areas that may be of interest for a startup team. This year's focal points are Build, Grow, and Lead, which cover everything from product and engineering through marketing to leadership, scaling, and company culture.

“If you want to go to a conference to get a broader mix of topics and meet your peers across the industry, that's where Turing Fest comes in,” said the conference's CEO Brian Corcoran. “Very often we get teams, five or six people coming from a company. There'd be people from engineering, marketing, the CEO, a UX designer. They all go to different talks, then catch up and discuss their impressions later on.”

Last year, the conference attracted attendees from 22 different countries, and this time Corcoran expects to welcome some 3,000 people. 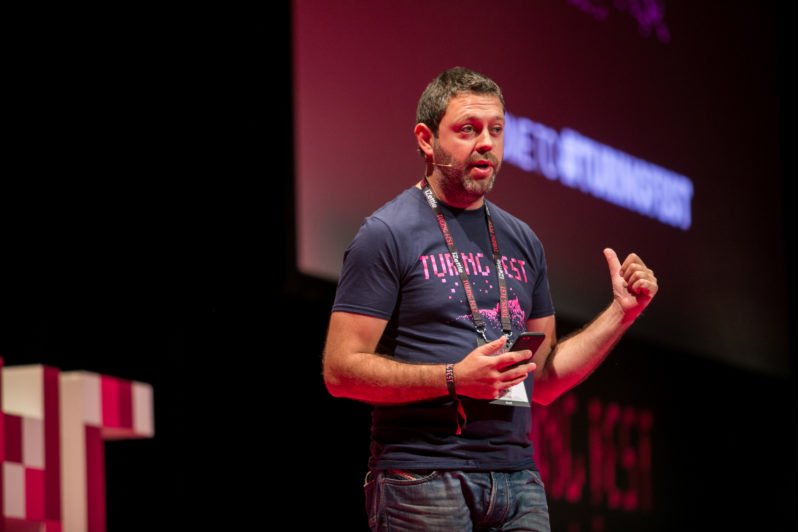 This year's Turing Fest brings together an impressive line-up of speakers: founders, builders, entrepreneurs, and leaders. Here's a sneak peek into the list:

Meri Williams, CTO at Monzo and one of the UK's most experienced and respected technology leaders.

Nandini Jammi, co-founder of the Sleeping Giants social media campaign, which recently won a Gold Medal at the Cannes Lions.

Eamonn Carey, managing director at Techstars London and a longtime founder, investor, advisor, and mentor to startups all over Europe.

Jeff Gothelf, one of the world's leading product management and organisational design experts, and author of Lean UX and Sense & Respond.

Maria Gutierrez, director of engineering at Intercom in London, and a former senior engineer/technical leader at FreeAgent, Adobe, and LivingSocial.

And of course, we have to mention that this year our very own Natalie Novick will speak at Turing Fest. In case you don't know, Natalie has been studying the European startup ecosystem for many years and can always offer incredibly interesting insights into its inner workings. 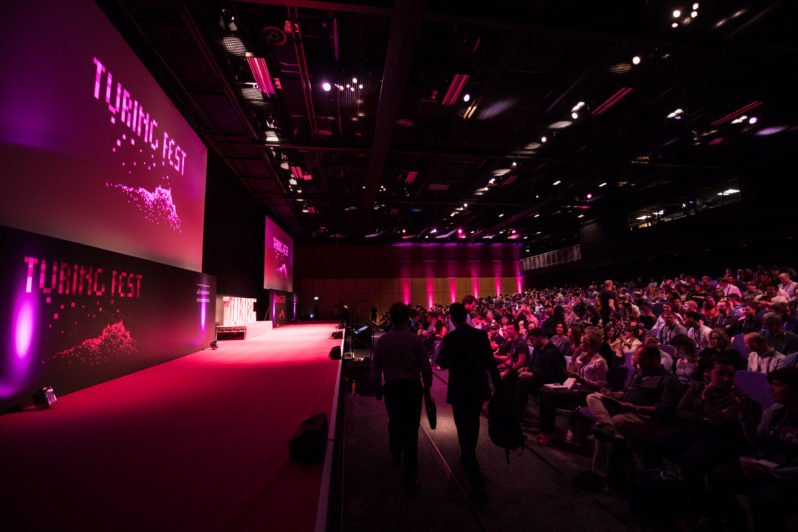 In addition to the main programme, there’s Turing Founders, a special founder-investor networking event on August 27th, which Turing Fest is hosting in partnership with Silicon Valley Bank. Here, founders can expect to get an opportunity to build personal connections with some of the top-flight VCs from all over Europe and North America.

To add even more value, Turing Fest also runs a series of small-group workshops and masterclasses, which is a really cool opportunity for attendees to connect and learn hands-on with the speakers from the event.

Now, get ready for event season, grab your tickets to Turing Fest, and apply for Turing Founders while it's still possible.

Passing the Turing Fest: Come to Edinburgh in August to Build, Grow, and Lead
Comments
Follow the developments in the technology world. What would you like us to deliver to you?
All