A spotlight on Sweden's Mapillary: the street-level imagery platform mapping the world’s places

Our world is constantly changing. Growing populations have caused cities to upgrade their infrastructure, social media has encouraged wide-spread activism on issues from politics to the environment, and technological advancements have opened up new ways for individuals to put themselves on the map – literally.

Enter Mapillary, the street-level imagery platform that uses crowdsourced data to create a digital map of the world. Founded in 2013 in Malmo, Sweden, Mapillary has collected images from people and organizations across 190 countries and has mapped 8 million km of the world’s places from Europe to North and South America to Japan.

Whether motivated by the possibility of solving problems in their surrounding areas, updating maps in cities for navigational purposes, or simply creating images for posterity, Mapillary’s global network of contributors is digitally documenting the world as we see it today.

But it’s not just Mapillary’s contributors that have an interest in the platform. Amid the tech-driven rush to modernize cities and create better options for transportation, companies in the automotive industry have been knocking on Mapillary’s door in need of high definition maps to train their autonomous vehicles.

tech.eu recently chatted with Jan Erik Solem, CEO and cofounder of Mapillary, to discuss the company’s mission to democratize map data, how the platform can be used to create smarter cities and the benefits of having a fully remote team.

tech.eu: Mapillary has evolved through various stages since it was founded five years ago. What would you say is the company’s main aim at the moment?

Jan Erik Solem: Our mantra has been the same since we started Mapillary: to make map data accessible to everyone.

Before we started Mapillary, myself and my cofounders had observed how other traditional mapping companies were using fleets of mapping vans to collect images but they were ultimately keeping this data to themselves – mostly because the methods they were using were expensive and inefficient.

With the help of AI and computer vision, we have been able to collect and analyze data in a much more scalable way. People can simply use their smartphones, or any other camera they may have, to take images which they can then share on Mapillary’s platform. And because imagery is easy to collect and the map data generation is automated, we can license it neutrally for anyone anywhere to use.

Mapillary relies solely on crowdsourcing images from a global network of contributors. What do you think motivates everyday users to upload images to the platform?

I think many people take pictures to keep a visual record of the places they’ve been to.

Mapillary’s platform allows you to take as many images as you want anywhere in the world. You can take pictures of roads, hiking trails, bike paths, beaches. Whatever place you care about in your city belongs on Mapillary.

There’s also a big drive to keep maps updated so that people can have a better idea of the geography of the cities where they live. It’s surprising how the smallest, most remote places have found their way onto the platform.

In April, Mapillary announced that over 500 million images had been uploaded to the platform. Other than individuals that want to improve the maps of where they live, what do users of Mapillary tend to use this map data for?

We’ve found over the years that Mapillary’s data has become useful to groups of individuals that want to campaign against infrastructural problems in their cities. For example, we’ve seen activist groups crop up in Europe that use images from Mapillary to promote better public services for people with disabilities. Over in the US and North America, strong communities have also used our data to make their cities safer for cyclists and pedestrians.

Groups in Japan have even organized mapping parties where people go out together to take images to upload to the platform. The Japanese community has taken Mapillary to Japan’s northern island, Hokkaido, as well as into the southern island of Okinawa. Some of the key activists within these groups have been instrumental in encouraging widespread map-editing in their local communities and have contributed some amazing imagery of their country. 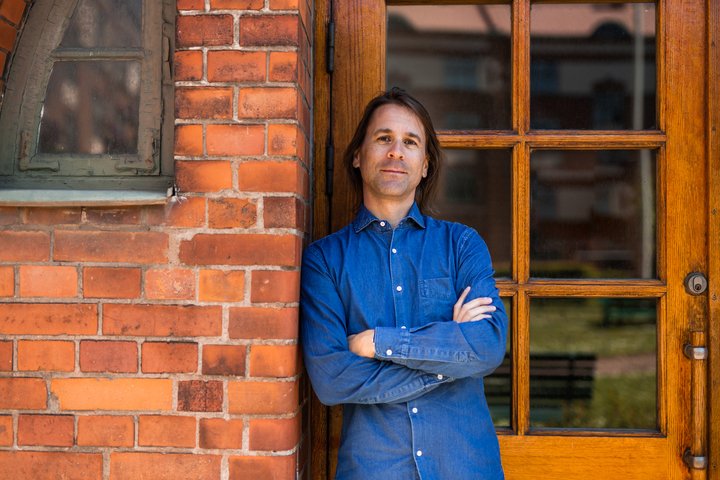 There is a lot of emphasis in countries across the world about building smarter and greener cities. Companies are being founded every day that are using tech to solve problems in industries from housing to mobility. What part is Mapillary playing in creating future cities?

Cities can really make use of maps to solve problems with their infrastructure and improve the lives of their citizens. Mapillary’s imagery helps cities keep track of what assets – such as buildings and public spaces – need to be updated and maintained. When it comes to repairing road surfaces, filling in potholes, building safer crossings and identifying constructions that are not safe in the eyes of regulations, these are all aspects of taking care of cities that map data can help with.

Mapillary can also help people move around their city smarter. Delivery companies, car-sharing businesses, emergency services, even people using public transport use map data to identify road closures, weather conditions that have affected public highways and construction works which can then help them plan safer routes from A to B.

Looking to the future, when we have more autonomous vehicles driving around, the data that we publish on our platform will also be used to train self-driving cars, drones and delivery robots that are in need of high definition maps.

Mapillary has been live now for over five years and has already mapped over 8 million km of the world’s places. Were there any early challenges that you had to overcome as a company to get to where you are now?

In the first two years, scalability was a challenge. We didn't really know how fast this would take off. Gradually the platform started to grow and communities started cropping up all over the world who wanted to map their cities and neighborhoods and organize events around this activity. Today, over 50 billion objects have been tagged on the platform using our computer vision algorithms and our pool of images is expanding continuously.

At the moment, we're trying to do things like increase the accuracy of the data that's being produced and improve the connection between supply and demand on the platform. Earlier this summer, we launched the Mapillary marketplace which offers on-demand map data. Companies can publish information via the marketplace about what imagery they require or whether they need map data verified by a human, and then anyone in our contributor network can go and take the images and get paid. It’s been going pretty well so far.

You describe yourselves as having a ‘global virtual office’, with employees distributed around the world. Do you feel this really enhances the company or are their difficulties that can arise from having a fully remote team?

There are challenges, of course, particularly when it comes to communicating with each other and making sure that everyone is aligned. But these are difficulties that arise in any company that gets beyond a certain size.

The benefits of having a remote team are clear. Our talent pool is essentially the entire planet and our employee retention rates are fantastic. We’re roughly a team of 60 people at the moment, and in the last five and a half years, only three people have left the company. I think this is largely down to the good work-life balance you can have when you work for a distributed team.

Every year we organize two week-long events - one in Spring and one in Fall - where we get the entire team together to meet face to face. It’s quite fascinating how you could be working with someone over the internet for several months and you feel like you know them really well – you know their sense of humor, what their daily routine is like – and then you meet them in real life for the first time and it's like "Whoah, this person is super tall," or you find out things about them that you had never noticed before.

What’s next for Mapillary?

We've been doubling our map coverage and our image database roughly every 10 months so far and it looks like we'll continue on that track. We're in a very rapid growth phase at the moment so it’s important for us to keep up the momentum.

What I love about working across different time zones is the fact that there is always someone working for Mapillary. Whatever hour of the day you are up, there’s almost certainly another person in the team that’s online and busy. At this stage, the more data we collect, the more it motivates us to keep our platform as open and accessible as possible.

Thank you for the interesting chat, Jan Erik!

A spotlight on Sweden's Mapillary: the street-level imagery platform mapping the world’s places
Comments
Follow the developments in the technology world. What would you like us to deliver to you?
All

NEXT
Insurtech startup omni:us gets €1.6 million from the EU for its AI-driven claims platform - an interview with CEO Sofie Quidenus-Wahlforss
In a couple of weeks, we'll participate in The…
Robin Wauters