Editor’s note: This is a sponsored article, which means it is independently written by our editorial team but financially supported by another organisation, in this case, Euronext. If you would like to learn more about sponsored posts on tech.eu, read this and contact us if you are interested in partnering with us.

Euronext and BiotechBourse have put together the Biotech Barometer, a comprehensive report on the state of publicly listed companies in the biotech industry. According to the report, the total market capitalisation of the companies listed on Euronext has increased by €7.4 billion in the second half of 2019, driven by the success of two Belgian-based firms.

The total market capitalisation of the biotech firms listed on Euronext has reached €24.4 billion, up from €14 billion at the end of 2018. 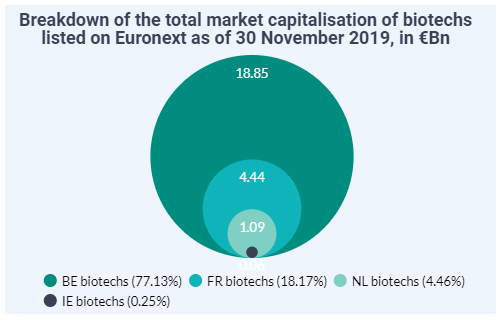 The second half of 2019 did not see a single new biotech IPO, so all the developments have come from the changes of the market caps of previously-listed industry players. An interesting detail here is that the total valuation of the companies valued above €200 million rose by €7.55 billion (mainly thanks to the two firms mentioned before), while the 42 companies valued below that saw their total value decrease by €0.48 billion.

At the same time, European biotech companies listed on Euronext set a record by raising €1.1 billion via secondary offerings. The four transactions representing 95 percent of the capital raised were those of Galapagos (€960 million), Transgene (€50.58 million), Celyad (€18.54 million), and Sensorion (€17.29 million). 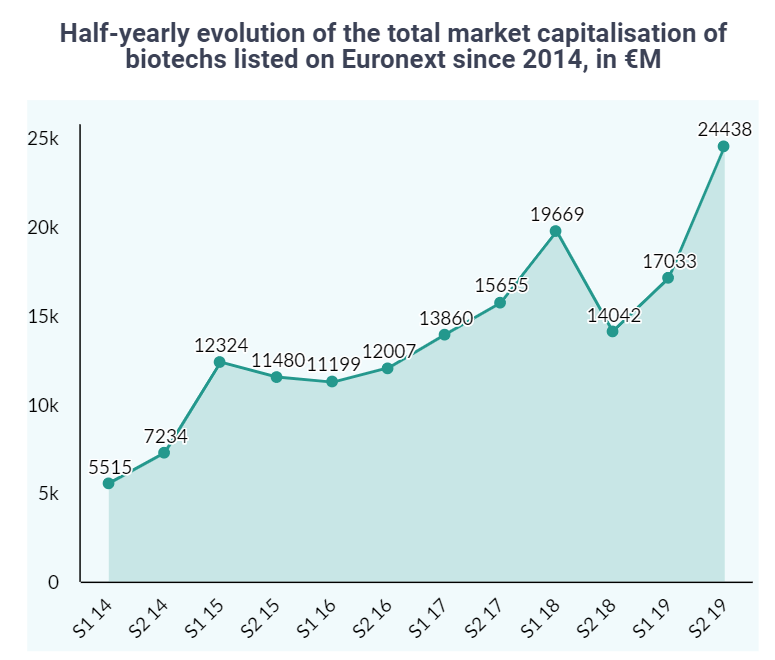 The Biotech Barometer has also identified 420 institutional investors in the capital of the 52 biotech firms listed on Euronext — up from 375 in mid-2019. Of that number, 120 are new to the sector — and 30 percent of them represent North America, while 46 percent come from the EU. 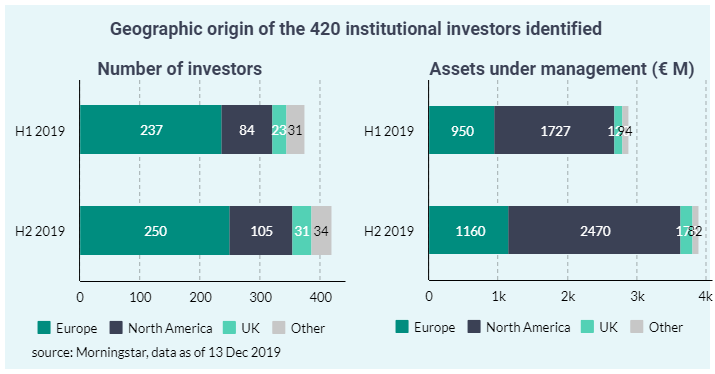 Furthermore, more than half of the 15 main institutional investors in the biotech firms listed on Euronext represent the United States. 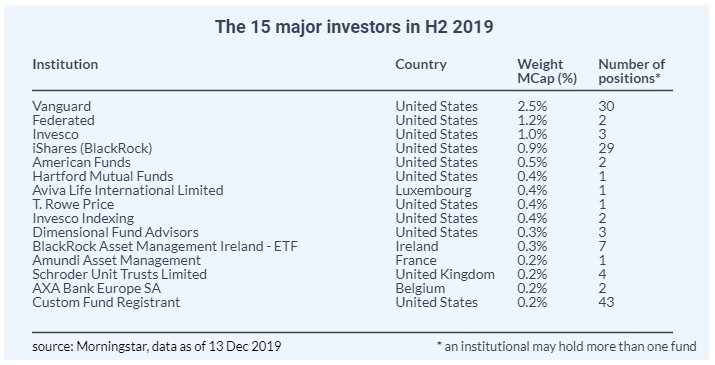 The increased interest from North American investors and the sheer number of new investors could be a positive sign for the industry, as well as the increase of the average market cap from €135 million to €144 million year-on-year.

Another good indicator is stock liquidity, which has increased to €117 million in daily volumes during the second half of 2019, compared to €107 million in 2018. Here, as in many other featured statistics, the major Belgian biotech firms led the way.

The Biotech Barometer is a free report available in full on the Euronext website.

Biotech Barometer: European-listed biotech companies are showing positive signals despite uneven performances in H2'2019
Comments
Follow the developments in the technology world. What would you like us to deliver to you?
All

NEXT
The Reverse Pitch: MiddleGame Ventures
"Simply put, it’s a good time to be an entrepreneur (as well as a venture investor looking to back the best teams with the best ideas)." --…
Natalie Novick