A Q&A with LendInvest co-founder Christian Faes on the fintech scene in Europe, Brexit and his post-CEO plans

About two weeks ago, I attended the Paris Fintech Forum in, well, Paris, where I met up with Christian Faes.

An affable yet opinionated Australia-born entrepreneur, Faes co-founded LendInvest and recently stepped down as CEO of the UK-based fintech scale-up, which has secured a fortune in equity and debt funding as it steadily grew into one of the largest non-bank mortgage lenders in the UK.

I took the opportunity to ask Faes a few questions about the event and the state of the fintech scene here in Europe.

Christian, lovely to see you here at the Paris Fintech Forum. I did not make it to most of the sessions unfortunately; what were the key take-aways from what you've seen and the conversations you've had in Paris?

It was a great conference. The key takeaway is really a reinforcement of what we’d already seen in the latter part of 2019: there is now a real focus on startups being profitable - or at least talking about profits and where their line of sight is to get to profitability. At the Forum we saw some of the biggest fintech scale-up talking about how they are now going to be profitable soon. This is actually quite refreshing; in years gone by, there was too much focus simply on top line growth.

There was a lot of talk too about the deal between Plaid and Visa. The optimists think this could be the start of an exciting M&A wave for fintech with some big exits coming. Others (the realists?!) see the deal as a relatively unique transaction, where the price reflected the demand from more than one keen and serious corporate bidder. I probably sit with the realists: I don’t think many people seriously think that a deal worth 35x revenue marks the beginning of any sort of new normal for fintech!

What is your biggest learning from the conference, arguably one of the industry's leading events? Anything you picked up that really stuck with you?

It was interesting - and exciting - to see that there are still a huge number of new fintech startups being built and coming to market. As a truly European event, it was great to meet fintech startup founders from all sorts of businesses and all parts of Europe. If PFF is anything to go by, Europe’s fintech ecosystem is definitely growing.

From my impression, there were definitely a lot of large financial services institutions and consultancies at the event. What is your opinion on these corporations to innovate? Should/can they work closer with startups to stay ahead of the curve?

This is a great question and hits upon my usual gripe about large fintech conferences! There were definitely a lot of big institutions and service providers at PFF this year; but it felt like they all have a real, genuine focus on financial services innovation. I still think that real innovation in financial services is much more likely to come from new startups.

But, given the nature of the industry, the larger incumbents still have a role to play and it’s good to see them genuinely engaged. 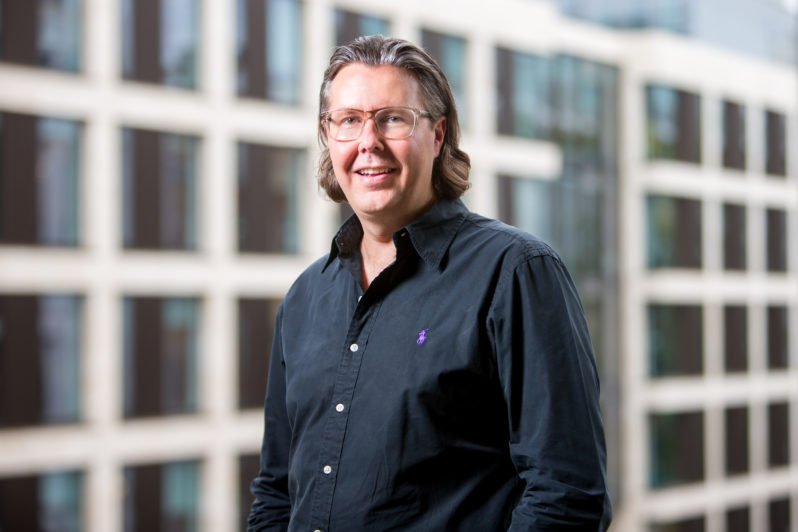 Six or seven years ago, the general assumption surrounding fintech was that the large financial services incumbents were never going to be able to innovate. These players were too laiden with legacy technology systems, processes and often people. They were also dealing with a raft of changing regulations post the financial crisis.

As a result, investors piled money into fintech startups, thinking it was a “winner-takes-all” situation, and that the larger incumbents didn’t stand a chance.

The reality as we’re seeing it now is somewhere in the middle. On one side, we’ve seen that large financial institutions are not asleep at the wheel. They recognise that they need to invest in tech and most of them are doing this in a big way. On the other side, we’re seeing - and we’ve definitely seen it while building LendInvest - that it takes time and a lot of hard work to build a large financial services company.

Like the banks, fintech startups have to deal with a lot of regulation and compliance, and it takes time to gather significant momentum.

Our research consistently shows that fintech is the leading vertical in European tech, particularly in and thanks to the UK. From your point of view, what is the reason behind this, and why is there still so much room for growth judging by the funding that flows to fintech companies left and right?

The UK government has been very supportive of creating an ecosystem around fintech for many years now. They’ve championed the sector and followed up with investment in it. Initiatives like the UK government’s enactment of crowdfunding legislation, and the FCA’s regulatory sandbox for innovative startups, have done a huge amount to create an environment where fintech startups can thrive.

Fintech investors are comforted by the UK fintech ecosystem too. Naturally they’re going to want to back startups that operate in countries that pull out the stops to give them the greatest chance of success. We can’t get complacent but right now, the UK is pretty competitive in this regard.

Do you see other mature startup ecosystems such as Germany, France and Sweden ever catching up to the UK fintech scene?

It’s going to be hard for them, but as financial regulation matures in all those countries, we see changes afoot. Take France for instance: up until recently you couldn’t even originate a loan in France without being a bank. That’s now changed and we should expect a wave of innovation in lending to emerge.

Generally speaking, France is an interesting competitor for the UK to watch. The French government is doing a lot to support entrepreneurialism and, in particular, has an evolving regulatory landscape on the financial services side.

What are some exciting areas that are underserved by startups or innovators today? Where will most disruption take place, say, in the next five years?

We’re still deep in the early days of fintech disruption. Just look at LendInvest and the mortgage market which still represents an unbelievably large opportunity. LendInvest has achieved a lot but there’s still so much runway to transform the way our customers get mortgages, and even how their mortgages are funded.

However, the bar set by the big players is so low and there are opportunities all over financial services - from lending to insurance, KYC and identification. Everywhere. These businesses may not all be the “next Google” of finance, but there will be some really big (and profitable!) businesses build in European fintech over the next 5 to 10 years.

I have to ask. Is Brexit having an impact? Will it?

It has been a really unfortunate thing to have lived (and built a business!) through over the last three years, but I think that the early signs are that the UK and Europe are going to be just fine post-Brexit.

On a personal level, now that you've moved from CEO to chairman at Lendinvest, what will you be spending more time on compared to before?

I plan on getting out and about more than I did previously. Being able to attend conferences like PFF without being tied to my laptop and phone the whole time should be refreshing and, importantly, really productive. Hopefully I will have a bit more headspace to think strategically about how we drive the business forward over the long term.

I’m also doing some work to build out the fintech ecosystem with the Digital Finance Forum, a group for fintech founders that I’m pretty passionate about. It’s still early days, but I really want to help other entrepreneurs and startups, as well as foster a collaborative network for the people working at the coalface of the sector.

A Q&A with LendInvest co-founder Christian Faes on the fintech scene in Europe, Brexit and his post-CEO plans
Comments
Follow the developments in the technology world. What would you like us to deliver to you?
All

NEXT
Dealroom raises €2.75 million to continue scaling across Europe
Dealroom, a European data and research platform, has raised a €2.75 million Series A round led…
Annie Musgrove