Reading's maker of multi-link, low-profile satellite antennas, Isotropic Systems has raised $37 million in a Series B funding round. In a nutshell, Isotropic Systems supports the connection between terrestrial systems and the vast amount of satellite deployments now in operation and/or planned for the very near future. Over the past five months, the company has grown its staff by 40%, and the new funding is slated to accelerate the production phase in order to meet the ambitious goal of a commercial launch in 2022. To date, the company has raised approximately $100 million.

Founded in 2013, Isotropic Systems is right in line with the vast number of satellite deployments currently in play. OneWeb, Inmarsat, Intelsat, SpaceX, Amazon, SES, and Telesat all have big plans for their earth-orbiting technologies, but if there’s no way to effectively and efficiently communicate back to home base, well … you see where Isotropic is landing in the sweet spot? 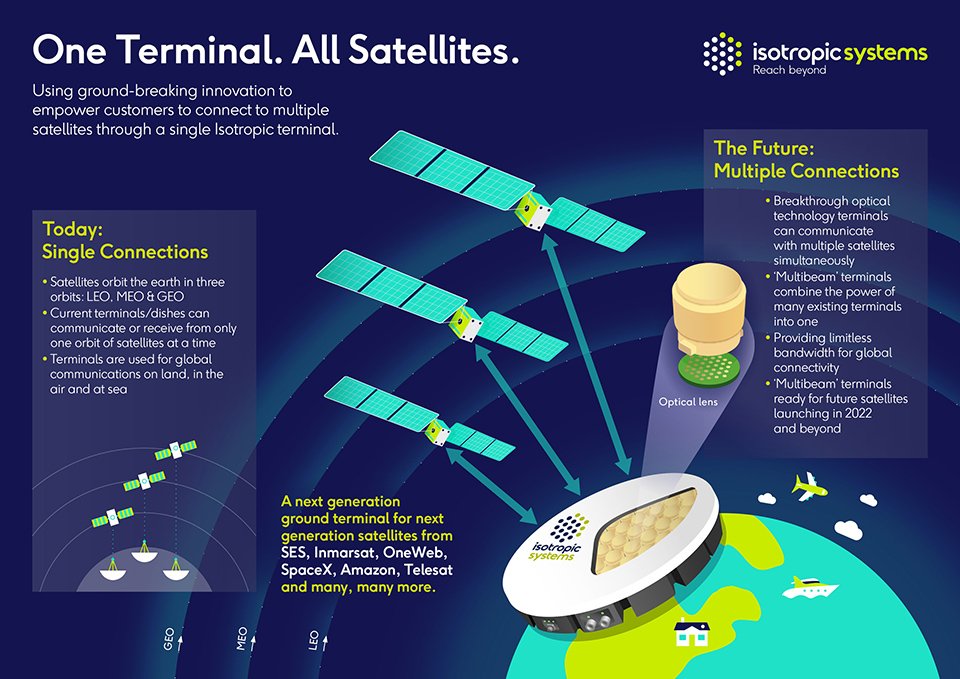 "Isotropic Systems is a prime example of why we looked to list our new fund on the London Stock Exchange,” commented Seraphim Space’s James Bruegger. “With its unparalleled ability to simultaneously connect to satellites in different constellations and different orbits, we believe that Isotropic Systems has the technology that will help unlock massive potential growth within the satellite communications market.”

Multi-link satellite antenna maker Isotropic Systems raises $37 million
Comments
Follow the developments in the technology world. What would you like us to deliver to you?
All