Tech.eu has been acquired. You won't believe what happens next!

When we started Tech.eu back in the fall of 2013, I had just moved back from Barcelona to Brussels and was recently let go from The Next Web (no harm, no foul), partly because my desire to exclusively cover the in-many-ways-still-fledgling European startup ecosystem(s) was - rightfully - considered a bit of a niche endeavour for a growing international media organisation like TNW.

So, with a group of friends, we set out to cover European startups and innovation in a way that hadn’t been done before, delivering curated news combined with analysis and insights on a pan-European level, in English and targeting a global audience.

Nimble from the beginning until today, our little blog company closed a small seed round of funding from a group of angel investors in 2014 under the premise that the European technology and innovation ecosystems were going to continue growing and evolving nicely, and that this movement wasn’t being covered properly by other media organisations - at least in our view.

You’d be forgiven for doubting that this was a sound business idea, and many did, in fact. But through sheer determination and with the help of fantastic people along the way, we managed to build a solid reputation for covering the European tech ecosystems in a consistent, qualitative way, and - importantly - to build a sustainable, even profitable business on top of that.

I’m immensely proud of what we’ve been able to achieve with limited resources, in no small part thanks to the many wonderful people I’ve crossed paths with over the last 8 years. This includes our fantastic team of course, but also our readers and supporters, our partners, our customers, our investors, past and current interns and too many more to mention who’ve supported us thus far.

Now, it’s time to write the next chapter for Tech.eu, and it will be with someone I’ve crossed paths with much longer than 8 years ago.

Today, we are happy to announce that Tech.eu has been acquired by Webrazzi. 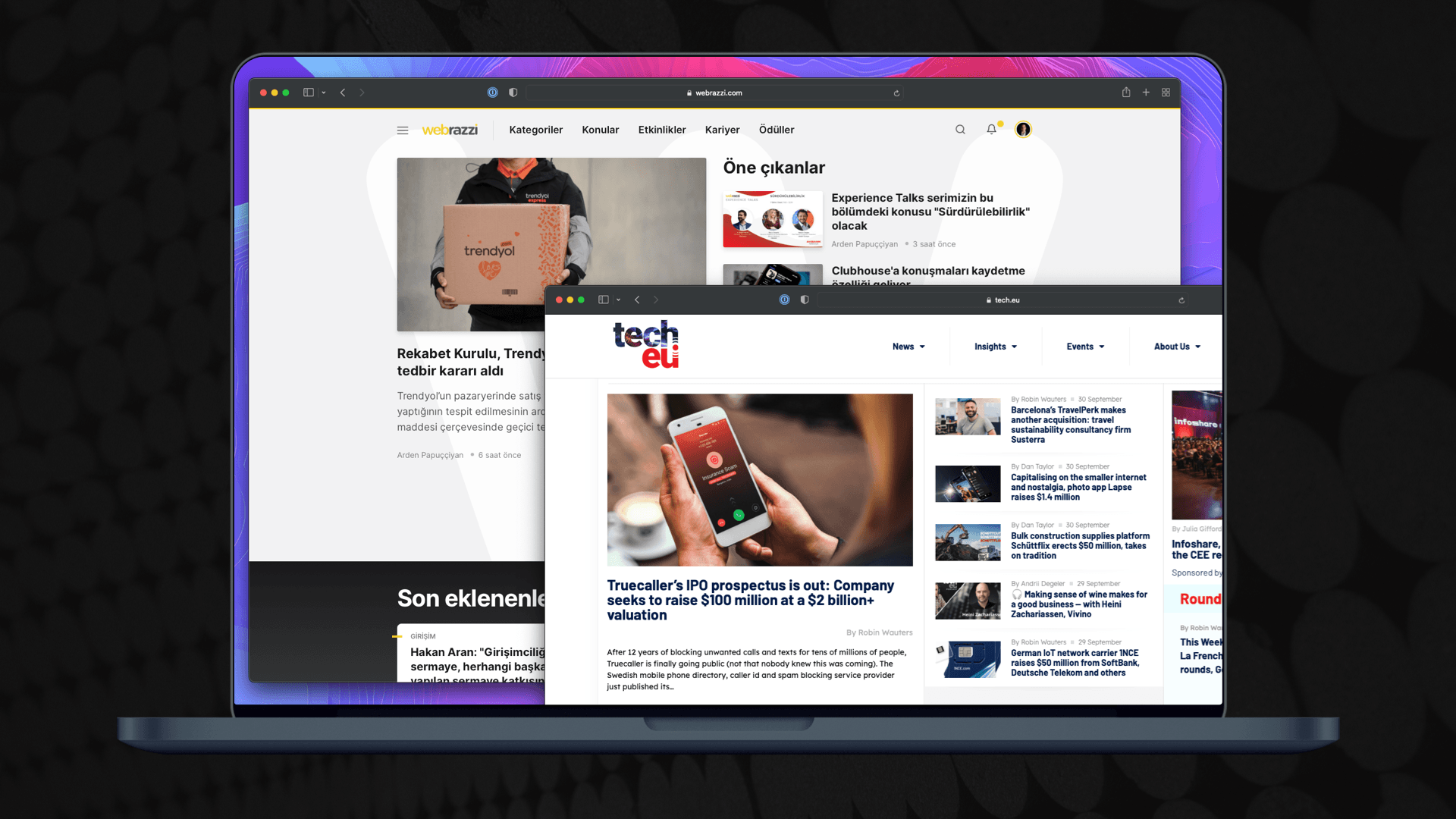 Webrazzi is by far the leading online destination for all things tech in Turkey and a staple in the digital publishing space in the MENA region. It was started by my good friend Arda Kutsal back in 2006 when I was just about to make my own start blogging about tech professionally.

I had the good fortune to attend and speak at his annual flagship event - Webrazzi Summit - in Istanbul a couple of times initially when I was a reporter and editor for TechCrunch and The Next Web, and was always impressed with the way he built and managed his business, and led his team.

I’m genuinely stoked to work together with him, and learn from him, as we combine our respective platforms into a larger media and market research organisation spanning Europe, the UK, Russia and Turkey.

Fun fact: Arda was curious enough about our little Tech.eu adventure in its super early days that he offered to invest in the company, unfortunately right after we closed our seed round. We stayed in touch and late last year caught up with each other to discuss how our respective companies were doing in times of massive growth of the tech sector globally. We talked for hours, followed up with another call, and another … and one thing led to another, as the saying goes. 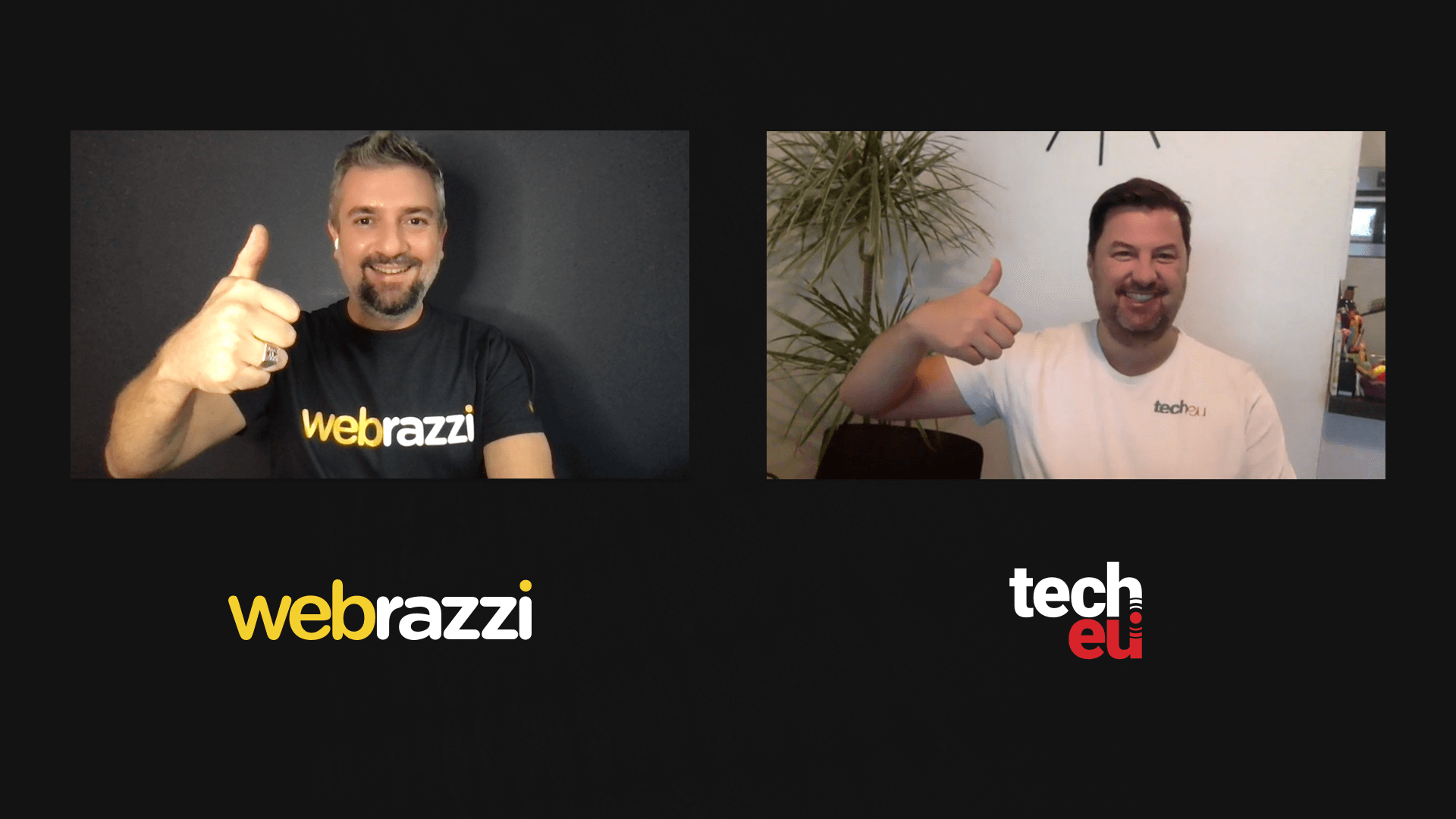 For you, the Tech.eu community and audience, it would be a lie to pretend that nothing will change. By becoming part of Webrazzi and pooling together our resources, we have an opportunity to be a lot bolder in our plans for the future of Tech.eu, and this will benefit you.

As you may have noticed, the European innovation ecosystems are growing like crazy, and together with Webrazzi we can meet the challenge of covering the scene the way we originally meant to - consistently, and qualitatively. So, expect lots of change, but positive change in the form of various new initiatives in the near future, and we’ll be sure to take on board your feedback to make sure we write that next chapter for Tech.eu alongside you.

On a personal note: massive thanks to everyone who supported me and the rest of the Tech.eu team on this journey. I feel incredibly privileged to have met so many amazing people along the way, and I can’t wait to see what else I get to learn from people during the rest of the journey. If it wasn’t obvious, I am still terribly passionate about what we do at Tech.eu and I am not going anywhere - it will be a genuine privilege to continue growing the company as part of Webrazzi.

And if you want to learn what we can do for your organisation, don't hesitate to reach out to us so we can discuss a wide variety of business opportunities.

PS: if you were planning to attend Webrazzi’s upcoming annual summit on the 20th of October, let’s meet up in person in Istanbul and I’ll be happy to share more about our exciting plans for the future!

1 like
1
Tech.eu has been acquired. You won't believe what happens next!
Comments
Follow the developments in the technology world. What would you like us to deliver to you?
All

NEXT
Home design and decorating startup Plum plumbs €5 million in seed funding
Let’s be honest, not all of us are incredible interior designers. Or, sometimes we’re just too…
Dan Taylor