To the moon and back with The Exploration Company as it raises €5.3 million

Franco-German spacetech The Exploration Company has raised €5.3 million in a seed round. The company has the goal of developing, producing, and operating a modular and reusable orbital vehicle they've dubbed Nyx. And yes, that's Nyx as in the Greek goddess of the cosmos creation. The seed funding will be used to grow the team, perform tests and demonstrations, and pass major tech reviews. 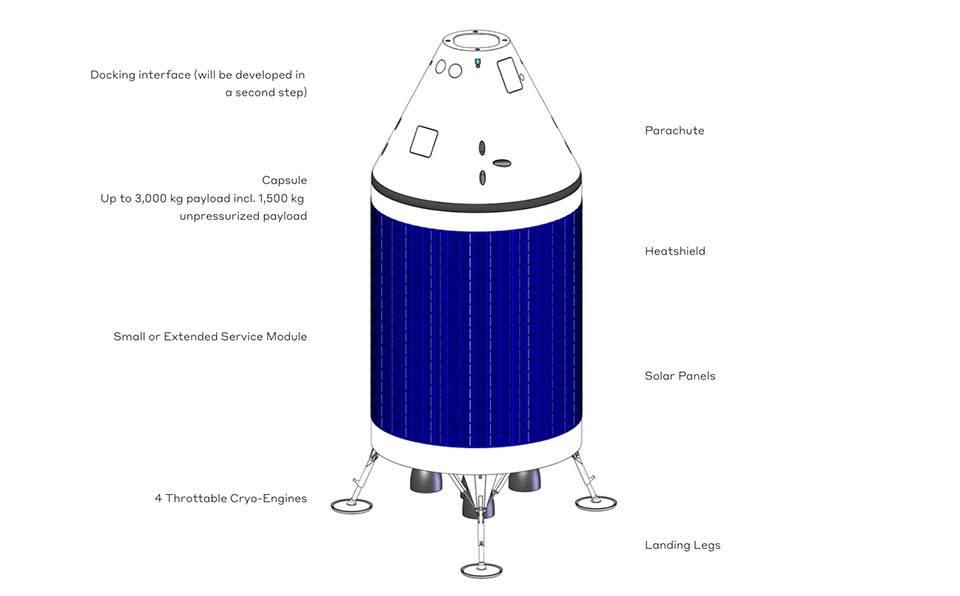 With media darlings Bezos, Branson, and Musk all catching all the headlines, it’s fairly easy to overlook the vast amount of other innovations in space technologies that are currently taking place. So would be the case with The Exploration Company (a possible nod to Elon’s The Boring Company?), with their plans to leverage reusable and open technology to provide in-space experiments for 10% of the price of the International Space Station, lunar flights at a fraction of the cost of current competitors, and opening up new opportunities for non and new-space players.

Founded in June of this year, The Exploration Company is incubated at ESA BIC Bavaria and has been selected by CNES Tech the Moon programme. This means, technically, everything is still very theoretical at this point, however, a first demo is planned in 2024, a global orbit in 2026, a lunar landing for 2028, and a lunar boomerang mission for 2030 that will see the vehicle launch from earth, land on the moon, and then launch from the lunar surface and, if all goes according to plan, successfully return to earth.

The Exploration Company team consists of a number of former Airbus and ArianeGroup employees including co-founder and CEO Hélène Huby, former Director of Innovation with Airbus Defence & Space where she played a critical role in the creation of Airbus Ventures and the OneWeb deal. Likewise, the startup’s strategic advisors include General André Lanata, former Supreme Allied Commander Transformation, and Chief of Staff of the French Air Force.

The Exploration Company’s €5.3 million seed funding round was led by Promus Ventures with co-investors Vsquared and Cherry Ventures participating.

“While the International Space Station has played an important role in fostering astronomical research and engineering for the past few decades, new platforms are needed,” commented Cherry Ventures’ Filip Dames. “The Exploration Company is set to be a key European and global player here as the capsules they develop will become a crucial part in the value chain of commercializing space. We're proud to back Helene and her team, which is uniquely positioned, bringing together experience from Airbus and ArianeGroup, to harness space for technological evolution."

To the moon and back with The Exploration Company as it raises €5.3 million
Comments
Follow the developments in the technology world. What would you like us to deliver to you?
All

NEXT
🎧 Healthtech platforms of the future — with Christian Weiss, Heal Capital
The Tech.eu Podcast is a show in which we discuss some of the most interesting stories from the…
Andrii Degeler