The Year of Tiger Global? The investment firm's crazy intensive start of the year

We took a quick look at investment behemoth Tiger Global's investments in European tech companies that were announced since the beginning of this year, and the pace is just insane right off the bat.

Ahead of other traditionally prolific investors like Bpifrance, High-Tech Gründerfonds (HGTF) and Kima Ventures, and leaving behind major VC firms like Eurazeo, Index Ventures and Insight Partners, Tiger Global made 11 investments in European tech in January alone. That's thus not counting investments announced in February, such as its participation in Prague-born Productboard's $125 million round, and Algorithmiq’s $4 million seed round (i.e. 13 deals this year to date). 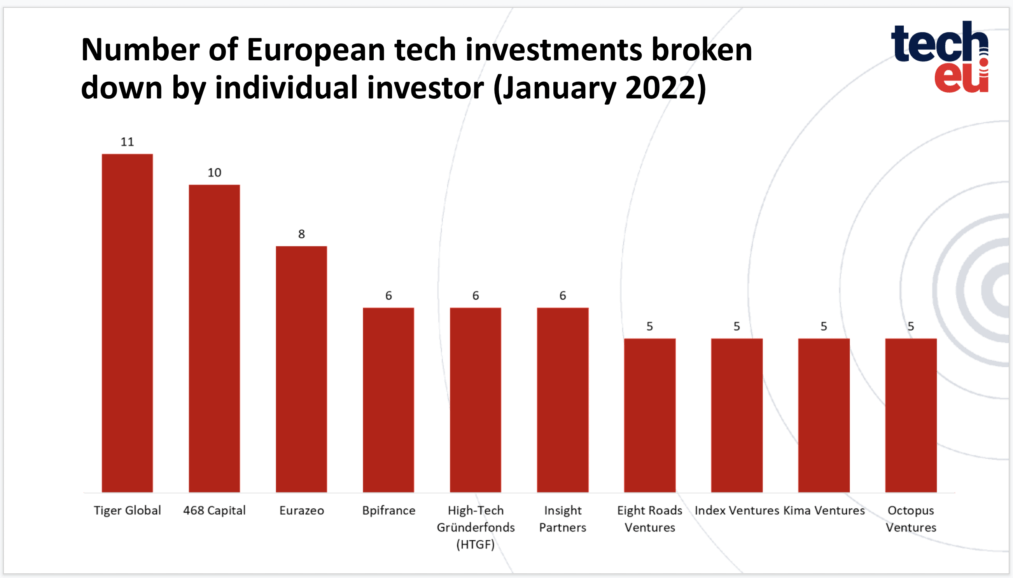 It's not that surprising given that the New York-based fund made roughly one investment a day last year, but still, if anyone was expecting (or hoping for) their dealmaking pace to decelerate, adjust your expectations accordingly.

Here's a list of financing deals announced in January 2022 that had Tiger Global participate (in chronological order), ranging from $60 million to $1 billion:

That means Tiger took part in €2.1 billion+ worth of investment deals in a single month. 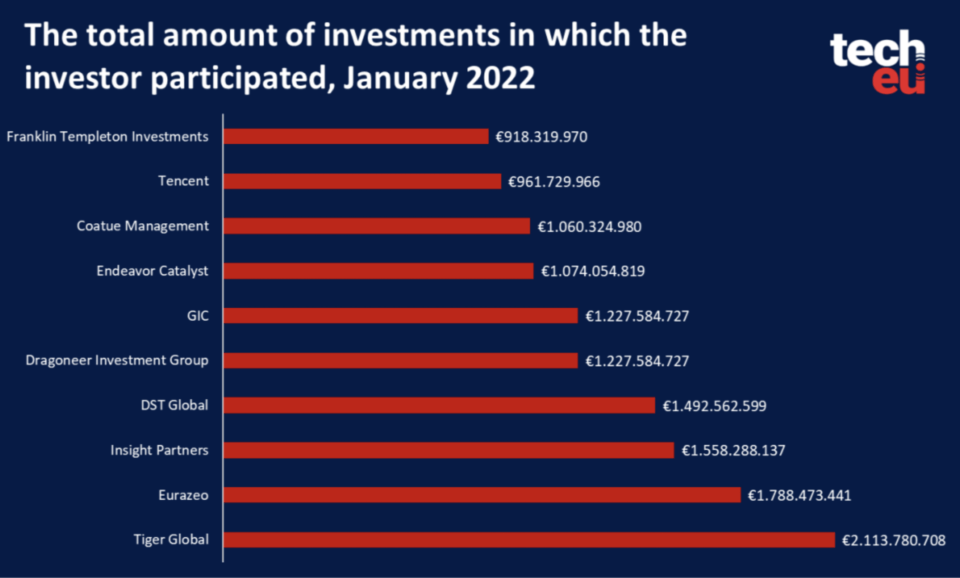 Sector-wise, their co-investments were a bit all over the place, but fintech continues to be a major focus for the investment firm. Same when it comes to geography, with 3 investments in the UK and Ireland, 3 round participations in France and 2 in Germany.

We'll continue to keep track of this (and a whole lot more) in the months to come.

The Year of Tiger Global? The investment firm's crazy intensive start of the year
Comments
Follow the developments in the technology world. What would you like us to deliver to you?
All