Backed is back for more, now armed with €150 million

London-based Backed VC is returning to the dancefloor with a €75 million seed fund and a €75 million follow-on fund. But with all the “human-centric” buzzwords attached, does the firm really live up to the promise? I sat down with Alex and Andre to find out.
Dan Taylor 22 February 2022
Share
Facebook Twitter Linkedin

Back in 2015, Andre de Haes and Alex Brunicki assembled €50 million and launched yet another European-focused early-stage VC fund.  While impressive in its own right, there was nothing particularly out of the ordinary happening here.

That is, until you look at la raison d'être du Backed; to establish a more “community-driven” VC model.

Over the past two or so years, the usage of the word “community” has reached “dead horse” proportions. Speaking from personal experience, when the reality of the pandemic set in, practically every conference or event in the tech industry I’d worked with seemingly overnight launched their own version of “community”. A few got it right. A great many did not.

So when the news arrived on my desk that Backed had reloaded the cannons with two new funds, a €75 million seed and a €75 million follow on, in order to, “champion seed entrepreneurs in Europe with its human-centric model”, you’ll forgive me when an eyebrow was raised.

With no shortage of cash available to European founders as of late, the influx has turned the tables. So much so that the once casually competing VC firms are clearly no longer casual about their rivalries. Mentions of a ‘value add’, and ‘entrepreneurial background’, and, “we understand, we’ve been there” have skyrocketed, all in an attempt to woo the most promising startups to the table.

But if more than half of all founders are looking for more than just money, and Backed’s founding partners lay no claim to an entrepreneurial background, does this community-driven approach hold water in today’s climate? I hopped on the tube to go find out.

A Theme At Work

Upon entry to the suitably hipster-chic office in East London, the lack of hierarchy is readily apparent. There is not a single office or desk to be found, replaced in favour of long tables, a workspace to be shared by all.

Similarly, a series of photos from live music events adorn the entranceway at Backed, capped by a single print; Poets and Punks, a work from Nottingham-based Fanclub that pays homage to the likes of game-changers including Janis Joplin, Andy Warhol, Salvador Dali, and Sid Vicious.

Sitting down with Alex and Andre, I quickly dispensed with the pleasantries and cut to the chase. I’d heard the word community used time and time again, and I came loaded with a high amount of skepticism.

Seemingly amused with my bravado, Alex provided a smile and explained,

“For me, a community is a group of people with a shared history, a shared experience or experiences. Where this comes into play at Backed, is that it means that we’re looking to support founders that are not only living meaningful lives, in part through their work, but also share a sense of commitment to each others’ long-term growth.”

Ok. Not bad, but how do I know whether or not there’s been a great deal of training and preparation put into that answer? Or that the atelier-esque office isn’t some carefully planned façade?

Over the course of our hour-long conversation, with Alex making a few references to  Burning Man that only those who had made the pilgrimage to Black Rock City would ever fully understand, and Andre slipping in a mention of London's legendary Fabric venue, my countless hours of standing next to bass bins and sunrise taxi rides to afterparties told me that this wasn’t an act. These guys had been there, they’d done that too. Moreso, they understood exactly what draws and unites a culture, or rather, a community.

This was the real deal.

The Music Sounds Better With You

Regardless of genre, music is one of the oldest, most universal, and most powerful forms of expression known to humankind.

Initiated by the singing of carols, on Christmas Eve, 1914 warring ​​British and German soldiers disobeyed orders and voluntarily initiated a temporary ceasefire. Scores of jazz musicians broke down racial barriers in the 1920s and 30s through the universal appeal of their music. And perhaps one of the most well-known music events of all time, The Woodstock Music and Art Fair not only lent a voice to an entire generation, but provided the blueprint and groundwork for countless numbers of communities to form thereafter.

But here’s the rub: the business of converting culture into cash has proven to be notoriously difficult. An area reserved for a rarified few. But through a series of carefully crafted experiences and support mechanisms, Backed might well be on its way to joining this club.

If You Build It, They Will Come

Amongst the 30 some events that Backed hosts on an annual basis, a social highlight is their series of side events and parties at the tech industries’ most rave-like conference, the laser-bathed Slush. Alongside the only official gaming-focused side event, Future of Gaming, the firm lays claim to a 1,000 attendee party that sees the guestlist max out in minutes. An experience that everyone and their mother wants in on. If you think that members of the Backed family aren't at the top of that list, you're sadly mistaken.

Narrowing things down to more founder-specific initiatives, monthly dinners welcome portfolio companies to break bread together, and multi-day retreats (the last was in Tuscany) are curated to foster new relationships that extend well beyond working hours.

But it’s not all just parties and jetting off to exotic locales, as Backed has firmly put its back into the business of business. An in-house developed 18-month support programme provides founders with 24 unique services including situational leadership training, culture and values workshops, an in-house recruiter to aid in sourcing top talent, executive coaching services, and access to mental health services.

Yes, mental health services. Since day one. Even prior to the pandemic, Backed has been investing in the power of a well-balanced mind.

Clearly, this “human-centric” approach is paying off. Backed has seen 4 exits, including Hutch Games, which, after being sold to MTG for $375 million, distributed a share of the proceeds to each and every staff member, counts 3 unicorns in the portfolio via Thought Machine, Sky Mavis, and Immutable X, and reports that 80 percent of existing investors returned to the table to further support the firm’s approach and ambitions.

Backed’s new funds are supported by five major institutions including publicly-listed firm Groupe Bruxelles Lambert (via Sienna Capital) and private firms including Wilshire Associates. 20 family offices and over 20 entrepreneurs, including several from Backed’s own portfolio are also onboard.

There’s truth in the fact that a (relatively) young VC firm seeking to differentiate itself from the crowd needs to maintain consistent messaging to drive its point home. But a little goes a long way.

While the jaded critic in me still finds Backed’s approach to be a bit heavy-handed, the realist in me has come to conclude that it’s not just marketing fluff but is in fact, the real deal.

If a picture says a thousand words, allow me to leave you with this. A framed flag that hangs in the entranceway at Backed and anchors everything they stand for. 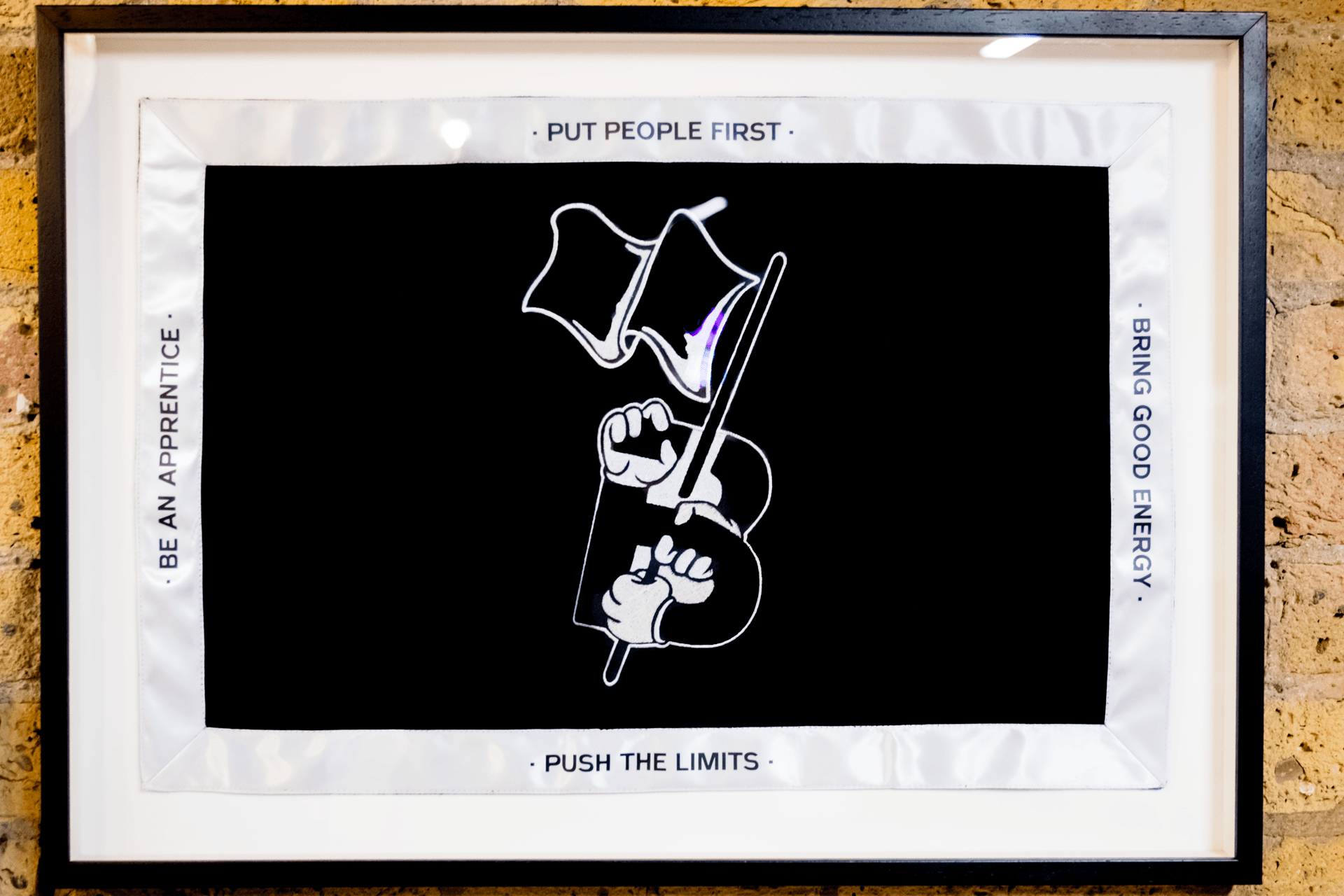 Backed is back for more, now armed with €150 million
Comments
Follow the developments in the technology world. What would you like us to deliver to you?
All