Eschewing the carbon counting and trading, London's Altruistiq is going it's own way and targeting the traditional bad actors with what it sees as a much more effective carbon abatement method.
Dan Taylor 25 July 2022
Share
Facebook Twitter Linkedin

London-based Altruistiq has raised £15 million in a seed funding round. The startup joins the we-help-businesses-keep-track-of-their-carbon-footprint wars, however, is aiming to put its own twist on the trade by, “changing the standard on carbon reporting from a “carbon accounting and credits” approach to a “carbon abatement” model”.

The £15 million clams will help support Altruistiq’s goal of shifting an entire global standard with its abatement engine design.

With everyone and their brother seemingly coming out with a carbon accounting and credits SaaS solution every other week, you’ll forgive me if Altruistiq’s announcement triggered the proverbial, “Oh dear, another one?” kneejerk reaction de moi.

However; as noted above instead of keeping tabs on things and trading credits *yawn*, similar to France’s Traace, Altruistiq is aiming to nip carbon in the bud, e.g. helping companies to fundamentally change their practices and cutting carbon pollution before it even happens.

With carbon counters typically targeting the same audience, typically SMEs and tech-related businesses, generally, those whose carbon output is minimal (when compared to many other industries), Altruistiq is going after much larger enterprises with its solution, specifically the traditional “bad actors”. 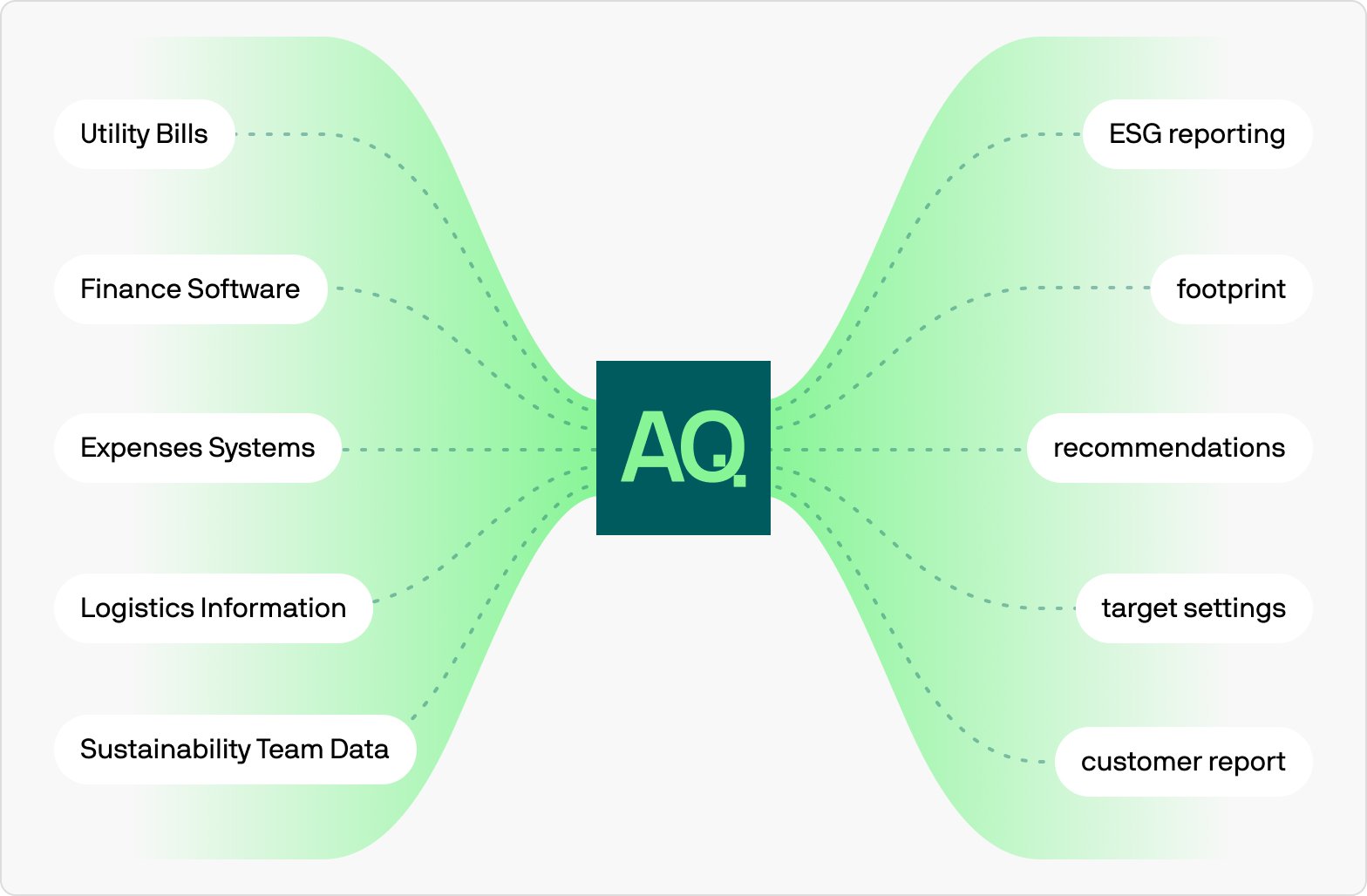 When it comes to scale, carbon offset programmes usually run into the millions of dollars/pounds/euros, and by choking the emissions at the source, the financial upsides to carbon abatement become significant. Rapidly.

Explaining further, Altruistiq CEO and founder (and former Associate Partner at McKinsey & Company) Saif Hameed explained, “We’ve seen a big shift towards businesses embracing the ‘carbon accounting’ space. Whilst this is a helpful tailwind, inaccurate data sets and a resulting lack of granular calculation leads to generic emission factors that can leave organisations open to charges of greenwashing. We, at Altruistiq, are focused on giving businesses the data engineering tools to better understand their actual impact, whilst also enhancing their credibility on sustainability.”

“Altruistiq is already proving the power of its platform which we believe can be the category leader of a rapidly evolving market. There is an increasing need and demand for a carbon abatement solution to go beyond just reporting and Altruistiq is in a strong position to meet those needs,” concluded Molten’s George Chalmers.

In the sustainability data management wars, Altruistiq raises £15 million
Comments
Follow the developments in the technology world. What would you like us to deliver to you?
All

NEXT
Where finance and climate meet, with Molten's Vinoth Jayakumar
Coming to Molten Ventures from the world of finance, management consulting, and angel…
Dan Taylor