Automation; a technology that sees its first recorded instance date back to 270 BC when Ctesibius described a float regulator for a water clock to keep an accurate eye on the hour at hand. A seemingly simple device, but one that took eons to perfect.

And yet, since this time, humankind has sought to leverage the power of automation to not only simplify tasks that would once have required manual effort but also remove the dreaded ‘human error’ factor.

With belts tightening around the globe in a post-covid/economic slowdown world, you don’t need me to tell you that processes and job functions are being reevaluated and put under the microscope on a daily, hourly, minutely basis. If it can be automated, you can bet it already has, is in the process, or someone, somewhere, somehow is working on it.

Do more with less.

To this end, Dublin-based no-code automation firm Tines, which was named just this past June as the fourth most likely unicorn (soonicorn) by our friends at Sifted has raised $55 million in a Series B extension, bringing the Series B round, the first portion of which was led by former Tiger Global veteran Lee Fixel’s Addition fund, now just shy of $77 million, and the company’s total funding to $96.2 million at a $300 million valuation.

According to a blog post by co-founder Eoin Hinchy, the new funding is slated to be used to, “double down on our go-to-market efforts, research and development, and partnership alliances, and continue to ruthlessly focus on our priorities.”

Additionally, Hinchy told TechCrunch that the company plans on adding another 30 positions to the roster before years’ end and that roles would be distributed evenly between its Dublin HQ and a recently opened office in Boston. 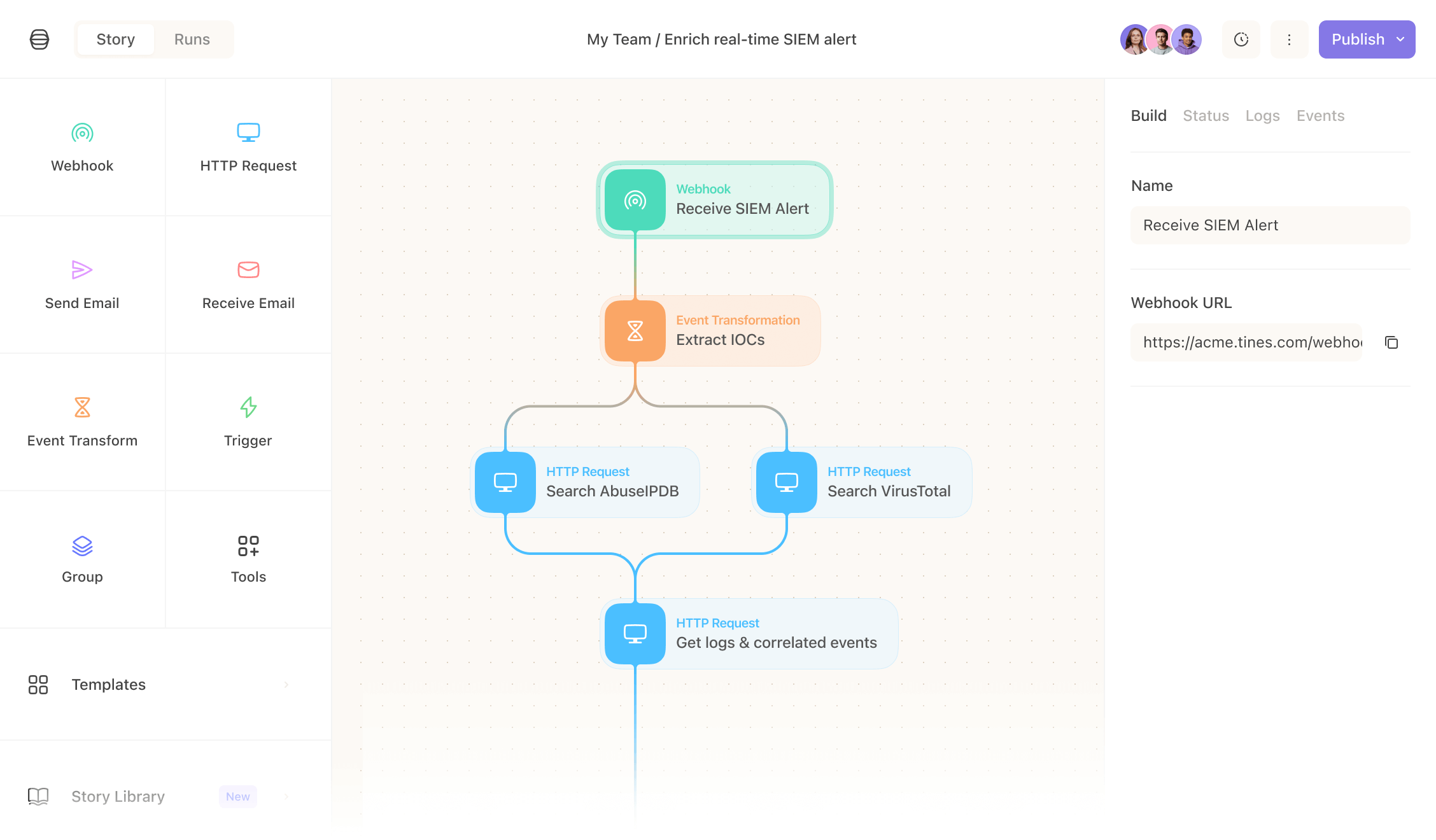 Co-founded in 2018 by Hinchy and Thomas Kinsella, Tines was born out of frustration with the status quo, with its user-centric interface that allows security teams to automate a number of functions, think a cybersecurity version of IFTTT, Tines has steadily built a track record of success and now counts Auth0, Box, Canva, Coinbase, Databricks, Elastic, Gitlab, Kayak, McKesson, and MongoDB amongst its client base.

Dublin’s no-code automation for security teams firm Tines brings in $55 million at "north of" $300 million valuation
Comments
Follow the developments in the technology world. What would you like us to deliver to you?
All

NEXT
Lachy Groom, Shopify, and Slack founders back Humaans to the tune of $15 million
London-based Humaans, not to be confused with…
Dan Taylor