Cardboard and paper make up 41 percent of the solid waste stream worldwide. Instead of sending this waste to the furnace or landfill, Unwasted is redirecting it into building materials.
Dan Taylor 24 January 2023
Share
Facebook Twitter Linkedin

London-HQ’d Unwasted has raised £1.5 million in seed funding. The startup is inputting waste cardboard and packaging and outputting high-performance panel boards to be used in construction, furniture, kitchens, and flooring.

The startup is already backed by the UK Government’s Future Fund, and the £1.5 million was provided by Elbow Beach Capital. According to the company, this £1.5 million serves as a bridge round, as Unwasted is aiming to secure £72 million in a Series A round to be announced in April.

In line with what Wayout is aiming to tackle with plastic waste, Unwasted is taking on cardboard waste. According to the company, the average household throws away approximately 13,000 separate pieces of cardboard every year, resulting in cardboard and paper making up 41 percent of the solid waste stream worldwide.

While the majority of this waste is either sent to landfill or burned, Unwasted has other plans for the medium.

“Unwasted’s mission is to produce a sustainable alternative to virgin wood-based panels which can be remade indefinitely without harm to the environment,” explained CEO Rod Fountain.

With its Neverwaste product, Unwasted is refining and modifying the fibres of cardboard, all the while avoiding the use of glues, resins, and toxic chemicals to produce a premium-specification building material. 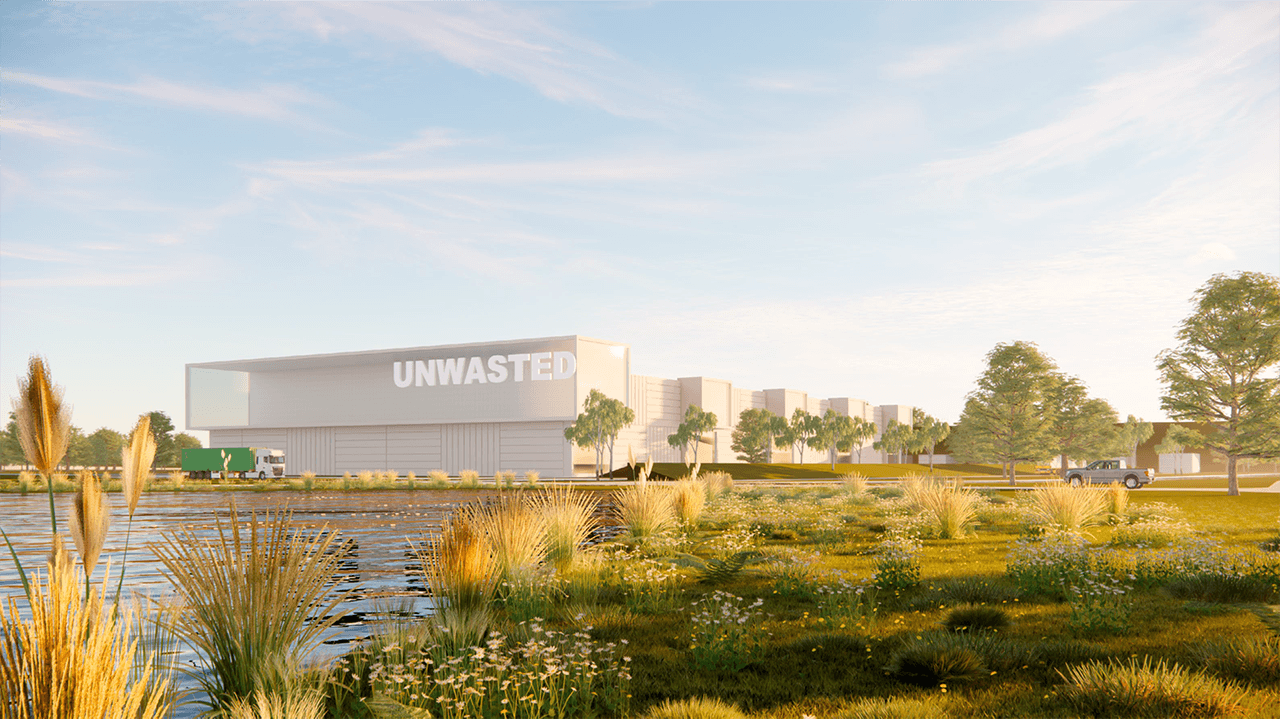 Following the successful validation of its technology at its pilot manufacturing plant in Deeside, North Wales, Unwasted is now setting its sights on the fabrication of a  full-scale production plant in Denmark. The 75,000m2 site in Jutland will be fully powered by renewable energy and operate a closed-loop water system, making it one of the most sustainable factory sites in the world.

According to Unwasted, they’ve already secured the patronage of a number of customers who are expected to take delivery of said panels,  ultimately generating £80 million in revenue per year from a single production line with the option to add a second line.

With these projections in mind, Unwasted is aiming to become the UK’s first recycled materials Unicorn, driven by a minimum of five sites operational in Europe, Australia, and the US by 2030.

On the investment, Elbow Beach Capital Chairman Nick Charman adds, “Unwasted simultaneously addresses two of the biggest sustainability challenges the world faces, namely deforestation and excess waste. By using waste cardboard as its main input, Unwasted has secured a cheap and abundant feedstock for the foreseeable future and can deliver genuine impact in making the construction and manufacturing industries more circular.”

Converting paper waste into premium building materials, Unwasted secures £1.5 million
Comments
Follow the developments in the technology world. What would you like us to deliver to you?
All