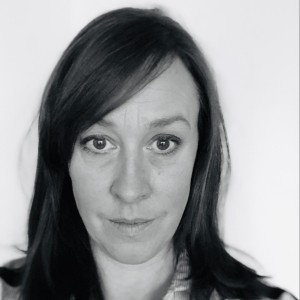 The edtech sector was ripe for a revolution long before the global pandemic forced parents to become teachers and schools to go virtual. This accelerated switch to online learning also prompted investors to fling money at edtech startups, with the expectation that the education sector will be permanently changed.

Education market researchers HolonIQ reported that edtech companies received $16.1 billion in venture capital in 2020. A recent survey from Brighteye Ventures, Europe’s biggest edtech VC firm, said that European edtech funding is set to surge from $711 million in 2020 to $1.8 billion in 2021.

As part of Tech.eu’s Crossing Borders series on international expansion, we spoke to three European edtechs about their scale-up stories, how they weathered the pandemic year (and a half), and how it has shaped expansion plans looking ahead.

Poland-based learning platform Brainly, for one, has seen its monthly user base surge to 350 million today, from 150 million in 2019. Brainly, which enables students and their parents to get help on study assignments, is available to people from 35 global markets including the US, India, Indonesia, Brazil and Russia.

“The switch from offline to online schooling was very big for us,” Brainly founder Michal Borkowski told Tech.eu. “We’ve seen a huge boost in our usage in Brazil, Indonesia and India. That’s where we saw the most of our growth coming during this time.”

Borkowski says that much of the momentum around online education came from parents, who found themselves in the role of teachers. While Brainly experienced in initial drop in usage at the beginning of lockdowns, as people were apprehensive about how the pandemic would go, that usage quickly rebounded, and has stayed robust even after schools reopened.

Felix Ohswald, co-founder and CEO of GoStudent (pictured below), said the pandemic was a mixed bag for them at the start. “On the teacher side, from one day to another we had four times more applications simply because a lot of young people were looking for remote jobs… and providing online teaching is a pretty attractive opportunity,” Ohswald told Tech.eu.

However, on the parent side they saw a decrease in search volume for tutoring services because there was less pressure in school, and fewer regular exams, which in the end made it more expensive for them to acquire new customers.

Vienna-headquartered GoStudent became Europe’s first edtech unicorn in June 2021, after raising a €205 million round that valued the company at €1.4 billion. They are present in more than 15 countries, and about to add Colombia, Chile, Mexico, Brazil, and Canada in the coming months, as part of their stated ambition to become the world’s number one online school.

Neither GoStudent nor Brainly had to fundamentally adapt their business models because of the pandemic. One startup that did have to do a speedy pivot is technology-education startup Ironhack, which operates nine campuses in cities including Madrid, Berlin, Miami, Amsterdam, and São Paolo.

Adrià Baqués, Ironhack’s global head of operations, said the Spain-based startup had to immediately switch from offline to online education, training their teachers in the evenings so they could teach the next day. On the plus side, it gave them the chance to launch a remote campus.

The pandemic has already forced a rethink in Ironhack’s international expansion strategy looking ahead. With its last $20 million Series B raise, they now plan to put physical expansion on hold to see what happens pandemic-wise, and instead focus on launching new business lines such as building up remote and hybrid courses, and working with corporations, universities and governments to train larger amounts of people.

There are some common core criteria that these edtechs all need to tick off when they eye launching in new markets. Brainly’s founder said that, historically, they looked at the countries with the highest populations around the world and Internet adoption in each country.

“Based on that we created a map and by default we focused on markets that have a high percentage of GDP, or more household income spent on additional education,” Borkowski explained.

He says they “kind of skipped Western Europe” in their plans, as there is already quite a lot of government funding ploughed into educations and not much spent on supplementary education, especially at the middle and high school level.

GoStudent also looks at two main criteria to get a clear picture if it’s worth going into a new country. One is the size of the private after-school education markets and the other is Google Trends results on the search volume for tutoring-related keywords.

As a campus-based business, Ironhack’s expansion was based on factors like the cost of renting teaching space, cost of living in the city, ease of hiring teachers and program managers, and the number of competitors. The competition and astronomical cost of space and living ruled out London for Ironhack, Baqués says. The Ironhack playbook for assessing potential new markets includes analysis of demand for the types of job positions their graduates are being trained for, including projections on how many web developers, UX designers and data analysts different cities will likely need in the coming years.

Then they look into whether there are enough potential students who would be willing and able to pay for Ironhack’s courses. “If you went for example to Sweden, education is free there, who is going to pay for education?” Baqués (pictured on the left) says.

Once they start to expand again post-pandemic, they will adapt their strategy to target second and third cities in an existing market, where they already have a strong brand and relationships with governments and companies.

In terms of what he wishes he had known back at the start of their expansion journey, he says that sometimes you make assumptions that don’t pan out—for example, you can’t necessarily raise the price of tuition to balance the cost of being in an expensive city.

“You would think that really big cities have a lot of potential and that might not be the case—for example Amsterdam, it is a tech hub really based on expats, then Covid happens, expats go away, what do you do?”

For any startup, finding the right staff to help you succeed in a new country can be a major headache. It’s often even tougher for edtechs if they also need to find to find tutors and teachers.

“Teachers are the unicorns you never find, and we are a teacher-dependent business,” says Baqués, adding that its tough to find people in top technical positions who also happen to be great communicators and good at handling groups of students, especially given that education is not the highest paid sector.

“It’s all about hiring the right people,” Ohswald says. They prioritise on hiring great country managers, who tend to be more senior people and “very stress resilient” to build up their operational team in each country.

“Sounds probably very easy, but it is the biggest challenge, because you cannot be in the country 24/7… so you need to have people who manage the operation and build up that culture and you need to trust them 100%,” he adds.

Ohswald says that the biggest expansion surprise for him has been how finding educational help for children is a common problem across all their markets. The core difference is how the education offerings differ in each market, which means deploying different acquisition strategies.

“There are countries where you have a strong offline offering, like Greece for example, where no one is looking for teachers online, it is purely word-of-mouth and in Germany for example, the amount of people looking online is significantly proportionally higher,” he says.

In Russia, where they launched three months ago, referrals and influencer marketing are extremely effective: “When an Instagram mum posts that GoStudent is awesome you have instantly people requesting the service.”

Brainly does very little marketing, according to Borkowski, relying on SEO, boosted by their users creating huge amounts of content, and word-of-mouth created by students, parents, and teachers talking about them.

Same goes for Ironhack, where recommendations pull in 30-40% of new students, and they focus on creating community among their alumni, who often write or make videos of their experiences of the course and help spread the word.

While Brainly doesn’t expect to see a big drop-off in user numbers after the pandemic is – eventually – over, they think that the crazy user growth will likely be a bit slower.

Ohswald says he expects the opposite of a slow-down once schools are fully back. “What we see now in countries that have now opened schools for a longer time is actually a big spike and more people searching for it [tutoring] because they realised how much they missed out in the last year.” GoStudent is expecting a big boom in September and October this year.