Starting up in Europe: Tales from Estonia, Hungary, Germany and the UK

What are the challenges and opportunities of being part of the European startup ecosystem? Four entrepreneurs from across the region weigh in on funding, cultural advantages and thinking global.
Charmaine Li 27 March 2014
Share
Facebook Twitter Linkedin

About 100 people from the European startup ecosystem gathered at the Allianz Forum, situated just east of the Brandenburg Gate in Berlin, earlier this month to discuss the challenges and opportunities of being an entrepreneur in Europe as well as what can be done to foster a more startup-friendly environment in the region.

Though it sounds like one of the many digital entrepreneurship-focused initiatives coming out of the EU, in fact, it was the first event from the European Startup Initiative – a non-profit project supported by the Allianz Cultural Foundation.

Founded in early 2013, the initiative hopes to facilitate interaction between startups, accelerators and policy-makers across Europe.

The aim? To spark "cross-sectoral, horizontal dialogue" to transform Europe into a entrepreneur-friendly environment. 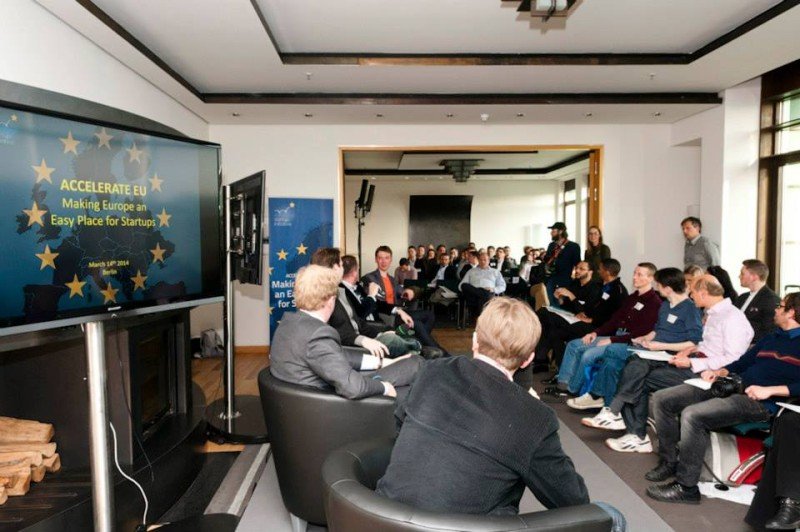 The most interesting portion of the event was a roundtable discussion that saw entrepreneurs – hailing from Estonia, Hungary, Germany and the UK – discuss their personal experiences being part of the European startup ecosystem. Here's what they had to say about starting up in these hubs:

Originally from the United States, Chris Brown (right) – a Program Manager at B2B-focused accelerator Startup Wise Guys – has been living in Estonia for about six years now.

Brown started out the discussion by acknowledging how the global success of Skype, which was developed in Tallinn and acquired by Microsoft in 2011, “created this sense of possibility amongst everybody within the startup community”. 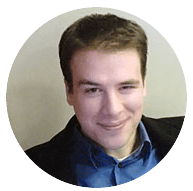 “Because the city is so small, everybody really does know everybody, it’s like, ‘Oh yah, I know those guys, I guess I can do that too... and potentially exit twice out of the same company’,” he explained. "That really created this huge flow of potential entrepreneurs.”

“But Estonia has another unique attribute, culturally, which has given them an even greater advantage,” Brown continued. “Being as small as the country is – the entire country is 1.3 million people and Tallinn is about 450,000 – what that’s done is that everyone who thinks about building a business and starting a company in Estonia does not look as Estonia as a place to do that.”

“They are thinking of, ‘Where is our money going next?’ from before they’re really even thinking about how to build the company... Estonians are very good at being uncomfortable and saying, ‘Alright, well I’m going to have to move over to New York or to the Valley or to London and I’m going to be there for at least as long as it takes to make my company successful’,” he said.

Brown isn’t the only one to notice the proclivity of Estonian entrepreneurs to think globally from day one.

Last year, Timo Rein, CEO of sales management tool Pipedrive – from Estonia but now based in San Francisco – expressed a similar sentiment in a piece about what it’s like to start up in the country:

If you want to succeed in Estonia as a software business, you had better think about how to leverage customers in Europe, America and Asia as well, otherwise you’ll find it incredibly difficult to reach a sustainable scale.

Forgive my pessimism – it’s not all bad. The need to be globally successful from day one puts many Estonian early startups in a position where they actually can serve international markets, a task many US startups will face only after they’ve conquered their home continent.

Because Estonians have been learning English at a young age, he explained, many can speak fluently, which means they don't have to worry about a language barrier when it comes to talking to someone in the UK or working with an investor from the US.

In addition to being immersed in the Estonian startup scene, Brown was recently in Hungary for about six weeks exploring its entrepreneurial landscape. When asked by a fellow panelist about whether Hungary's larger population could potentially reduce the number of startups focusing on internationalization, Brown responded:

“Well, the first two startup events I went to were in Hungarian – I don’t know yet, whether or not that’s directly related to the size and the feeling of, 'Okay, I’ll build my idea here and then worry later about where I’m going to go with it.'"

"I get the sense, talking to a couple of entrepreneurs, that they sort of express this feeling of, 'We’ll build it here, test it out here and then we’ll go elsewhere.'" 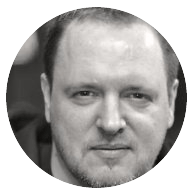 Peter Kadas (left) – CEO of startup accelerator Traction Tribe, which operates in both Budapest and Los Angeles – chimed in,  "I think it’s partially right that some people in Hungary are not yet there. However, I have to say, that in Hungary, this whole entrepreneurship thing is just burning now."

Kadas, who never ceased to evoke a couple of laughs in the audience with his blatantly honest remarks, has been an entrepreneur for more than 18 years and also provided insight on the state of startup funding in Hungary.

"One other thing, in Hungary, is that there’s no lack of capital at all," he added animatedly. "We have a shitload of venture capital – but it never reaches the startups. It’s very special, I mean, this is artificial capital that has been structured very badly."

"Another thing is, we have these European Union funds, which is a great thing but I’ve a seen a couple of startups who literally bankrupted because they applied to these funds," he said.

"Seriously, they are so slow."

Germany – the need to look broader from the beginning 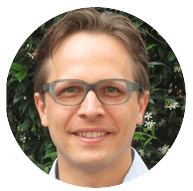 Acting as the panel moderator, Sebastian Sieglerschmidt (right) – founder of 7trends and CEO of the Allianz Digital Accelerator in Berlin – echoed earlier sentiments about the importance of startups to go global at the get-go and how this could influence an investor's decision to get involved.

"At the moment, I get a lot of proposals from companies," he said, "I would say nine out of 10 say the same thing: 'We'll focus on Germany first and when we have the market here, then we'll think of internationalization.'"

Sieglerschmidt, who has been a business angel and worked alongside notorious Rocket Internet co-founder Oliver Samwer in Germany, argued that the lack of capital in Europe is not a problem but "more of a symptom".

"If you look at really interesting innovations, the majority come from the US still and, maybe if I look at Europe, then from the UK. But if I want to be efficient in managing my deal flow, I go first to where I have the highest chance of seeing some interesting ideas."

"If we would go around to startups and say, 'Guys here in Europe – think bigger, think global, or at least think European'. My hypothesis would be that the capital would come..." he said.

It's no secret that startup pundits like to make comparisons between Europe and the US – it can be hard not to with both regions occupying about 10 million km² of land and exerting a substantial influence in the global economy.

However, the truth of the matter is that the cultural makeup of each region differs so drastically that it's often difficult to come away from these discussions with any actionable insights. 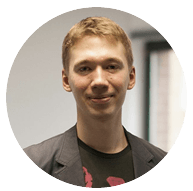 Alex Berezovskiy (left), CEO of London-based startup agency Leto, offered a look into how some UK entrepreneurs think about international expansion. Similar to previous examples from Germany and Hungary, he explained that UK startups tend to focus on smaller test markets first – such as London or the Tech City cluster – and then think bigger.

But contrary to views by other panelists on the topic, he argued that this kind of strategy is a good way to validate your idea before scaling up.

"The main problem we have, I think, is that startups in the UK generally do not consider Europe as a market," Berezovskiy said. "The next thing they think about is, 'Oh, we’re going to New York'. All the startups that I’ve met, all they talk about is Silicon Valley or New York."

When it came to the topic of whether or not Europe should decide on a central tech hub mirroring Silicon Valley, he added, "I don’t think we want to actually pick a city... Silicon Valley happened naturally. You cannot orchestrate this process. I think what we should do instead is, we should support what’s already happening in all of these cities."

Starting up in Europe: Tales from Estonia, Hungary, Germany and the UK
Comments
Follow the developments in the technology world. What would you like us to deliver to you?
All

NEXT
European app makers are losing the fight for today's battleground: your smartphone's home screen
As much as we're determined to shine a light on…
Robin Wauters