Viber, until further notice still the maker of one of the world's biggest messaging apps, has recently acquired Nextpeer, an Israeli social gaming platform company.

For Viber, it was the first acquisition since it was itself acquired by Japanese tech giant Rakuten for $900 million, and one that was in line with the gaming-oriented strategy it has adopted since then.

tech.eu recently caught up with Mark Hardy, Viber's CMO, to discuss the Nextpeer purchase, why the company decided to focus on games, what - if anything - has changed since its acquisition by Rakuten, its future monetisation plans and the point of its 'public chats'.

tech.eu: Why did Viber acquire Nextpeer, and how long did the process take?

Mark Hardy: Viber is always on the lookout for top talent in the technology industry. We’ve known about Nextpeer for about four years now and the team has consulted on some Viber projects in the past, so we were very aware of the company and its expertise, which is providing an out-of-the-box solution for mobile developers. Since we are a user-focused product, the goal was to find talent within a platform development culture. By introducing the Nextpeer team, it will allow us to build and enhance our games platform and fit it into our long-term strategy of making it easier for users and brands to connect.

This acquisition is a part of your gaming-oriented strategy, adopted since you became part of Rakuten. Why exactly did you decide to concentrate on mobile gaming back then?

We’re always looking for new ways to engage our users and think games is a great way to do that. The integration of Nextpeer will help us to increase engagement within the games.

Will the focus on gaming result in increased revenue and profits?

We are not disclosing any projected profits.

It was stated in an official Rakuten report that the company made a strategic investment in Viber, which led to a significant profit loss. How is Viber going to monetise now?

We have always promised to keep Viber-to-Viber messaging and calls free for everyone and that won’t change. Viber monetizes through two main sources of income generation — ViberOut calls and sticker sales.

We have more than 5,000 stickers in the sticker market and about 25 per cent are free on mobile, with the remaining stickers costing approximately £1.50 per pack. The other model is Viber Out, which allows you to make low cost calls to anyone across the globe at competitive rates, on their cell phones or landlines even if they don’t have Viber.

We also offer a number of B2B opportunities, like service messaging. These are messages that can be sent by companies such as banks, credit card companies etc. to their end-users using the Viber API. 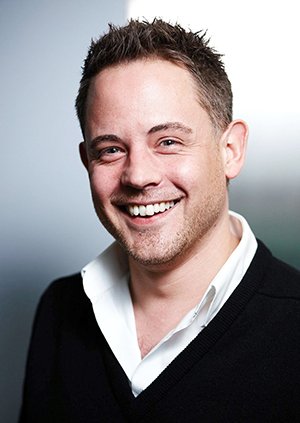 Which markets is Viber currently focusing on, and why? How many users do you have in different countries and what kind of growth pace do you expect?

We are seeing fast-paced adoption in Russia, South East Asia, Central and Eastern Europe and the United States, so we have ensured we have teams in place to support this growth locally, including recently added senior management in North America, South East Asia and Central and Eastern Europe with the appointments of Scott Nelson, Crystal Lee and Atanas Raykov respectively. They are joining our country managers in Russia, India and Brazil. This group of senior managers will be responsible for growth and retention strategies in their respective regions as part of our overall goal to build and retain a highly engaged global audience. We have more than 600 million users spread fairly evenly across all the continents.

We do not offer a breakdown of users per country, or projected growth figures.

Competition on the messaging apps market is obviously intense: WhatsApp has more than 800 million active users, Telegram hit 62 million in 18 months ... How are you going to compete with them and what can you name as distinctive features of Viber in comparison to them?

We have a strong presence globally with more than 600 million users evenly spread across the world and our numbers continue to grow rapidly. We welcome competition in the marketplace as it makes the industry more exciting and motivates us to continue to provide the most engaging platform to our users.

In addition to providing individual messaging, high-quality phone and video calls and group chats, our Viber standout features are our recent additions of Public Chats and Viber Games. With the introduction of both of these, we’re seeing more users than ever staying engaged within the app across multiple platforms. The fact that we have full cross-platform compatibility across mobile phones, desktop computers and tablets also means that our users can always communicate on the device that’s most convenient for them at any given time.

Why have you introduced public chats? Isn’t it an attempt to shift towards social networks like Facebook?

Attracting people to Viber is not a problem — our focus now is retaining those users and getting them to spend more time within the app. Public Chats are a great way for Viber’s users to see real conversations from their favourite celebrities, personalities and brands. It’s a more intimate than other social media channels because you are getting an insider’s view of the people and subjects that matter to you most.

We've created a platform that allows us to deliver exclusive content that users want to engage with.

We already have more than 700 partners on board, including publishers like the BBC and Empire magazine, platforms like SBTV and Buzzfeed, as well as DJs, unsigned bands, food bloggers and even a book club. This adds another layer to Viber and our ambition is to become more of social entertainment base on mobile that centres on communication, allowing our users to get access to content they couldn’t get elsewhere.

How do you plan to expand in the near future?

We currently have around 300 employees worldwide. In terms of future expansion; the opening of an office in any new market is a strategic global business decision - we look at countries and observe which markets are over-indexing. Our priority is to make sure Viber is the best app it can be for our users all around the world by listening closely to feedback we get on a local and global level and providing strong localised content that resonates with users everywhere.

Catching up with Viber CMO Mark Hardy; 600 million users, 300 employees and one acquisition later
Comments 1
Follow the developments in the technology world. What would you like us to deliver to you?
All