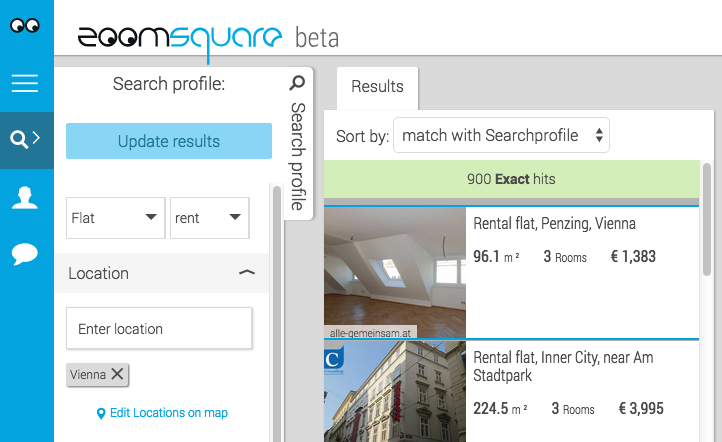 Austrian real estate search startup zoomsquare has raised an undisclosed amount of funding. That's not big news, of course, but the funding notably comes from one of the best-known tech investors in Europe, British tech pioneer Hermann Hauser (who was born in Austria, by the way).

I won't go as far as calling Hauser the "Steve Jobs of Great Britain" as the press release implies, but the man definitely has an impressive track record: from playing a crucial role in establishing Cambridge as a formidable tech cluster - having founded Acorn Computers in the late seventies, and founding a bunch more companies after that - to starting VC firm Amadeus Capital Partners nearly 20 years ago.

Zoomsquare, which is Hauser's first investment in Austria, plans to use the fresh cash to expand to Germany in a matter of months and expects to conclude a Series A round in the summer of 2016.

One of the startup's co-founders, Christoph Richter, says he views Hauser’s investment as an incentive as well as a duty:

"Over the course of his more than 100 investments, Hermann Hauser has become one of the most experienced, influential and successful venture capitalists in Europe. From over 1,000 startups, he selects in average just three or four a year to receive investments. When leaders in the field of his caliber believe in our project, well that provides us with a lot of courage. His engagement with us is a distinction and we’re already excited to being able to rely on his expertise, his wealth of knowledge and his impressive network“.

Zoomsquare offers a real estate search engine that's heavy on semantic text analysis, geocoding, big data crawling, machine learning and a matching algorithm, which it says has led to growth of more than 350% alone in the first half of 2015 alone.

Reasons enough for us to keep a close eye on the company.

British tech pioneer backs Vienna-based property search startup zoomsquare
Comments
Follow the developments in the technology world. What would you like us to deliver to you?
All