This week, in our ‘Startup Spotlight‘ series, which features relatively under-the-radar but interesting European tech startups, we highlight German company Käuferportal, which runs a popular online platform that connects buyers and sellers of not-your-average, 'upscale' products.

The marketplace / service is only available in Germany, but it's a remarkable 'hidden champion' that is preparing to make a huge push into the rest of Europe in 2016, and it's worth diving a little deeper into what they're up to. We talked to founders Robin Behlau and Mario Kohle (pictured above), whose self-declared mission is to bring the 'old economy' into the digital world.

They started the company in 2008 as students, from their living room, and today Käuferportal says it connects online customers to thousands of local businesses, facilitating product sales for €1 billion per year. Next year, the Berlin-based company plans to expand to ten countries, starting with the UK, France, Belgium, Austria and Switzerland.

tech.eu: What is Käuferportal, in a nutshell?

Where did the original idea for Käuferportal come from?

Mario Kohle: “Our first idea was to create a search engine for books. It was a flop. But then we met Lukasz Gadowski, one of the most famous Internet entrepreneurs in Germany. We went for an ice cream and brainstormed about a number of business models. Together we developed an idea of connecting online customers to local businesses. Käuferportal was born.“

How did you meet your co-founder and what were you doing before starting the company?

Robin Behlau: “We got to know each other at the age of 12, sitting on the subs’ bench of our football club. We became best friends and decided to start a joint company some day. Mario studied business administration, I studied real estate management. After completing our studies, we quickly realized that now was the right time to turn our dream into reality.”

What makes Käuferportal stand out compared to its competitors?

Kohle: “We aren’t just another tech startup, we are a people business. We help people, finding the perfect product for a fair price. You put a free request on our website and we call you back to specify your needs. Consumers get specifically selected and verified companies, our local businesses receive prospective customers via the Internet.” 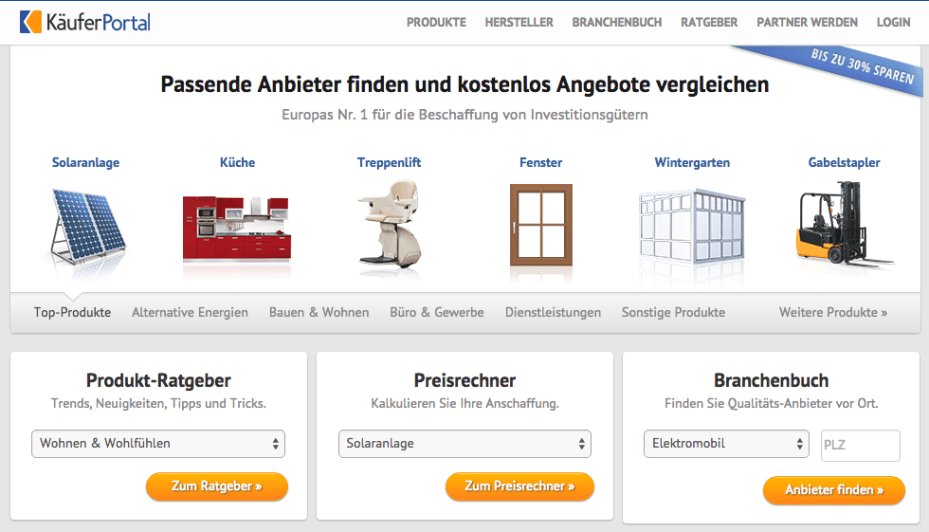 How much funding have you raised, and do you have any plans to raise more?

We've raised €3 million to date – little capital compared to other Berlin-based startups. We have a simple philosophy: Our earnings shall be preceded by our costs.

Can you share some interesting numbers with us (usage, traffic, revenue, profit, staff numbers etc.)?

What is Käuferportal's revenue model? Has your thinking on the business model has evolved since the start?

Our revenue model is called “lead generation”. We deliver qualified prospective customers that local companies wouldn't have acquired otherwise in order to generate further growth for their business. In the beginning, Käuferportal was a purely B2B-orientated company with products like copiers or water dispensers. In recent years, we specialized in B2C and now offer kitchens, stair lifts or windows. 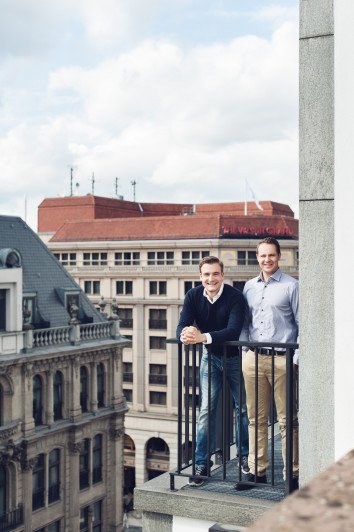 What's Käuferportal's plan for the next three months? (expansion, adding markets/languages, new features?) And what do you hope to have achieved in 12 months?

As ´KPglobal` Käuferportal will start in ten countries by the end of 2015 – we started with the United Kingdom last summer, and next up are France, Belgium, Austria and Switzerland.

Do you allow people to bring pets to the office? why (not)?

We love pets. But we know one or two allergy sufferers in our office. We don’t want them to hit the panic button when a little chubby pug comes round the corner.

Startup Spotlight: Berlin's Käuferportal plans pan-European roll-out of its online marketplace
Comments
Follow the developments in the technology world. What would you like us to deliver to you?
All

NEXT
Is Web Summit a scam? Well, if you have to ask ...
Yesterday, tech.eu's Neil Murray got up at 5AM in the morning itching to write an opinion piece…
Robin Wauters