Tech.eu Insights creates insight and guides strategies with its comprehensive content and reports. Browse popular Insights content.
Examine the effects of the latest technology with the Tech.eu lens, see the details and create powerful strategies. Take immediate action to access exclusive articles and reports.
Review Advantageous Packages
Does your company have Insights access? Check it
SaaS
Sponsored by SaaStock

SaaStock 2017 is just around the corner. This year’s expanded conference now runs across three days in Dublin on September 18 to 20 with 1,500 SaaS founders, executives, and investors from 40 countries.

SaaS conferences in Europe were few and far between until last year when SaaStock launched its inaugural event in Dublin giving European SaaS founders an opportunity to network and meet with investors face-to-face without shelling out huge chunks of their budgets for conferences in the US. Over a 100 investors have already confirmed attendance.

Unlike many other tech conferences, SaaStock aims to provide attendees with practical knowledge and experiences to help their businesses grow. It does so by also adding a relaxing and fun atmosphere, often associated with tech conferences, too.

SaaStock 2017 gets rolling on Monday September 18 with the return of the SaaS.City accelerator, a day of SaaS bootcamps, workshops, investor gatherings, pub crawls, and other satellite events around Dublin. Four themed bootcamps tackling subjects like sales, marketing, customer success, and strategic leadership will feature seasoned SaaS veterans from Slack, Zendesk, New Relic, and more. At the end of the day, everyone gathers at Powerscourt Townhouse for SaaStock’s opening party.

The main event kicks into gear on Tuesday with the two-day conference. More than 120 speakers will be discussing every aspect of the SaaS journey, whether it’s sales, marketing, talent, product, or securing investment. They offer their hard-earned experiences as advice. 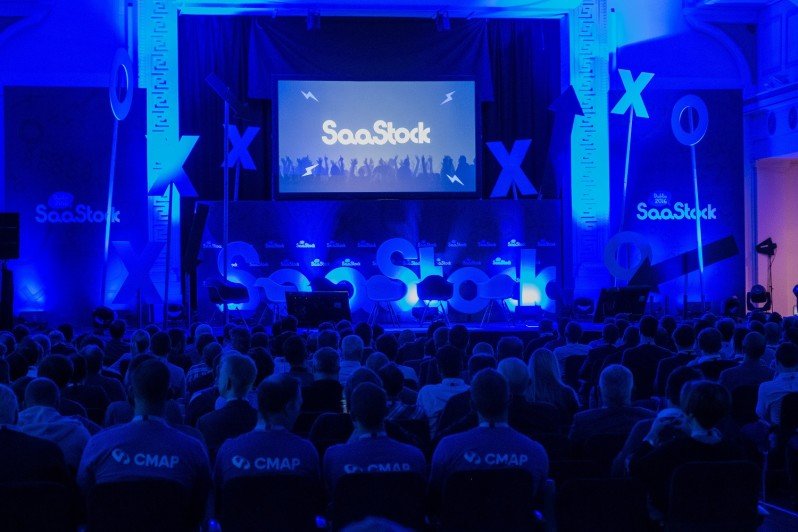 SaaStock is spread across three different stages: Scale, with talks on scaling your company to $100 million annual recurring revenue (ARR); Growth, where speakers will provide practical insights into shifting your company from $1 million to $10 million ARR; and Traction, for the early stages of reaching your first customer and reaching $1 million ARR.

Some of this year’s speakers include Ryan Smith, founder of unicorn Qualtrics, Bill Macaitis, former CMO of Slack and Zendesk and former SVP of marketing at Salesforce; Cristina Fonseca, cofounder of Talkdesk; Dave Skok, general partner at Matrix Partners; and Peter Coppinger, CEO of Teamwork, which has been bootstrapped to $18 million ARR. See the full list of speakers here.

This year also sees the introduction of the first CTO track at SaaStock. On day two, the Traction stage will be taken over by SaaS company CTOs with talks on building the product, developing the engineering teams and setting up the processes that make them an efficient organisation.

Once the main conference wraps up, SaaSociety, an invite-only event for founders of SaaS companies over $10 million ARR takes place on Thursday bringing together select SaaS leaders and investors. You can apply for an invite.

Tickets are still available for SaaStock but prices are increasing on August 18. Readers of tech.eu can avail of a discount here.

Europe’s biggest SaaS conference SaaStock returns to Dublin next month
Comments
Follow the developments in the technology world. What would you like us to deliver to you?
All

NEXT
German startup FlyNex raises seed round for its drone software
FlyNex, a German drone company, has raised a “seven-digit seed round” from…
Jonathan Keane