tech.eu today released an in-depth report on the Baltic startup ecosystem(s) at the Digital Freedom Festival in Riga.

The report features an data-driven look at how the technology startup scenes in Latvia, Lithuania and Estonia have evolved in the past four years, zooming in on trends in funding and M&A transactions.

The report also features interviews with local startup ecosystem champions and representatives from all three Baltic states, as well as a list of notable startups and past exits across the region.

In the period between 2014 and Q3 of 2017 (thus excluding TransferWise’s $280 million round announced in November), Baltic tech startups raised more than €465 million across 385 deals, with a few notably large financing rounds significantly lifting up the numbers in each country. From a pan-European perspective, the investment volume is relatively low, but considering the size of the countries, the report also looks at funding per capita where the Baltic countries score very high, in Estonia’s case even outperforming Germany and France. 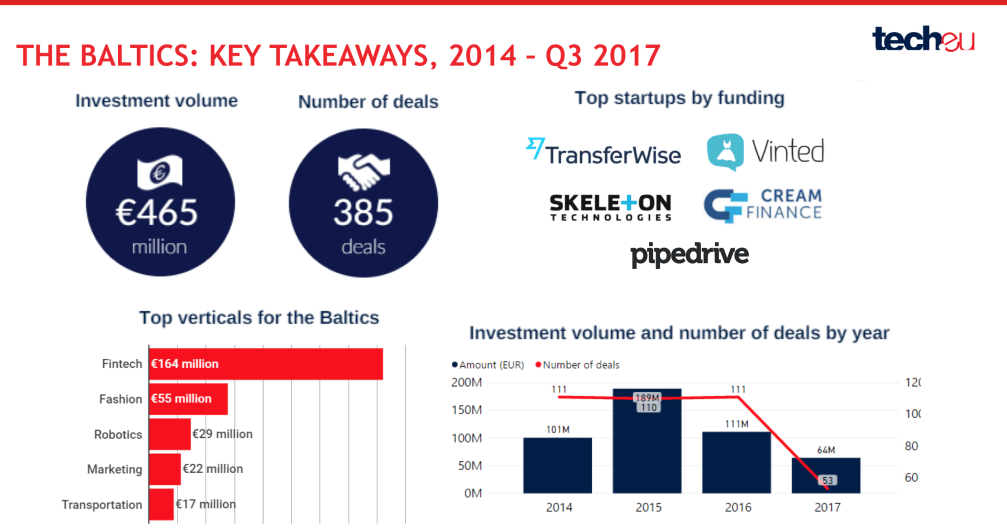 The Baltic governments stand out for entrepreneur and foreigner-friendly policies, with a particular focus on welcoming talent from abroad, e.g. the e-residency program in Estonia and the ‘Startup Visa’ programs available in all three Baltic states. However, foreign investors still need to find their way to the Baltics, as most capital going into startups comes from local funds with average round sizes generally being on the low side, comparatively.

Baltic startups typically move their headquarters or main sales and marketing hubs outside of the region as they scale up, most often in places like London, New York or the San Francisco Bay Area, but oftentimes the R&D, engineering and back-office positions remain in the Baltic region. 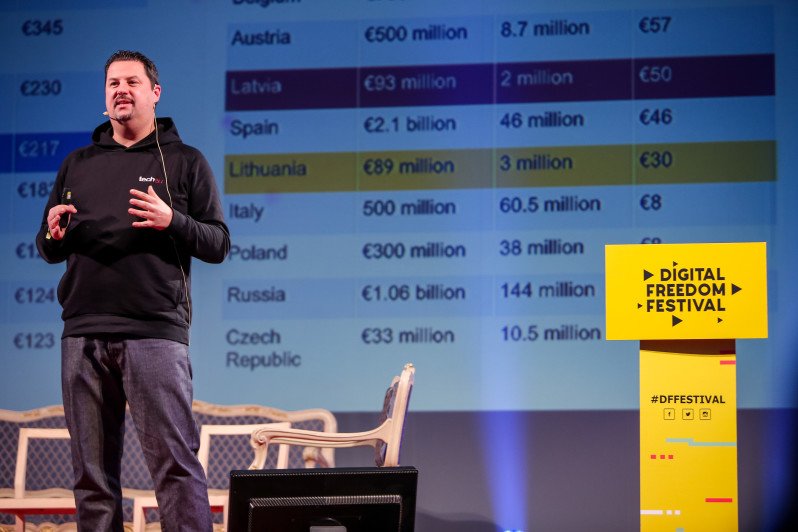 The report also looks at exit activity, concluding that there are relatively few M&A transactions, IPOs and ICOs as the startup ecosystems mature slowly but steadily, with a few notable past deals such as Latvia Infogr.am (acquired by Prezi), Lithuania’s Oberlo (acquired by Shopify) and Estonia’s VitalFields (acquired by The Climate Corporation).

Dagnija Lejiņa, Co-Founder and CEO of the Digital Freedom Festival: ”During the Digital Freedom Festival, the first independent report on the Baltic startup ecosystem was presented. I hope that this will serve as the foundation for fruitful discussion on if and how we can achieve closer cooperation between the Baltic countries to promote technological development and innovation, and that it will be a positive driver for policymakers, investors and startups fighting for our spot on the European and world map.”

The full report can be purchased here for £99, or downloaded free of charge when signing up for a premium tech.eu subscription (€100/year) before 8 December 2017.

tech.eu Report: A Deep Dive into the Baltic Startup Ecosystem(s)
Comments
Follow the developments in the technology world. What would you like us to deliver to you?
All