A few years ago, Daumantas Dvilinskas, the CEO and cofounder of TransferGo, met a headache that’s familiar to many entrepreneurs. The company he was then running had an international supply chain that required paying international suppliers on a weekly basis. The process for money transfers such as this, at that time, could take up to a week, he said.

Dvilinskas recalled a particularly frustrating experience: “At the time, one of the major UK banks had missed the transfer, they sent to the wrong country. I received this very interesting letter from them saying yes, we agree that was our mistake, but our policy allows us to do nothing about it and please do not contact us again. After that letter, we thought, this wouldn’t happen in any other industry.”

It turned out to be the seeds for TransferGo, an international money transfer and FX business.

The company entered a crowded space for remittance services when it targeted its features at migrant workers that are sending money home and looking for alternatives to Western Union or MoneyGram. To differentiate itself, Dvilinskas claimed, the company is the only money transfer service of its kind that operates in real time and is up to 90% cheaper than others.

“We are the only ones who can do real time. We’re the only player that guarantees 30-minute delivery of funds, it doesn’t matter which account you are in or your recipient is,” said the CEO. 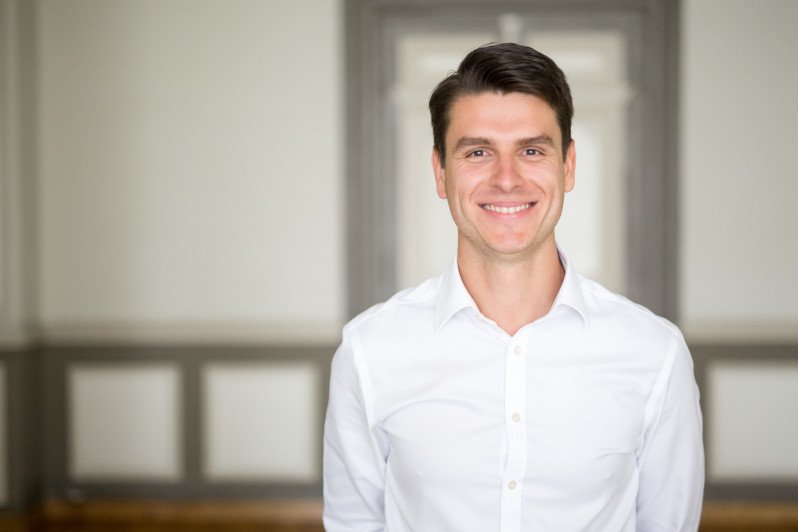 “The reason we can do that is our settlement model; we are ‘local in and local out’, and with that model we bypass traditional clearinghouses. We are not effectively using SWIFT, we are not even using SEPA or SEPA Instant. We’re faster than any of these networks.”

TransferGo has built a dense network of partner banks in order to do this: “That intrabank bit is what allows us to do real time.”

The London-based company’s customer base is European but offers services to send money anywhere in the world – it recently added China. The bulk of its transfers are from the UK to the Baltics and Central Eastern Europe. It has 400,000 registered users and is aiming to reach a million by the end of year. Currently it’s signing up about a thousand new users daily.

“Our business is mostly individuals but we have recently invested in our B2B product to enable businesses to send money internationally because that’s how the company was actually born.”

Revenue has doubled in the last year, said Dvilinskas, though he didn’t reveal any numbers.

When developing its network of banks, customers, and recipients, TransferGo, based in the UK, has to consider regulations from country to country and bank to bank.

“This business is based on these banking relationships and being compliant with various regional regulations so of course we need to be flexible,” explained Dvilinskas.

“The biggest challenge for us is Brexit in the UK and the small chance of a hard Brexit with the removed passporting as an option for us,” he added, referring to the financial services regulations that allow one EU-based bank to offer services to another EU-based company without any friction.

TransferGo has all the necessary licenses to currently operate its business but it is taking action to safeguard its future. It is applying for an e-money license in Lithuania in order to base some of its services there, where it also has an office.

“There’s a very progressive national bank in Lithuania. It’s quite innovative and looking to license the innovators in the space,” said Dvilinskas.

“With Brexit we’re trying to hedge that bet with an e-money license in Lithuania.”

Having raised more than $10 million in venture capital, TransferGo is “always in talks” with investors to raise more money. It recently hired a new chairman in former CEO of PayPal EMEA Renier Lemmens, and is seeking a new product director as well as filling up its recently opened Berlin office with plans for a location in Warsaw.

How TransferGo brought digital remittance into real time
Comments
Follow the developments in the technology world. What would you like us to deliver to you?
All