Here's a roundup of this week's biggest European Tech funding rounds, exits, 'other news' that you need to be aware of, topped off with an overview of must-read articles on all things #EUtech.
Robin Wauters 10 June 2022
Share
Facebook Twitter Linkedin

This week, our research team tracked more than 110 tech funding deals worth over €1.9 billion, and over 15 exits, M&A transactions, and rumours, and related news stories across Europe. 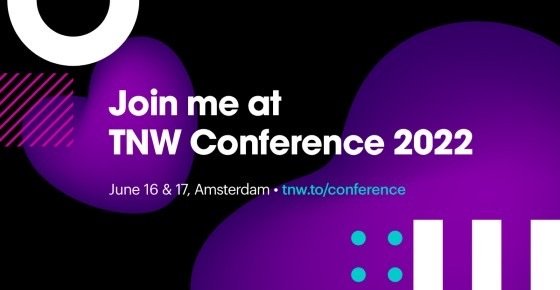 Loughborough-based software firm Access Group has reached a valuation of £9.2 billion after receiving £1 billion investment from its shareholders, Hg and TA Associates. The new development makes the firm one of the largest UK-headquartered software providers.

Multiverse, the apprenticeship startup founded by Euan Blair, son of former British prime minister Tony Blair, has become the UK’s first edtech unicorn after its latest funding round gave it a $1.7 billion valuation. London-based Multiverse said it will use the proceeds of its $220 million Series D round to “accelerate” its US expansion.

A share sale among investors has lifted the valuation of Belgian open-source software scale-up to €3.2 billion in the middle of a 'tech downturn'.

Amsterdam-based Backbase, which empowers financial institutions to accelerate their digital transformation, has raised €120 million in a growth equity round of funding. The company has now earned the status of a unicorn with a current valuation of €2.5 billion.

Paris-based e-commerce and visualisation company nfinite has raised $100 million in a Series B funding led by Insight Partners.

London’s Codat has raised $100 million in a Series C round led by J.P. Morgan. The fresh influx will be used to build out what the company terms “critical infrastructure” to be used as the default means of data sharing in the SMB economy.

Parisian AI biotech unicorn Owkin has brought in $80 million as it partners with the US-based pharmaceutical giant Bristol Myers Squibb on drugs trials.

UK-based open banking fintech Bud has raised $80 million in a Series B funding round led by an indirect affiliate of investment funds managed by TDR Capital.

Norwegian video calling startup in the healthcare market, Confrere has been acquired by Y Combinator and Tiger Capital-backed Daily.

After snapping up 20 percent of Munich-based e-bike company Fazua in February of this year, Porsche has now acquired the company’s remaining shares.

Aiming to become the European leader of talent acquisition solutions, CleverConnect and Talentry have just announced they will be joining forces to arm companies with the recruitment and HRtech tools they need.

Dresden, Germany-based Solarwatt, a pioneer in the field of solar-powered sector coupling, announced that it has acquired Utrecht, the Netherlands-based battery storage specialist REConvert for an undisclosed amount.

London-based VC firm Felix Capital has closed its fourth fund at €562 million. The biggest fund, since its launch in 2015, takes the total managed by the VC to $1.2 billion.

Euronext has set up a new technology segment to help the sector's leading companies gain more visibility across the continent's asset managers and other investors. The pan-European stock exchange said on Tuesday that its top growth and tech company listings such as ASML, Just Eat Takeaway.com, TomTom and Ubisoft now form a new segment, called Euronext Tech Leaders, which can be tracked by a dedicated new index from July.

Often cited as the benchmark when it comes to hardware crypto wallets, Paris-based Ledger has announced a joint €100 million venture with Cathay Innovation that will invest in Seed to Series A startups working in the DeFi, security, infrastructure, digital ownership technologies, protocols “and more” sectors.

The European Innovation Council (EIC) will provide €20 million in funding for Ukrainian startups just days after an MEP launched an investigation into the problems that have plagued the body since its launch.

Initially targeting ​​€20 million, Amsterdam-based VC firm Acrobator seen an oversubscription rate that’s well on its way to hitting a self-imposed hard cap at €30 million to fund startups in the CEE, CIS, and Baltics regions that have already or are preparing to make the leap to Western markets.

Busy day today for the UK's competition watchdog CMA as it opened a fresh probe into Google's Play Store, announced a market investigation into mobile browsers & cloud gaming, and accused Apple & Google of exercising a "stranglehold" over mobile ecosystems.

The European Union has agreed on new rules adopting USB-C as a common charger, which may force Apple into using the connector instead of Lightning on iPhones by late 2024.

EU’s new innovation fund has had a rocky start under Horizon Europe. MEP Christian Ehler is pushing to get debate out in the open and make the Commission sort out the problem.

WhatsApp has until July to show that a privacy policy update introduced in January complies with EU consumer law, the European Commission said on Wednesday, in a case prompted by complaints from consumer bodies across Europe.

We.trade, the Dublin-based blockchain company co-owned by several major banks, has called in a liquidator.

The French Presidency of the EU Council has issued a compromise text on the legislation on online political advertising, clarifying the scope of the rules.

Cazoo, a London-based online used car marketplace, announced on Tuesday that it will lay off 15 per cent of its workforce as it plans to realign business to de-risk its path to profitability and extend its cash runway.

After spending the better part of a decade crafting big data models at McKinsey, Spotify, EQT Ventures, and now Ark Kapital, CPTO Henrik Landgren makes the case for (cautiously) setting a course right through the eye of the storm.

The UK and Ireland region has held on to its crown as Europe's leading venture ecosystem with a strong start to 2022.

Europe can still become a world leader in the platform economy, but it needs a balanced legal framework.

Research from NGP Capital finds that purpose-driven startups are less likely to fold and attract more funding compared to their non-SDG counterparts.

Why the EU’s Transfer of Funds Regulation is self-sabotage.

Europe’s need to catch up with software-led New Defense.

6 reasons to invest in startups in Ukraine.

How to land a job at a UK tech startup.

Piracy on the rise in the Nordics.

This Week in European Tech: Access hits £9.2 billion valuation, Multiverse minted a unicorn, Felix's new €562 million fund, Porsche buys Fazua, and more
Comments
Follow the developments in the technology world. What would you like us to deliver to you?
All