Microsoft acquires Berlin's 6Wunderkinder / Wunderlist: some thoughts, and some facts

So Microsoft has seemingly made yet another acquisition that makes sense (what is it with the software giant lately?), picking up Berlin-based 6Wunderkinder and its well-designed, popular productivity app Wunderlist for a reported $100 million to $200 million.

While pundits - myself included - have taken to Twitter to debate whether this is a good deal for Berlin or not (it is, and it isn't), here are some thoughts and facts about the deal to give you some context.

First of all, the acquisition has not been confirmed by either party yet. I have no doubt The Wall Street Journal's Amir Mizroch's source is solid, though, or it simply wouldn't have been published yesterday.

UPDATE: The deal has now been officially confirmed on the company blog.

Also worth noting: the German-language Manager Magazine reported that Microsoft was in late-stage negotiations for the acquisition of the Berlin startup on the 20th of May, more than ten days before the WSJ report, albeit without mentioning a price point. In fact, the word on the street was that 6Wunderkinder was on the block for $300 million only a few weeks ago. Either those were totally unsubstantiated, or the price has come down fast during the negotiations.

Second of all, the purchase price range reported by the WSJ is very broad. There's a world of difference between selling a company that has raised around $25 million in capital for $100 million or for $200 million - for the founders and its financial backers, no matter what stage they've invested in.

Thirdly, there seems to be some confusion about 6Wunderkinder's current cap table. In a blog post, the very bright Gil Dibner (formerly a VC with Index Ventures and DFJ Esprit and now primarily an angel investor) speculates about the importance of the acquisition and the return for the investors involved.

Dubbing the deal a "triple wake-up call", he did some math and concluded that this deal is likely insignificant in terms of returns for 6Wunderkinder's late-stage investors, notably Sequoia Capital.

To wit, the latter led the last ($19 million Series B) round for the Berlin startup, and likely put up the bulk of the cash. Dibner pegs 6Wunderkinder's valuation at the last round at $76 million; reports indicate it was more something like $60 million.

tech.eu has also learned, and confirmed, that two of 6Wunderkinder's early investors, High-Tech Gründerfonds (HTGF) and T-Venture (previously the venture capital arm of Deutsche Telekom) sold all of their shares to Earlybird VC and Sequoia in secondary transactions, respectively.

Does that mean Earlybird, Atomico and Sequoia were the only investors in 6Wunderkinder left on the cap table? No, it does not. In fact, e42 Ventures - a small investment firm founded by German entrepreneurs Alex Koch, Frank Thelen and Marc Sieberger - was the first financial backer of 6Wunderkinder back in late 2010 and remains a shareholder to this day.

Very likely, they're the ones - along with the founders - who will be celebrating the deal the most. As Dibner says, this is the way it's supposed to work, and it's healthy for the ecosystem.

How big a deal is this?

Then there's the debate whether this is a Good Deal®. Personally, I'm on the fence.

I agree with people who said this is a great deal for the early investors, the company's founders, and the Berlin startup ecosystem in general. There's absolutely no question that it is.

At the same time, I can't help but think 6Wunderkinder could (should?) have been bigger and bolder.

For your information: out of the European tech exits we monitored in 2014 with a disclosed price, the average exit was for around €641 million. That's roughly 5 times more than what 6Wunderkinder (again, reportedly) sold for. And yes, it's another US tech company closing the deal.

As The Nordic Web's Neil Murray pointed out on Twitter, the deal simply isn't all that significant in the grand scheme of things, and I agree with his statement that it isn't a watershed moment for Berlin (mainly because Berlin is already on a much bigger roll). If anything, the fact that it can be considered rather insignificant means the Berlin scene as a whole has become so significant, in a way.

Swinging for the fences

Almost a year ago, our own Charmaine Li interviewed Christian Reber, co-founder and CEO of 6Wunderkinder. Allow me to copy-paste from the interview: 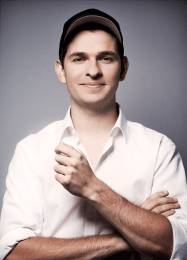 “When we started, there was kind of a wave, lots of new companies were started – especially in 2010 and 2011 – I remember Gidsy, Amen, Readmill,” he recalled. “It was quite easy to raise money at the time, as a young startup. And then 2012 and 2013 were kind of the years where everyone had to prove themselves – some survived and some didn’t.”

Fast forward one year, and Reber has (reportedly) sold 6Wunderkinder to Microsoft, rather than swinging for the fences and creating that mystical 'large, lasting business'. That is not to criticise him - who knows what happened in the 12 months that passed since then - but calling this deal an outright fantastic outcome for the startup is clearly only true to a certain degree.

What really interests me is what happens next. With 6Wunderkinder, but also with Reber, his early investors and with the Berlin tech startup ecosystem in general.

Microsoft acquires Berlin's 6Wunderkinder / Wunderlist: some thoughts, and some facts
Comments 2
Follow the developments in the technology world. What would you like us to deliver to you?
All

NEXT
A look at Switzerland's complicated relationship with innovation: can slow and steady win the race?
Editor's note: this is a guest post from Joe…
Joe Scarboro