Once the Covid tracker of choice for Germany, luca now shifts to address a growing demand in the payments sector with luca pay

When vaccination rates rise and cases start falling, what's a Covid tracking app startup to do? In the case of Germany's luca, keep the QR code tech, and iterate to a payments app.
Dan Taylor 13 July 2022
Share
Facebook Twitter Linkedin

Once upon a midnight dreary when vaccinations were scarce and track-and-trace systems abound, Berlin-based luca was the method of choice for at least 80 percent of all German public health departments. Leveraging the now ubiquitous (return of the) QR code, individuals could use the app to check into restaurants and other businesses the app would alert them if they’d crossed paths with anyone who tested positive shortly thereafter.

According to der Spiegel, the startup had wracked up around €21.3 million in contracts, but as vaccination rates rose, and cases started to drop, so too did these lucrative government contracts.

So what’s a startup to do once the need for its core service begins to dwindle? In some cases, an iteration here or there can keep a business afloat, or in other cases, make nary a dent, and down goes the ship. In the case of luca, CEO Patrick Hennig makes no bones about it: an iteration wasn’t going to cut it, but rather, why not use the company's existing technology to address a growing need across the country, and, cut the middleman out in the process?

Instead of being a track-and-trace app, luca was going to leverage its learnings, alongside the relationships and trust it had established with some close to the 450,000+ restaurants and shops, and use the same QR-code-based technology to become a payments service, eschewing the often error-prone or ineffective card readers.

A bold move, no matter where the location, but particularly daring in Germany, where the motto ‘Cash is king’ has long held its dominance.

However, that attitude is beginning to change, as demonstrated by a recent bitkom survey that found, "From January to March, 93 percent of Germans made at least one contactless payment with a card, smartphone or smartwatch. A year ago the proportion was still 85 percent, at the end of 2020 it was only 79 percent."

Going a step further, in a conversation with Hennig, he relayed the story of a retiree that he'd recently spoken to who had become the equivalent of the neighborhood technology administrator. "People from around the neighbourhood bring me their chips to be registered. At the end of the form, there's a green tick that needs to be ticked, and every time I do this, I feel like I'm staying current, keeping up with what you computer people are doing."

"In fact, the greatest levels of trust for what we're doing right now, we've found in the 40-65 year old range," added Hennig.

As of mid-April of this year, the startup formally disclosed that it had secured €30 million in a seed funding round from investors including Target Global, The Delta, and embedded/capital and was pressing forward with addressing this growing interest and need in digital payments in Germany, and beyond.

And now it's time to put a point to that pivot. 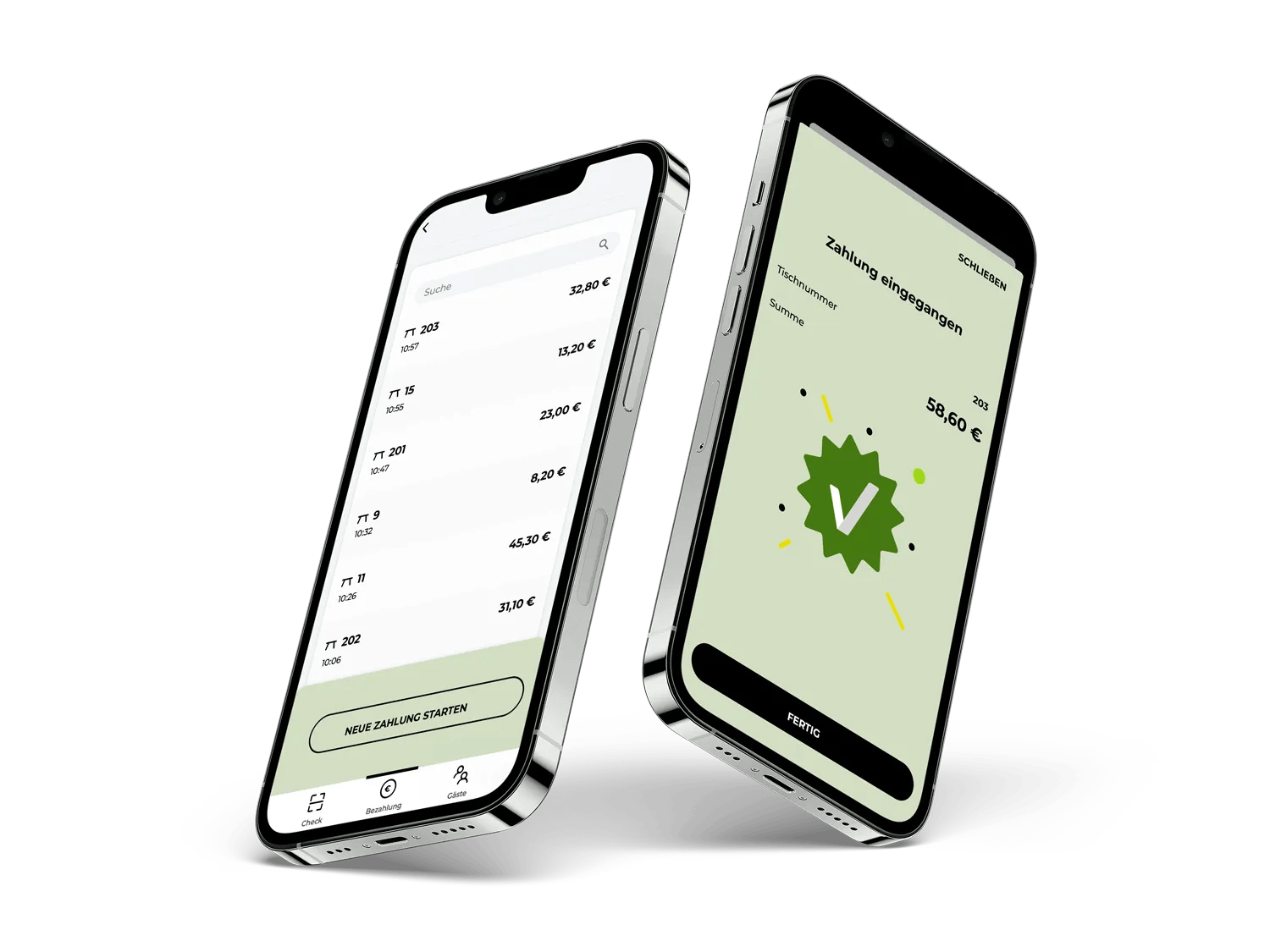 After launching in June, luca reports that approximately 2,000 locations including restaurants, shops, and bars were on board within weeks, and remember those previous 450,000 or so partners? According to the company, they see no reasons these players shouldn’t be flocking to the platform soon enough. It’s a provider they already know and trust, the logic is sound.

While still just rolling out in Germany, in the coming months the company expects to take on the whole of Europe, beginning with the UK, Spain, France, Italy, Greece, Croatia, and Portugal.

Given the current economic climate, one where inflation rates and procurement prices have forced many businesses to look for any and all cost savings, coupled with severe staffing shortages, Hennig believes luca pay can help here as well, offering what he says is a leaner process, cutting out the intermediaries and putting purveyors on an eye-level with global payment networks and providers.

"You might have a situation where you go to a restaurant and see a number of empty tables, but are told that you'll have to wait, because there simply aren't enough staff to look after patrons," said Hennig. "The time is exactly right for luca pay, making customer experiences convenient in our mobile-driven world is more important than ever. Embedding a fully digital process from table reservations and ordering to payment reflected in one digital platform provides a seamless experience for both - the customer and the restaurant owner.”

And it's exactly this full-service experience that luca pay aims to provide that will help restaurants and shops make all the difference. By giving consumers an opt-in possibility, their favourite restaurant in Berlin can also be their favourite restaurant in Hamburg. In other words, through the app, and at the diners discretion, through luca pay, a variety of information can be shared such as, "See, through the app, one of my favourites in Berlin knows that I'm constantly 10 minutes late, so when I don't arrive at 8 on the dot, they're not going to cancel my reservation," explained Hennig in an example.

In order to deliver on this promise, the investments, and more importantly, industry know-how, support, and connections from The Delta (Julian Teicke) and embedded/capital (Ramin Niroumand) are going to come in mighty handy, as luca pay isn't so much a pivot, but a refocusing of services now in a post-Covid panicked world.

“The new generation of fintech companies can leverage on the existing infrastructure that has been built in the last decade. Patrick and the entire luca team has already proven their stellar capabilities to build spot-on convenient solutions for the hospitality sector. We are excited to support them in building a fast growing business with our expertise and strong financial service network - as a sparring partner on in-depth process improvements in regulated environments or with an introduction to the right person or an embedded/capital LP - we are here to back luca on their journey becoming a full-service digital consumer platform for the hospitality sector," commented Niroumand.

Now about that data

Having lived a spell or two in both Austria and Germany, I'm (un)fortunately familiar with the German-speaking world's obsession with Datenschutz, or rather, data protection, and all the fundamental rights that go along with it/them.

So what about all the data luca was sitting on? All 41 million users' data?

In a conversation with Hennig, he explained to me that first and foremost luca was designed from the ground up with anonymity in mind. The company collaborated with Prof. Dr. Marian Margraf, the same professor Doctor of Germany's eID programme, to ensure that no one single party could ever access a user's data. Beyond that, not even two parties would be able to unlock the data, as the failsafe system required three security keys to ever get access.

While the service has come under criticism, and Hennig admits that not every single step taken in luca's genesis was absolutely flawless, earlier this year, instead of leaving any questions on the table, the company simply decided to delete some 41 million anonymised datapoints it had (partially) on file. Gone. Without a (track and) trace.

Once the Covid tracker of choice for Germany, luca now shifts to address a growing demand in the payments sector with luca pay
Comments
Follow the developments in the technology world. What would you like us to deliver to you?
All

NEXT
Bringing people together for lifelong learning, The Garden blooms with £3 million
At a time when expertise is under attack…
Megha Paul